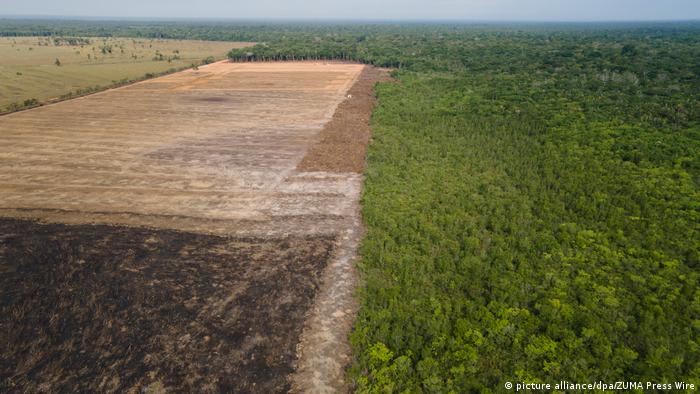 The area of land cleared of trees in the Brazilian Amazon rainforest in April approached double that in the same month a year ago, with deforestation in the region at a record monthly level for the third time this year, preliminary government data has shown.

The large-scale removal of trees in the rainforest is seen by climate scientists as a major blow to efforts to contain global warming, as the region absorbs vast amounts of the greenhouse gas carbon dioxide.

In light of the records already set this year, experts warn that 2022 could mark Brazil's fourth straight year of decade-high deforestation.

What do the statistics say?

Deforestation in the region totaled 1,012.5 square kilometers (390 square miles) in the first 29 days of April, according to data from the Brazilian national space research agency Inpe.

That is 74% more than the same month in 2021, which was the previous record. Full-month figures for April will be available next week.

It is the first time that deforestation has exceeded 1,000 square kilometers during a month in the rainy season, which runs from December to April.

Overall, the first four months of the year saw record deforestation, with 1,954 square kilometers cleared. That represents an increase of 69% compared with the same period in 2021.

Records on deforestation in the Amazon have been kept for the past seven years by Inpe.

Why is deforestation on the increase?

Deforestation in the Amazon has soared since right-wing populist President Jair Bolsonaro took office in 2019.

He has weakened environmental protection for the region, arguing that more farming and mining in the Amazon will help reduce poverty in the region.

"The cause of this record has a first and last name: Jair Messias Bolsonaro," said Marcio Astrini, head of Brazilian advocacy group Climate Observatory, in a statement. 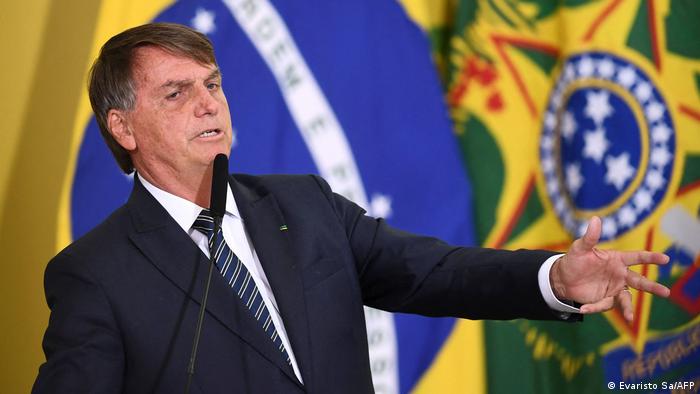 The Brazilian Environment and Justice ministries, in their turn, said in a statement that the government was doing much to fight environmental crimes and combat deforestation in five Amazon states.

Among other things, the major road-building projects in the Amazon promoted by Bolsonaro are driving illegal logging by facilitating access, which drives up land value and makes economic activities, such as cattle-raising, easier.

The Amazon is the world's largest tropical rainforest and an enormous carbon sink. Climate scientists fear that deforestation of the Amazon rainforest will not only release huge amounts of carbon into the atmosphere but also lead to the eventual degradation of the forest into tropical savannah.