The US and China spent the most on their military in 2021, accounting for 52% of the total global defense expenditure, according to a new SIPRI report. Russia also saw a spending jump ahead of its invasion of Ukraine. 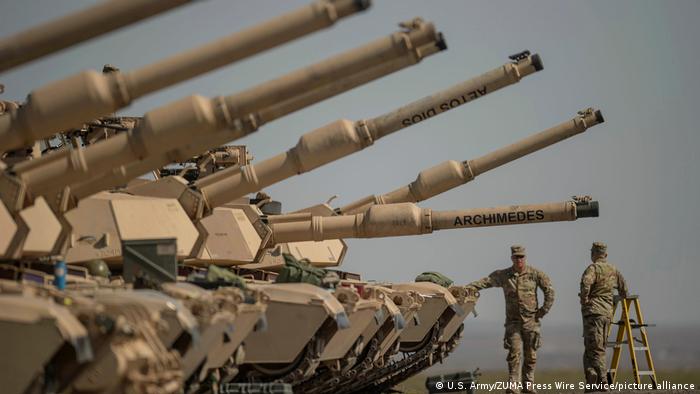 The world's military expenditure grew for the seventh consecutive year to breach the $2.1 trillion mark, the SIPRI report found

World military expenditure surpassed the $2 trillion mark (€1.8 trillion) for the first time in 2021, according to a new report published by the Stockholm International Peace Research Institute (SIPRI) on Monday.

This marked the seventh consecutive year that military spending increased, although the data indicates that the economic impact of the coronavirus pandemic did not dampen military costs.

US, China spend most on military

The five largest military spenders in 2021 were the United States, China, India, the United Kingdom and Russia, which together accounted for 62% of the total spending.

The US and China alone accounted for 52% of the spending, according to SIPRI.

While US spent far more on defense than any other country in 2021, its expenditure dropped compared to prior years. SIPRI said the decline was in part due to an overall decline in US spending on research and development, but added the country remained focused on developing next-generation technologies.

The Russian boost in spending was aided by higher prices for Russian fuel exports and came at a time it was preparing to invade Ukraine, SIPRI experts said.

Germany is third-highest spender in Europe

One of the most notable changes in defense spending came from Iran — where the country's military budget increased for the first time in four years — topping $24.6 billion. Funding for the Islamic Revolutionary Guard Corps in particular grew by 14% compared to 2020.

Making a Killing: Who profits from the global arms trade?