Germany alone carried out the Holocaust, Foreign Minister Sigmar Gabriel has said amid a row over Poland's bill about Holocaust terminology. Critics, including Israel, have warned the bill could "rewrite history." 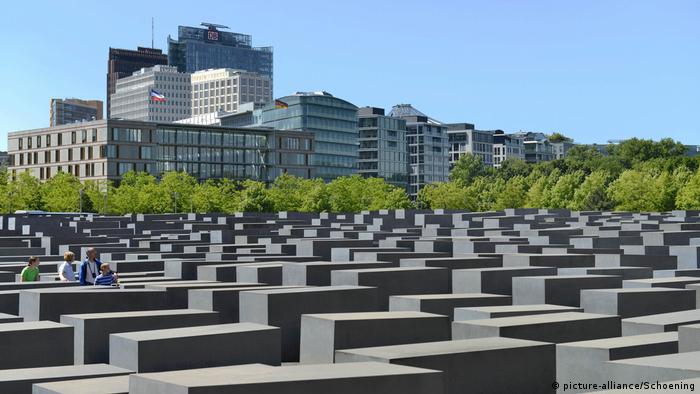 "Individual collaborators" in Nazi-occupied regions during World War II did not change the fact that Germany was responsible for the Holocaust, Foreign Minister Sigmar Gabriel said in a Foreign Office statement on Saturday.

Poland could be assured that "every form of historical falsification such as the term 'Polish concentration camps' runs into clear rejection on our part and will be sharply condemned," Gabriel added.

His statement follows Israeli and US protests to Warsaw that its proposed law would infringe on free speech about the Holocaust.

"This organized mass murder was carried out by our country and no one else," Gabriel said, referring to the murder of 6 million Jews across Europe by Nazi Germany — including more than 3 million in then-occupied Poland.

"There is not the slightest doubt as to who was responsible for the extermination camps, operated them and murdered millions of European Jews there: namely Germans," he said. 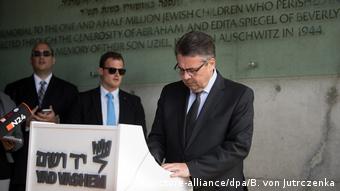 Polish President Andrzej Duda is facing calls not to sign the bill into law within a three-week timeframe following its passage by the Polish Senate on Thursday.

It had already been approved by the parliament's lower house.

The bill foresees jail terms of up to three years for mentioning the term "Polish death camps" and falsely attributing Nazi German crimes at camps such as Auschwitz, Treblinka, Belzec and Sobibor.

Poland's ruling party, the conservative PiS, has said the bill is needed to protect Poland's reputation and ensure historians recognize that Poles, as well as Jews, were victims of the Nazis.

On Friday, the Israeli Embassy in Warsaw said Israel did not oppose Poland's fight to stop the use of the phrase "Polish death camps," saying the proper term for sites such as Auschwitz was "German Nazi camps."

The embassy added that it had in the past week received "a wave of anti-Semitic statements."

Polish minority and ethnic groups, including Jewish, Ukrainian and Russian, on Saturday urged Duda and other authorities to counteract all forms of xenophobia, although they did not directly call on him to exercise his veto on the bill.

"Our particular concern and objection is caused by the numerous and loud manifestations of anti-Semitism that we have been witnessing this week," said the groups.

Before World War II, Jews made up 10 percent of Poland's population. The nation also had large Ukrainian, German, Belarusian and other minorities.

According to figures from the US Holocaust Memorial Museum, the Nazis also killed at least 1.9 million non-Jewish Polish civilians.

The largest group, recorded as "Righteous among the Nations" at the Israel's Yad Vashem memorial, includes 6,532 Polish citizens who helped rescue Jews.

The cellist was deported to Auschwitz, then to Bergen-Belsen. After a music career, she now speaks out about the Nazi atrocities. She commemorated Holocaust Memorial Day with a speech in the Bundestag. (31.01.2018)