Chinese women are becoming increasingly successful in the business world, but still do not have equal rights. However, their growing economic power will change their role in society, says DW's Frank Sieren. 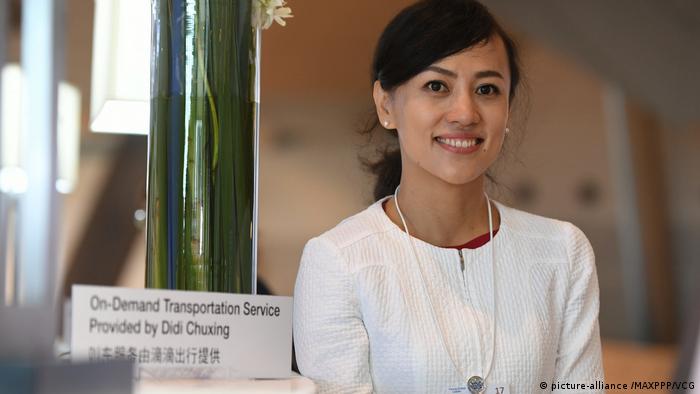 The lessons adult women were supposed to learn at a "female morality class" in Fushun in northern China were dubious at best. The general thrust of the message was that women should do more housework and shut their mouths. In a video, one of the female teachers told her students that it was quite all right for women to be on the lowest rung of society. This video unleashed a wave of anger on social media and earlier this week authorities closed down the school. Nonetheless, other similar schools remain in China.

The debate reflects the difficult situation in which many women in China find themselves today. Well-educated women in urban centers in particular are torn between traditional values and their families' expectations on the one hand and the desire to pursue an independent career on the other.

According to a World Bank report, over 50 percent of professional Chinese women have tertiary education. The equivalent figure for men is 40 percent. Yet, at the same time, a woman who is over 27 and not yet married is considered a "Sheng Nu," a derogatory term that is also used for women who are divorced or do not have children.

More and more women are contesting gender stereotypes. The divorce rate has more than doubled over the past 10 years. A study published this year by the online recruitment service Zhaopin reported that 70 percent of the polled 14,000 women refused to give up their career to have a family and children.

Women play a particularly important role in China's emerging tech scene. The Chinese government estimates that 55 percent of the country's internet firms were founded by women. Even if these figures are debatable, there is no doubt that China's start-up industry has brought about some of the most successful businesswomen in the world.

These include Jean Liu, for example. The 39-year-old mother of three has turned the ride-sharing company Didi Chuxing into one of the most powerful start-ups in Asia and forced her US rival Uber and its chauvinist former CEO Travis Kalanick off the Chinese market.

Or Hu Weiwei, the 35-year-old president of the bike-sharing app Mobike, which is looking to conquer Europe after its success on the Chinese market. The company could raise $1 billion in capital this year alone. 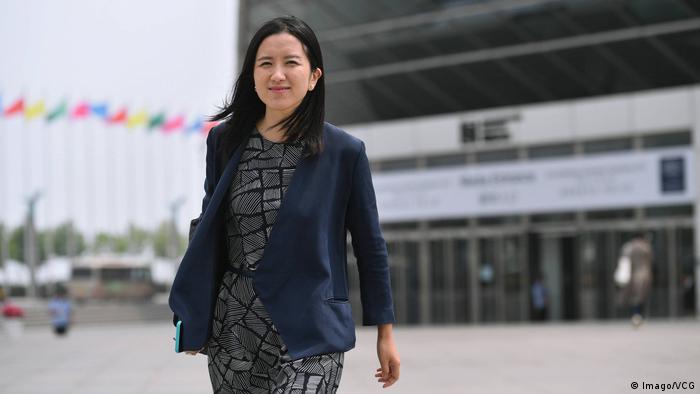 Hu Weiwei is president of the bike-sharing app Mobike

2017 was generally a very good year for businesswomen from mainland China. Nine appeared on the Forbes list of self-made women billionaires. Of 56 businesswomen, 21 were from China and five from Hong Kong. Chinese women are even more present on the venture capital scene. According to a Bloomberg report, 17 percent of investment partners in China are female and some 80 percent of venture capital companies have at least one women amid their ranks. In the United States, this is only 10 percent and about half of the companies don't have any female staff at all.

But the fact that Chinese women are becoming more powerful economically has not yet led to gender equality. According to this year's World Economic Forum "Global Gender Gap Report," China ranks 100 out of 144 countries — behind Senegal and Cambodia. Many Chinese families still prefer male offspring and women earn on average 35 percent less than men. They are less frequently promoted and often have fewer chances of being employed at all after an interview if they are of childbearing age — even more so since the country's one-child policy was abolished in 2015.

No influence in politics yet

Chinese women don't yet play a huge role in politics either, as was clear at the 19th National Congress of the Communist Party in October. Only 10 of the 204 delegates are female and it's been a long time since a woman made it into the Politburo Standing Committee. When it comes to gender equality, in a more Western sense, the government is less interfering.

It is currently in the state's interest that women should marry and have children early to counter the effects of the rapidly aging population. Feminism is not welcomed in mainstream society. Earlier this year, feminist activists who had handed out stickers raising awareness about sexual harassment in subway stations were detained. NGOs championing women's rights are often monitored. The Weibo account of Feminist Voices, one of the most famous feminist portals in China, was blocked.

Professional women are a target

However, it seems as if economics will change the situation, as is the case in many areas of society in China. More and more companies are discovering China's female professionals as an important target group. According to a report by BCG Perspectives, the income of China's female population will surpass $4 trillion by 2020 compared to $350 billion in 2000. The purchasing power of Chinese women is more significant than ever.

Brands such as Chanel, Dove and SK-II are especially popular among successful urban women. Their advertising campaigns carry a more progressive image of women and does not categorize them simply as princesses or domestic goddesses.

China's independent businesswomen have long proven that they can do much more than China's traditional gender roles allow.