According to a new list from Forbes, a property developer is now the richest person in China, although his company is known for its vast debts. There's only one woman among the 10 wealthiest people in the Asian nation. 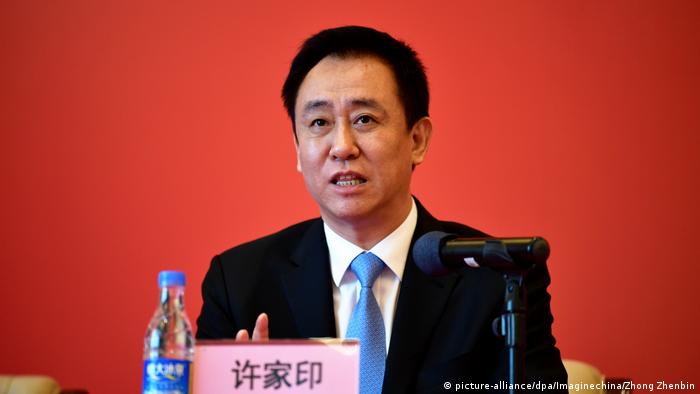 Property developer Hui Ka Yan (pictured above) is China's new No.1 in terms of accumulated wealth, according to Forbes' list of the country's billionaires.

Hui's net worth this year is $42.5 billion (€36.1 billion), a level of wealth never attained before by a Chinese person.

He managed to add $32 billion to his coffers in the past year due to a 469-percent increase in the share price of his listed company, China Evergrande Group. The firm is active in both residential and commercial property.

Reshuffle at the top

Hui's profits grew ninefold in the first half of 2017, Forbes reported, despite China Evergrande being under scrutiny for its vast debts and the Chinese government trying to rein in private-sector spending.

Runners-up in Forbes' list are the founders of two of China's internet giants — Ma Huateng of Tencent with a fortune of $39 billion, and Jack Ma of Alibaba with a net worth of $38.6 billion.

The only woman among the 10 richest Chinese people comes in at number six. Yang Huiyan is a majority stakeholder of property developer Country Garden Holdings and has a fortune of "just" $20.7 billion.

Entrepreneurs from the technology sector dominate this year's list of the richest Chinese, compiled by Forbes magazine. And no one is quite as affluent as the founder of e-commerce giant Alibaba. (28.10.2014)

At least 100 people were detained as thousands of opposition protesters staged a series of smaller rallies in Minsk suburbs. They were attempting to evade a crackdown by authorities on mass gatherings.