′Men′s world′: The sexual harassment video that shook Germany | Germany | News and in-depth reporting from Berlin and beyond | DW | 26.05.2020 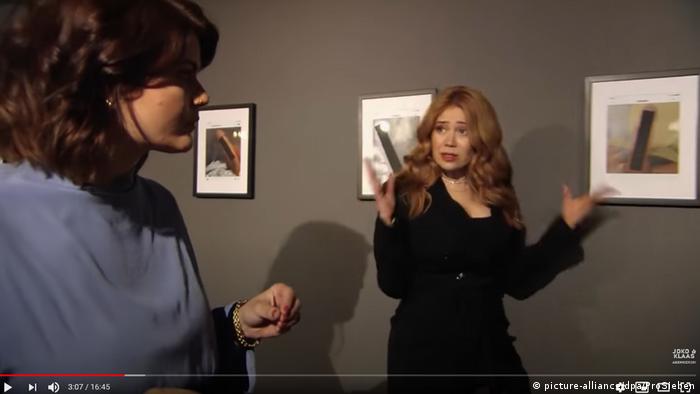 The video opens in a dark art exhibition — in a seemingly endless gallery of unsolicited "dick pics," pictures men have sent women of their penises. It aired on May 13 during primetime, at 8:15 p.m. on German private TV channel Pro7.

"This may be the scariest, but also the most necessary exhibition in the world," author and journalist Sophie Passmann tells viewers.

Two male German comedians, Joko Winterscheidt and Klaas Heufer-Umlauf had been given a free hand to do whatever they liked with a fifteen-minute time slot. The two men, known for drawing younger audiences with their pranks and wild stunts, surprised their audience with their selection: They gave the time to the feminist Sophie Passmann.

The 26-year-old Passmann is well-known in Germany for her commentary on social media and roles as a radio host and author, last year she published the book "Old White Men" where she interviews male celebrities about feminism. With her wry sense of humor and biting commentary, she's regarded as a leading voice of her generation, particularly those fed up with the status quo. 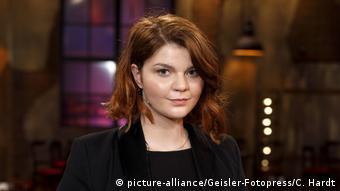 As the host, Passmann guides viewers through the 15-minute video segment, taking them through exhibitions that include misogynistic YouTube comments and threatening text messages. The whole show ends with an exhibition of the outfits women wore when they were raped — among them a swimming suit, a prom dress and pajamas.

After the show aired, the hashtag #Maennerwelten (or Men's World) trended for days on Twitter in Germany. The YouTube video has garnered over 3.8 million views since it was posted and was also uploaded with English subtitles.

It prompted women across the German-speaking world to come forward with their own stories on social media, posting their own screenshots of abuse they'd received from male strangers.

Twitter user Eleviisa said that she reported someone who sent her an unsolicited picture of his penis, but that the police didn't pursue the case because he didn't flash her in real life.

Many men expressed surprise at what was shown.

"Simply unbelievable… as a man in his late 20s, I feel nothing but shame and disgust," one man wrote in a comment on YouTube.

So observers were surprised at the huge resonance of Passmann's video.

"I think that what this video has accomplished is that many men have understood that each of them knows at least one woman who has had these experiences," Ricarda Lang, the women's policy spokeswoman for the Greens told DW.

She noted that problems remain that need solutions on a political level.

"Unfortunately, we still too often have situations where digital violence is not taken seriously by the authorities," she said. "First of all we need good equipment and personnel as well as training for the police in how to deal with sexual violence and especially digital violence."

Read more: #MeToo and other hashtags for equality 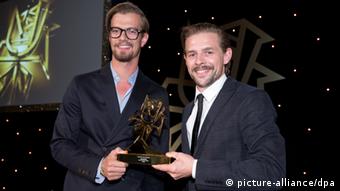 Joko Winterscheidt and Klaas Heufer-Umlauf are popular with young Germans

Following the "Men's World" video, the message now is: it's time for more men to take action.

Nils Pickert, an author and member of the anti-discrimination organization PinkStinks Germany, said that call to action particularly applies to men who recognize the problem but don't speak up to their friends.

"If we would finally ensure that there are fewer perpetrators than to act surprised when victims cry out, then we would take a step forward," he told DW.

But cultural scientist Madita Oeming urged for a wider spectrum of experiences to be considered, particularly those most at risk of violence.

The voices of women of color, women with disabilities, trans women and others in the LGBT+ community were noticeably absent from the "Men's World" video, she told DW, noting that even one sentence mentioning marginalized communities would have made a difference.

"In this case, it is not only a matter of representation but also of intersectionality. Sexism hits even harder when combined with other forms of discrimination," Oeming emphasized.

'Men's world is a permanent exhibition'

Towards the end of the video, Passmann tells viewers that she and the male hosts who set up the video are aware that their 15 minutes of primetime will not change the world.

"Because unfortunately 'Men's World' is a permanent exhibition that cannot be limited to a few minutes on television or in a few rooms, but will continue during and after this show," Passmann said.

"We probably have to put up with this shit for a while longer — but we don't have to accept it."

You can find more stories about Germany here