Two years ago, the #MeToo tweets shocked the film industry and lead to a worldwide movement against sexual harassment. Ever since, women have been using creative hashtags in the fight for more gender equality. 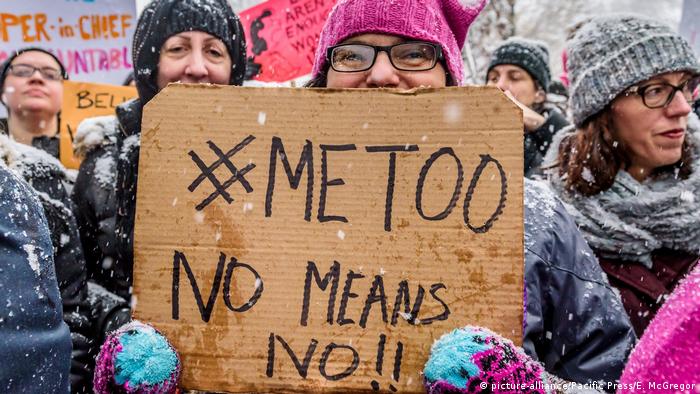 On October 5, 2017, film producer Harvey Weinstein was accused of sexual harassment in a New York Times article. 10 days later, US actress Alyssa Milano urged women to write "me too" in answer to her post on Twitter if they, too, had experienced sexual harassment. This was the birth of the #MeToo movement, a worldwide debate about the sexual abuse of power.

Germany was in the midst of a heated debate on sexism as early as 2013, when a journalist wrote about an encounter with a German politician who stared at her breasts, and told her she could easily "fill a dirndl." A German feminist immediately started the hashtag #aufschrei (outcry), and tens of thousands of women responded, sharing their experiences with everyday sexism. The issue found its way into the established media and politics, the first time ever that a hastag has had such clout in Germany.

In August 2018, a young Indian woman described on Facebook how two men chased her on her way home at night, and how she had feared she would be kidnapped. The case became caused public outrage and a massive discussion ensued. A local politician from the conservative BJP ruling party, instead of criticizing the men, questioned the woman's behavior: "Why was she still outside after midnight?" The comment angered Indians across the country. Under #AintNoCinderella, women twittered photos of being outside after midnight, a tongue in cheek rebellion against patriarchal structures.

Under the motto "Ni una menos" (Not one woman less,) thousands of women took to the streets of Argentina in June 2015 to protest against the killing of women and macho culture. In South American states, femicides are almost the order of the day — every 30 hours a woman is killed there, usually by her partner, an ex or a close relative.

Today "Ni una menos" is a huge movement that has also reached other Latin American states and regularly turns out hundreds of thousands of protesters. The women also vented their anger under the hashtags #NiUnaMenos and #NiUnaMas, which helped the wave of protests to spread quickly.

In May 2014, exiled Iranian journalist Masih Alinejad published a photo on Facebook that shows her jogging without a headscarf. The response from many Iranian Facebook users was overwhelming, so she posted more pictures of what she termed her "stealthy freedom." The Facebook campaign "My Stealthy Freedom" has more than one million subscribers. 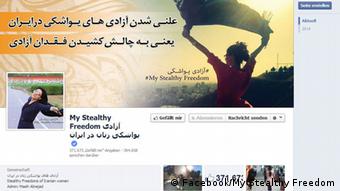 Under #MyStealthyFreedom, Alinejad publishes photos and videos of courageous Iranian women who reject the Islamic state's strict dress code for women. From the age of nine, girls in Iran must wear a headscarf in public. Women who don't follow the rule risk prison sentences.

The dark side of Oktoberfest

Beer, brass bands, party: Amid all the fun, women are more aware of sexual harassment at the Oktoberfest following #MeToo. Here are some of a flower seller's tricks to avoid being groped while working on the Wiesn. (04.10.2019)

The gender equality activist will head the group aimed at fighting power abuse and sexual misconduct in the entertainment industry. Its creation is "a historic step" in the aftermath of the Harvey Weinstein scandal. (17.12.2017)