In early 2019, activists broke the silence on sexual abuse in northern Nigeria. DW’s youth program. The 77 Percent travelled to Abuja to discuss the issue and find out what role social media played. 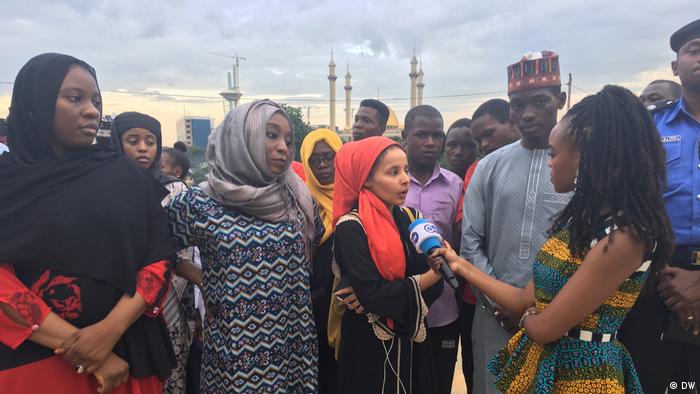 #ArewaMeToo was the hashtag that got Nigeria, specifically northern Nigeria, talking about sexual abuse. Arewa is the Hausa term for northern Nigeria. Following the example of the global #MeToo movement, Fakhariyya Hashim first used the hashtag #ArewaMeToo, while highlighting the story of a young woman who chose to share her experience of sexual abuse on social media in February 2019.

Like the #MeToo hashtag, Hashim's post created a storm of responses. It was shared by Hashim's fellow activists, Maryam Awaisu and others, and soon, women and girls around Nigeria started sharing their experiences of sexual and domestic abuse, breaking the silence that went along with it.

Read more: #ArewaMeToo: A hashtag against sexual abuse in Nigeria

"Those who say this is me and I was raped are enlightening people,” explained Awaisu in a debate organized by DW's youth progam, The 77 Percent in Abuja. "As far as I am concerned it has achieved more than I ever envisaged and I know it is going to have more and ore impact."

The fact that the discussion was raised in northern Nigeria with its predominantly conservative Muslim society made it all the more meaningful. "Failure of our institutions and a failure of our culture is what brought about #ArewaMeToo," Hashim told debate moderator, Edith Kimani. "And this is coming from a place that is ultra conservative." 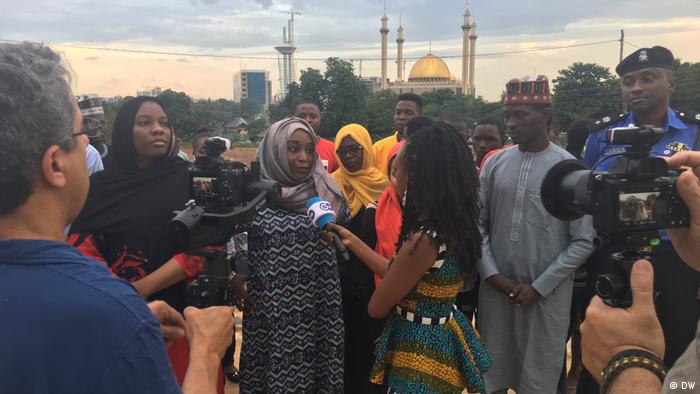 Maryam Awaisu was arrested over her social media activities

Yet by speaking the women, as well as some of the male supporters, also created a backlash for the survivors who shared their stories and the activists who helped spread them. While there was support on social media, there was also a strong push back from social media users who tried to discredit Hashim and others who shared the hashtag.

Awaisu was even arrested while at her office in Kaduna, in what the rights group Amnesty International said was an attempt to intimidate and silence her. With little to charge her with, she was quickly released.

Hashim agrees, but she also believes that social media is only the starting point. Organizations and government agencies have to help protect the survivors and help them seek justice. "Social media is good for awareness and enlightenment. Beyond that it has its limitation," she admits.

Sani Muhammad Babba-Inna, from the police public relations department, said that he was surprised how the social media discussion took off.

"Nobody would have believed we would get to a point where someone will openly admit he is being raped by someone," he said. He said that the police had created a desk to address the problem in response to the debate on social media.

"Thanks to the social media, the awareness is there,” he said. "We have the juvenile desk and the social welfare desk. We monitor all tweets. Once there is a complaint on social media, they swing into action. We try to invite the victims for more clarification on the matter."

The activists, however, remain adament that too little is being done to address individual cases, as well as the bigger issue. They are pushing for the domestication of the Violence Against Persons Prohibition Act (VAPP act), which they argue would close loopholes in the law that make it possible for perpetrators to escape prosecution.

The ministry of information's representative for the department which deals with cyber-bullying and social media was invited to the debate, but did not attend.

Sandra Muller, the French journalist who launched the French version of the #MeToo movement, expressed her dismay over a ruling she called "a message to shut up." Her lawyer said they would appeal the decision. (25.09.2019)