Sexual abuse and rape are taboo topics in northern Nigeria. But a new hastag – inspired by the global #MeToo movement – could play a part in changing that. 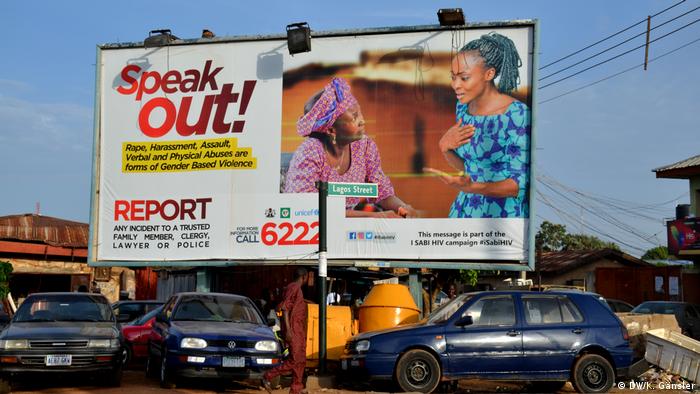 Sumaya Abdul Aziz wants to tell her story. The mother of ten doesn't use her real name out of fear of reprisal. Even so, it's important to her that the people in the northern Nigerian city of Kaduna — and the rest of the country — learn what her eight-year-old daughter was forced to endure.

"It was a boy who has since left the neighborhood," Sumaya told DW. He raped her daughter last year. She recalls how he left behind traces of his crime. But Sumaya was helpless as she had no money to take her daughter to the hospital. As a precautionary measure, she treated her daughter with traditional medicine.

She also can't forget the threats from the perpetrator and his family, who warned her against going to the police and reporting the crime. "They would have said that [my daughter] lied and sued us for libel," says Sumaya. And so she was left with little choice but to do nothing. "I gave up and left everything to God. We are poor and have no money to do anything." Months after the attack, she hopes she will never see her daughter's rapist again. 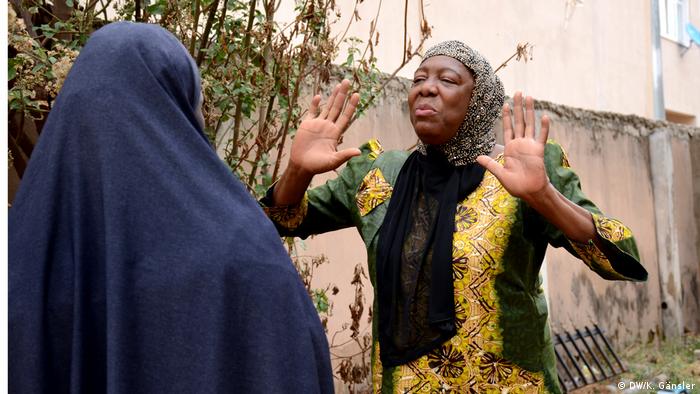 'Arewa' is the Hausa word that translates as northern Nigeria

The hashtag which brings cases to light

In the Nigerian state of Kaduna, this is how most rape cases are dealt with — without any kind of investigation or convictions. Jurist and judge, Saadatu Hamma, estimates that up to 98 percent of all cases are not reported. "If the cases do end up going to court, the victim's parents usually apply to stop the case," she told DW. "Or they sabotage the case and frustrate the police and the prosecutors so they're not convicted."

But the new hashtag #ArewaMeToo currently making the rounds on social media could finally help to break the silence. It comprises the word 'Arewa' — the Hausa term for northern Nigeria — and the global hashtag #MeToo which took off in 2017, prompting women worldwide to share their stories of abuse and harassment. The original creator of #ArewaMeToo, Maryam Awaisu, was briefly arrested by police in connection to her campaign. Human rights organization Amnesty International immediately called for her release.

Read more:One year of #MeToo: A timeline of events

People outside of Nigeria have also been claiming the hashtag for themselves. Socila media users Niger now uses #ArewaMeTooMinna to specifically call attention to sexual abuse cases in their region. Hamma says some rape cases have already come to light as a result. "We have talked to some people, their cases are very sad," she says. "I cannot imagine the torture those girls went through." 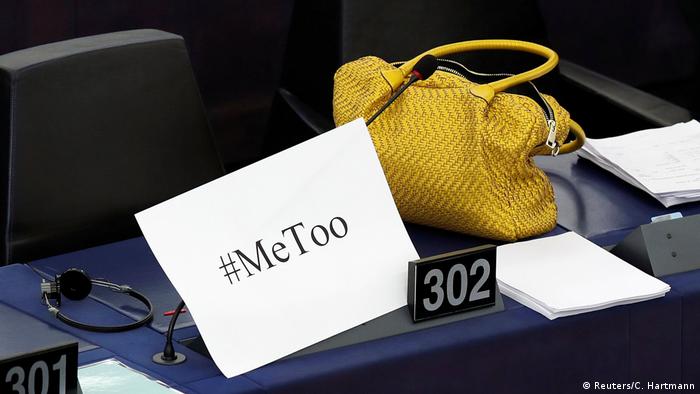 Many reasons to stay silent

But Kaduna State's Commissioner of Women's Affairs and Social Development, Hafsat Mohammed Baba, is far more critical of the hashtag, describing it as "unhelpful." Some of the allegations made on social media could not be substantiated, leading to police investigations for defamation. "Preferably, people would seek justice through the courts," Mohammed Baba told DW. She warns against pursuing self-administered justice. Local authorities are responsible in these cases, not private citizens. Nevertheless, she believes it is important that those affected talk about cases of sexual abuse. "If you remain silent, then we will get no help," she says.

Despite the attention it's been receiving on Twitter lately, it remains difficult to speak publically about rape in Nigeria. Saadutu Hamma believes this is due in part to a disturbing new trend: the victims are getting younger and younger.

"We've seen cases involving babies who were only about one year old and children are often too scared to talk about it," explains Hamma. The victims and their families also have to contend with the feelings of shame. Parents are worried that their daughters will not be able to find a husband and that their family's reputation will be ruined if they report the rape.

For women's rights activist Aisha Usman — who has had children and adolescents examined for rape and HIV — the abuse has a lot to do with the parents' social situation because most victims are from poorer families. "Not a single child of a rich man is ever raped, it is always the weakest children who are targeted," Usman told DW. They are also much easier to intimidate and blackmail. Families who barely have enough money to look after their children on a daily basis don't have the means to regularly go to the police or file a court case.

Usman also blames members of the community for covering up the perpetrators' actions. Religious leaders in particular are reluctant to educate people about the issue. "When [a sexual assault] occurs in our community, people think 'We're all Muslims, this does no have to go public'," she says. "It's a shame for our religion and our community.

Inspired by the #MeToo movement, an increasing number of women in South Asia are resisting male dominance and gender-based violence. But activists say that a lack of support at the state level makes it an uphill battle. (25.11.2018)