The dark side of Oktoberfest

Beer, brass bands, party: Amid all the fun, women are more aware of sexual harassment at the Oktoberfest following #MeToo. Here are some of a flower seller's tricks to avoid being groped while working on the Wiesn. 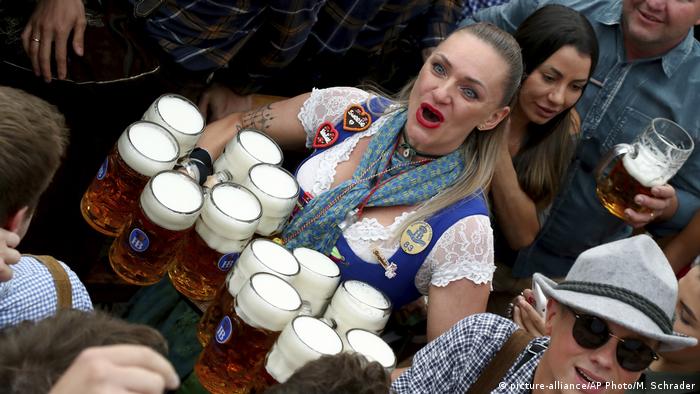 For my two weeks selling roses at the Oktoberfest, every day starts with a ritual shared by many other women working on the Wiesn: Put on makeup, a low-cut blouse and stockings, and then the traditional dirndl dress. Bind the apron strings on the left or right, depending on your relationship status.

As a final touch, tie a traditional costume scarf around your neck, make sure your cleavage shows and pull on tight, padded cycling shorts underneath the dress.

Wait a second: Cycling shorts under the dress?

For the women who serve tables in the large rowdy beer halls, or sell pretzels and flowers outdoors, it's a protection against gropers. 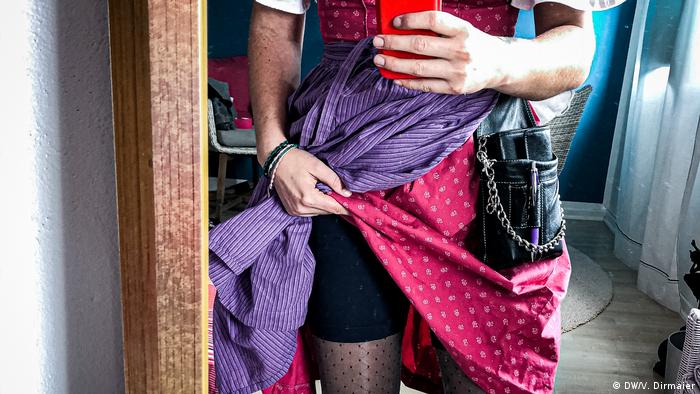 It's not noon yet, but the Wiesn is already jam-packed and rocking as servers carrying beers and trays laden with food push through the crowds. People are having a grand time. As alcohol levels rise, inhibitions vanish, and strangers become friends even before the brass band has gotten started.

Female employees and Oktoberfest guests alike are exposed to sexual harassment at the festival that has drawn 3.3 million visitors in its first week alone. A week into the 186th Oktoberfest, Munich police reported 25 cases of sexual assault, including three rapes.

The good news is that the situation has been improving in recent years: Police reported 67 cases of sexual assault on female workers and visitors to the festival in 2017 — a record high. The number of cases dropped to 45 in 2018, according to police spokeswoman Claudia Künzel.

Things have clearly changed since the #MeToo debate was launched. Women, and sometimes men, are increasingly refusing to tolerate sexual harassment and are turning to the police instead. 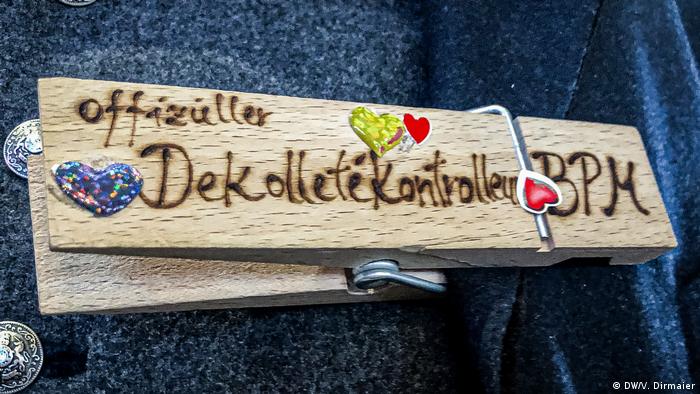 Slapping the waitress' behind, caressing the flower seller's cheek and kissing the girl sitting on the bench next to you: Behavior like this no longer remains without consequences. The public perception of such individual physical trespasses has changed radically.

Complex questions have arisen with no simple answers: What are men allowed to do? And what about women? How close may a man come to a woman; where are the boundaries? Are bosses allowed to give their female employees roses? Can signs of affection be misinterpreted?

These days, it seems some Oktoberfest revelers are even thinking twice before they link arms to sway to the music with the woman sitting next to them. Many visitors, however, still see the festival's relaxed atmosphere as an opportunity for outrageous flirting.

To fend off men who aim to cover their faces with bright red and pink lipstick marks by the end of the night, some Wiesn waitresses resort to a simple trick: They wear dark red lipstick. Men, rumor has it, don't like the color. At least that was my experience.

Tens of thousands of people were on hand at the start of Munich's Oktoberfest, the world’s largest beer festival. An hour ahead of the official opening, several tents had already closed their doors due to overcrowding. (21.09.2019)