In Belgrade, large settlements of Roma are evicted with little or no warning. This presents an acute problem for internally displaced persons from Kosovo, who can become essentially invisible in the eyes of the law. 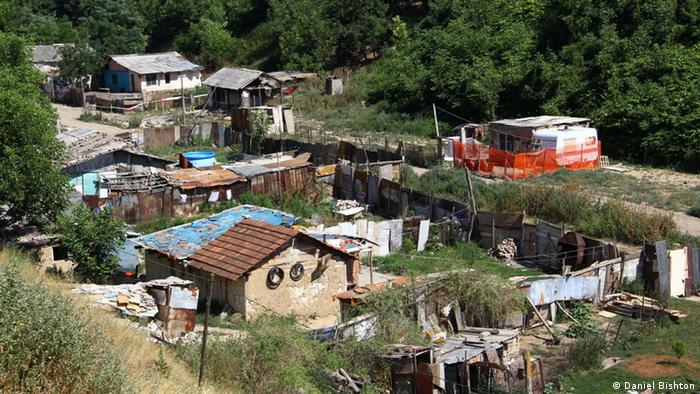 Serbia's EU accession plans hang in the balance after the election of President Tomislav Nikolic, a former supporter of Slobodan Milosevic and member of the ultra-nationalist party Vojislav Seselj. The sensitive issue of Kosovo's independence is again high on the agenda.

In the sprawling planned metropolis of New Belgrade, Roma people who fled the bloody Kosovo conflict in 1999 are facing a new set of trials. During the war, Albanian forces saw Roma as being allied with the Serbs. Tens of thousands fled to Belgrade to escape persecution.

Of the over 200,000 Internally Displaced Persons (IDP) in Serbia, official sources estimate the number of Roma among them at around 20,000, while some NGOs claim a figure of 40,000. Often uneducated and without documentation, many of these people live in the informal settlements of central Belgrade, where they're able to scrape together an existence by scouring the city's streets and rubbish bins for raw materials to be recycled or sold.

Among the towering concrete apartment blocks of New Belgrade, Marko (name changed), a Roma from Kosovo is building a new home from salvaged wood, steel and bricks for his family of thirteen. 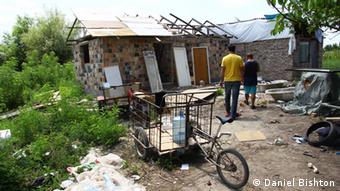 Barefooted children cavort among piles of refuse and rusting machinery. The temperature is 40 degrees Celsius in the shade, and the air heavy with the stench of human waste.

Since fleeing Kosovo, this family's home was in Block 72, an informal settlement of Roma people that stood on what is now a construction site for high rise apartments. City and national authorities evicted Block 72 in March of this year.

"It was a disaster on that day of the eviction," Marco said. "They bulldozed our house and we lived for around 10 days on the street before starting to build our new house."

Kosovo remains a dangerous place for Roma, Albanians and Serbs alike if they are minorities in their areas. Although the rate of returnees to the region has been increasing, the numbers nonetheless are very low.

Marko, his wife and their six children have no residence or birth documents, making them effectively legally invisible in Serbia. This renders them ineligible for legal aid or welfare benefits. Marko tried to return to Kosovo in 2003, as the government provided him with a piece of land under the property expropriation process.

"The government built a house for me in Kosovo and I returned there, but after a couple of days some people came to find me from the other side and I had to leave again," he said. "I was scared." 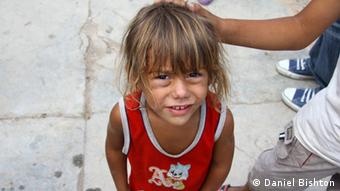 Many Roma children grow up without any legal status

Local legal aid NGO Praxis has counted a total of 17 major evictions of these settlements since 2009, which they claim violate multiple international human rights accords.

These evictions and their aftermath have become a sensitive political issue at all levels of government. Access to the Belvil informal settlement is blocked by private security guards, working under contract for the city of Belgrade - specifically to prevent journalists from entering the site.

One possible reason for the increased security at Belvil is that this settlement is being closely watched by international stakeholders.

While hundreds of families were evicted from this site in April, some cling on in uncertain hope. Those who remain may not yet have been evicted because the city of Belgrade has borrowed funds from the European Investment Bank to build an access road to a newly built bridge nearby.

As a condition for the loan, the city must provide permanent housing to those they evict, and the European Commission has promised 3.5 million euros ($4.3 million) for this purpose. Danilo Curcic, a legal analyst with Praxis, said that this forces the city's hand. 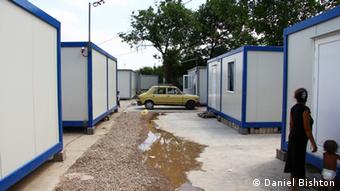 Sanitation problems are frequent in the container settlements

"This is the conclusion from monitoring from all the other evictions, if there is some money or influence or pressure from international organizations, the EU or the European Investment Bank then all the families will be provided with some kind of assistance, or alternative accommodations," Curcic said. "But if there is not, then representatives of the authorities could do whatever they want with this eviction."

No consistent process to evictions

The former residents of Block 72 weren't so lucky. Some of those with Belgrade residence papers were moved into steel shipping containers on the outskirts of the city.

Refugees and IDP from Kosovo were told to return home. If unwilling, they were offered temporary accommodation in refugee processing centers, often hundreds of kilometers from Belgrade with no work opportunities. Many families, like Marko's, found themselves on the street. Curcic said that even for those who qualified for container settlements, conditions were below minimum human rights standards.

"It's not really adequate and suitable for living," he said. "It's 16 square meters for five people, and we know that in prisons there are standards for more than that. So basically prisons have better standards than housing for Roma people."

At the Block 72 site, Bujar Sulejmani is one of the lucky residents who qualified for alternative accommodation within Belgrade. His family now lives in the nearest container settlement to the city center. But Sulemanji still has to ride for two hours each day to the site of his former home so that he can collect materials to sell. The container home the family now inhabits is not ideal in Belgrade summer's sweltering heat.

"It is over 50 degrees inside the container and my baby cannot sleep," he said. "I bought an electric fan for 1800 dinars but this cannot help - it is really, really hot." 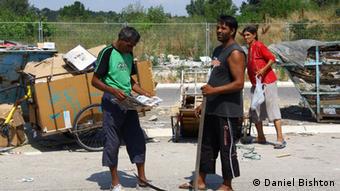 Some residents make a bit of money from collecting raw materials

Despite this, Sulemanji is happy with his new accommodation. His family has clean water and electricity, and his children will attend school when they are of age. He complies with the broadly-worded conditions for remaining in the settlement, which include being "courteous and polite" to city officials.

The authority responsible for Block 72's eviction, The Directorate for Minorities and Human Rights, declined to be interviewed for this report, but has previously described the settlement as "an example of good practice."

Legal analyst Curcic said that without a legally binding framework and the political will to implement a humane and sustainable approach to Roma people in Serbia, all his NGO can do is watch the evictions from the sidelines, and provide relief once they have been carried out.

"With this situation, without a legal framework they will be in this situation for years, because the law is just not recognizing their problems," Curcic said. "If we're lucky, we will get information from people that are living in settlements. But if we are not, we can just watch the eviction and try to put some public pressure from the media and that's it."

In the meantime, thousands of Belgrade's Roma continue to live in extreme poverty, facing an uncertain future with few avenues of recourse.

The European Court of Human Rights ruled that evicting Roma from an established community outside of Sofia, Bulgaria, would violate the right to life. Amnesty International called it a "landmark judgment." (02.05.2012)

Deportation to Kosovo means a life in misery

Deportation to Kosovo from Germany often threatens young people's mental and physical health, says a new UNICEF report. Ardian Canaj was repatriated against his will and is now living in misery, he says. (17.04.2012)