Schoolkids′ phones are targets for fake news | Europe | News and current affairs from around the continent | DW | 20.06.2019 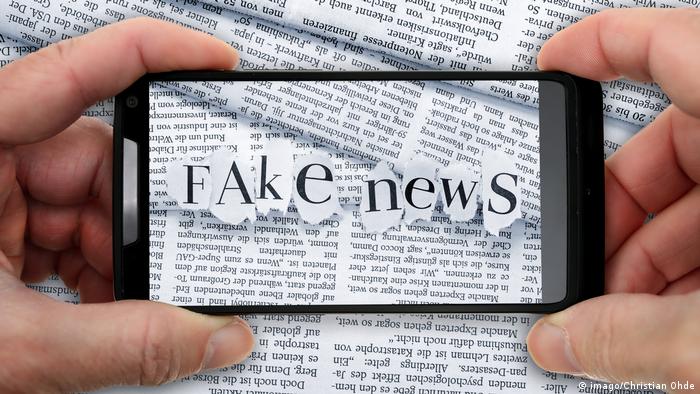 Juliane von Reppert-Bismarck thought it was a bit odd the German 13-year-old she was quizzing about politics had such strong opinions about the then-upcoming United States presidential election — and particularly why she said her classmates were so enthusiastic about Donald Trump. So von Reppert-Bismarck asked the student where they were getting their information about the American candidates. "Instagram" was the answer.

"I said: 'That's not a source, that's a photo app!'" von Reppert-Bismarck recalls, and she asked the student to share the post. "There it was, a screenshot of some text that would have been copied from Instagram and was now circulating within a private WhatsApp chat group."

It wasn't so much the technology that struck her, though; it was the content. "It was the most crazy 'Russian bot' text in very bad German," she said. "But basically what it was saying was ... it's all rubbish what you're seeing [in mainstream media].  I'll tell you something that's really happening. Hillary Clinton is assassinating all these CIA agents. Think about how you would feel if your parents had been assassinated by Hillary Clinton. Compared to that, what Trump has done is absolutely nothing."

But why spread that message among non-voting, non-American teenagers? It's one of the basic tactics of disinformers. They don't need to prove the claims about their targets, just to plant seeds of doubt about them. Using a photo of text on Instagram also bypasses automated fact-check functions that might catch incendiary language if it were written openly on Facebook or Twitter. But in a private WhatsApp group, no one is watching. It's a place fact-checkers can't find. 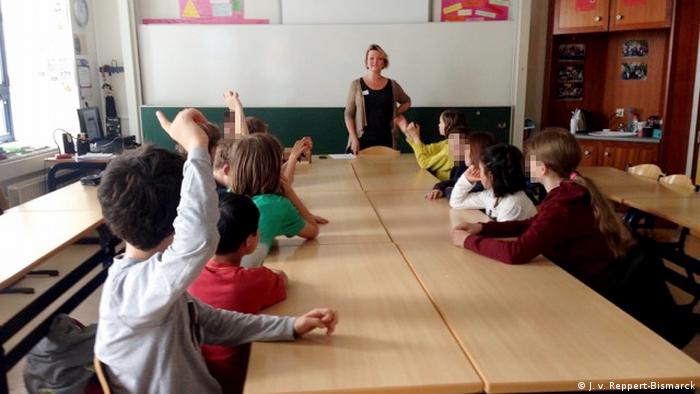 The experience was a watershed for von Reppert-Bismarck, who'd been a reporter for two decades. She thought: "What on earth am I doing making beautiful journalism if people can't tell the difference between beautiful journalism and total fiction and aren't even asking the questions of 'what is the source, where is this coming from?'"

She quit reporting and created a program called "Lie Detectors," which trains working journalists to go into schools and teach students as young as 10 how to be healthy skeptics, how to double-check information and trustworthiness of sources. Von Reppert-Bismarck has shunned funding from governments and from the big-tech platforms that are underwriting so many other "journalistic initiatives." Lie Detectors' main financial backing comes from an American charitable organization, the Wyss Foundation.

DW tagged along to one of these sessions at an international school in Brussels, where veteran American journalist Anna Mulrine Grobe was brainstorming with a room full of 15-year-olds about what kinds of information may be bombarding them on social media. She brings up satire, asking if they've heard of the American satirical publication The Onion. A couple of hands go up. Grobe shows them websites from questionable outlets with stories she explains were not factual at all or which were clearly not balanced. "What else would you call some of this stuff?" Grobe queries. "Propaganda?" suggests Ioanna Kakomyta. "Yes," Grobe confirms. 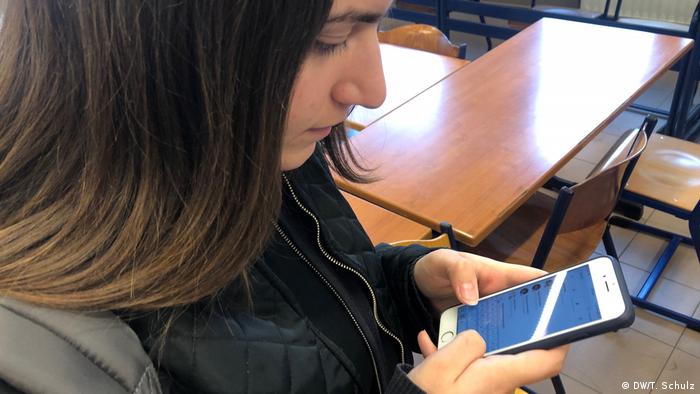 Afterwards, Kakomyta said she always double-checks what she reads but confided she's worried about her teenage counterparts. "[With] social media we don't really know what to believe," she said. "I see a lot of people expressing their opinions without knowing what's actually happening and they're just creating a false point of view."

Her classmate Johannes Wehrheim said he only gets his information from trusted news sites, but he, too, is concerned about people who don't. "For example, the [far-right] AfD (Alternative for Germany), in Germany, people really follow their Twitter account and trust them on climate change, on whatever news they post," he said. "So that worries me, for other people to believe them."

For those who won't be able to learn lie detection in the classroom but still want to gain some skills, there are other ways. While "getbadnews.com" sounds like bad advice, it's actually an online game created by a Netherlands-based group called DROG, made up of academics, journalists and media experts. Marije Arentze explains they are working to decrease the impact of disinformation by using the "inoculation theory," which suggests that exposing people to disinformation in a controlled environment can help them recognize and build resistance to it, a "mental antibody" against fake news.

Users of "getbadnews.com" role play ethically challenged "journalists" trying to spread fake stories, gain as many followers as possible and still maintain credibility as a source of information. "The idea is that by inviting them to cross their own mental borders, this triggers a thought process that helps them build resistance," explained Arentze, who says studies indicate their game is working.

"We are actually doing research into the existence of so-called vaccines in cooperation with the University of Cambridge," Arentze said. "And the first results suggest that, after playing our game, people do get better at spotting fake news and at the same time there's no decrease in how much they trust the real news."

Arentze compares it to teaching people martial arts. It's not so they can go attack others, she points out, but to defend themselves if necessary.

And in the disinformation arena, defenses are definitely still needed. Juliane Von Reppert-Bismarck says wistfully that she hopes she can get back to journalism again one day, but right now her initiative unfortunately has too much ground to cover. Lie Detectors is approaching its 700th classroom visit across Belgium, Germany and Austria, making plans to expand to other countries and languages, trying to get ahead of the bad actors and make sure there's no market for their misinformation.

Cyberbullying: 'There are no safe spaces anymore'

Bullying online can quickly bleed over into real life. Online comments can lead to physical attacks; explicit pictures sent to one person can make their way through the whole school. The key to stopping it: prevention. (12.04.2019)