Millions of Europeans are being exposed to far-right propaganda on Facebook ahead of the EU elections, a report by the Avaaz NGO shows. The activists say their research prompted an "unprecedented" cleanup by Facebook. 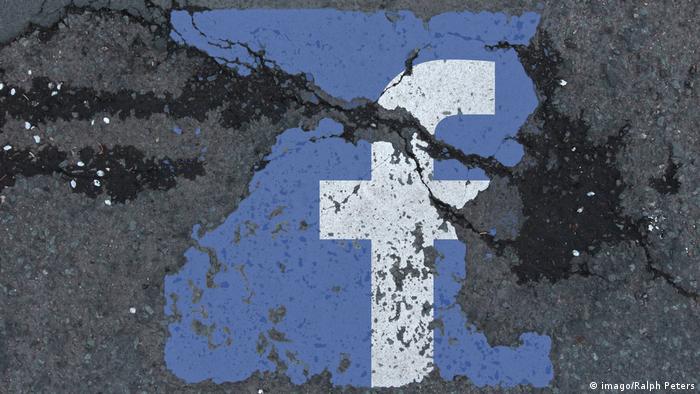 Fake news, fake quotes, and movie clips presented as proof of migrant misdeeds are only some of the tactics used by far-right Facebook pages, activists from the US-based Avaaz movement said when presenting a new reporton Wednesday.

The malicious content was seen 533 million times in the last three months alone, or six million times per day, according to the Avaaz estimate.

"What we've seen is like a vast usage of fake accounts and a vast usage of misleading tactics," Schott told DW. "So it's more disinformation tactics that are being used to pretend that a specific issue which is often very hateful or very racist or anti-migrant is more popular than it actually is."

As one of the examples of far-right propaganda, Avaaz points to an Italian page supporting Matteo Salvini's League party. The page published a video which allegedly shows migrants smashing a police car. The video is actually a movie scene, and the report has been debunked several times, but it is still "widely shared," Avaaz says in the report. Similarly, a page in Polish used a screenshot from a movie to support a fake news story about migrant taxi drivers raping women.

Another tactic used by far-right pages in Spain and elsewhere is to start a group under an inconspicuous title, such as a "watchmoviesforfree.es" and then gradually change the name to "Watch Movies," then "Movies of Spain" and then "Fight for Spain," serving up far-right and nationalist content to its old user base. A similar page was discovered in Italy, which started as a support group for farmers in northern Sicily and ended up as a page supporting Salvini's party.

"Bad actors are able to copy the Russian playbook; they have understood how they do it," Schott said. "They build groups; sometimes they put lifestyle groups, music groups and then slowly but surely put a bit of far-right content behind it."

In Germany, the activists list posts in defense of Holocaust denier Ursula Haverbeck or images with swastikas on them. They also name AfD politician Peter Schmalenbach for sharing a fake quote on migration attributed to EU Commission Vice-President Frans Timmermans. The AfD official accused Timmermans of wanting to "wipe out" European states.

In France, the group identified multiple platforms uploading identical content to artificially boost the visibility of their hate messages. The pages do not use Facebook's "share" function but instead post the content as original on every page. Avaaz points to three identical posts, which speak of France being "invaded by millions of foreigners" who "rape our children, your women, and declare war on us."

In addition to removing 77 pages, Facebook has also taken down 230 individual accounts since being contacted by Avaaz. The activists described it as an "unprecedented" cleanup of the platform, but said it was "nowhere near enough."

"They've done an emergency operation but social media is so sick that that's not enough," Avaaz campaign manager Schott told DW. "You have to do a full-body scan, do the work themselves and not have a few wonderful 'elves' do that work for you. And that's what we call on Facebook to do."

"Millions of Europeans have been exposed to the lies, manipulation, and hate described in this report, and the overwhelming majority of them will never find out about it," the report said. "And neither will the billions more who will be exposed during the next election, and the next one after that — unless Facebook acts now."

Teri Schultz contributed to this report.