AfD leader Jörg Meuthen and France's Marine Le Pen were among those rallying in Italy in support of Matteo Salvini's new alliance of Europe's nationalist parties ahead of the EU elections. Austria's FPÖ stayed away. 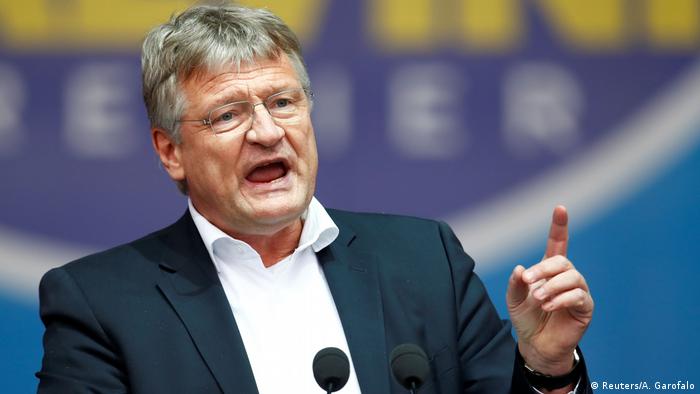 Nationalist and far-right parties from across Europe took part in the rally in the northern Italian city of Milan on Saturday.

Austria's Freedom Party (FPÖ) canceled its participation at the rally as Vice Chancellor Heinz-Christian Strache stepped down over a corruption scandal.

However, Alternative for Germany's (AfD) Jörg Meuthen (photo) confirmed his support for the FPÖ. "The FPÖ is our close partner," Meuthen said at the rally. He added that he would not "stab the FPÖ in the back" due to what he called a "singular issue."

Strache resigned after a secretly filmed video from 2017 appeared to show him offering someone posing as the niece of a Russian oligarch government contracts in return for political backing.

The leader of France's Islamophobic National Rally movement took part in a rally by 12 European nationalist parties in Milan, organized by Italian Deputy Prime Minister Matteo Salvini, who is also the leader of the anti-immigrant League Party.

Le Pen said she believes the Europe of Nations and Freedom parliamentary group "will perform a historic feat" in the May 23-26 vote and break the dominance of the two traditional center-right and center-left political groups in the European Parliament.

"Five years ago we were isolated, but today, with our allies, we will finally be in a position to change this Europe," she said.

The French politician said a "super faction" she wants to form with the other European far-righters in the next Parliament could alter the structure of the European Union for the "first time in decades."

Salvini and Le Pen were joined by Meuthen and the Dutch Freedom Party's Geert Wilders, among others. 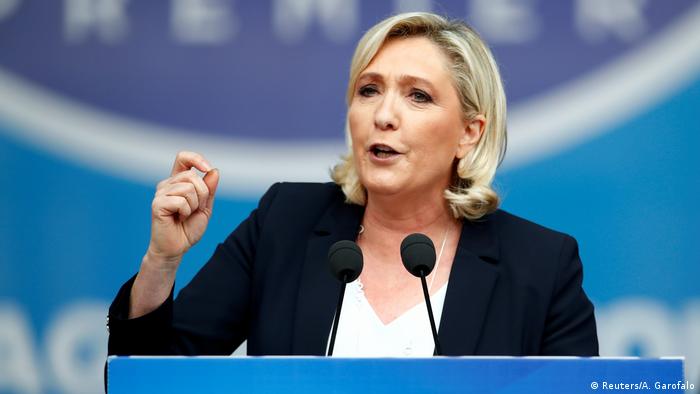 Salvini, whose populists share power in Italy with the anti-establishment Five Star Movement, has led efforts to create a pan-European alliance of far-righters seeking to upend EU politics ahead of next week's European Parliament elections.

The 12 far-right parties hope their Europe of Nations and Freedom (ENF) group will become the third-largest in Brussels.

But despite their shared dislike of immigration and the EU, Europe's populists remain divided on several key issues, including budgetary discipline, migrant distribution and relations with Moscow.

Orban has voiced admiration for Salvini and promised "cooperation" after the vote, but refuses an alliance with Le Pen.

Far-right gains in Spanish polls are not Franco nostalgia: Analyst

Fewer people are voting at the EU level and more populists are in parliament than ever before. With elections approaching at the end of May, DW looks at what the bloc's most important legislative body actually does. (06.05.2019)

The battle for the European Parliament is raging, with everyone from populists to pan-European newbies fighting for votes. Voting advice apps offer users help making a political choice. But is that all they do? (11.05.2019)