The resignation of Austria's vice chancellor led German politicians to warn against alliances with populists. Chancellor Merkel spoke out against right-wing populism as many are now demanding new Austrian elections. 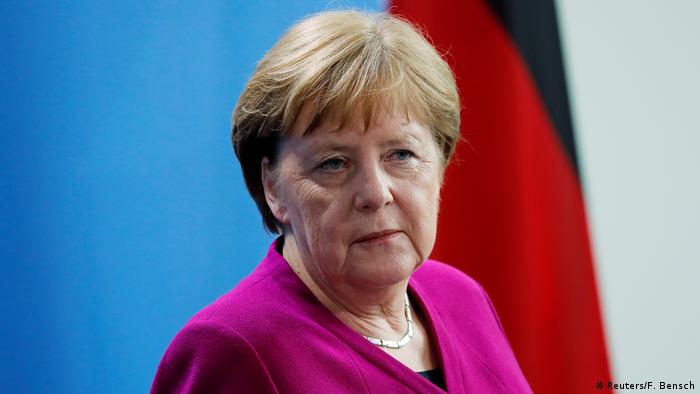 Even before Austrian Chancellor Sebastian Kurz called for new elections on Saturday, German politicians lined up to say their neighbors to the south should go back to the polls following the resignation of Vice Chancellor Heinz-Christian Strache, leader of the far-right Freedom Party of Austria (FPÖ), following an alleged corruption scandal.

Annegret Kramp-Karrenbauer, leader of Germany's conservative Christian Democratic Union (CDU) and the favorite to succeed Chancellor Angela Merkel, said the scandal showed that far-right populists in Europe were prepared to sell the interests of their country for their own benefit.

"These people must not be allowed to take on any responsibility in Europe," Kramp-Karrenbauer told a local party conference in the northern city of Cuxhaven. 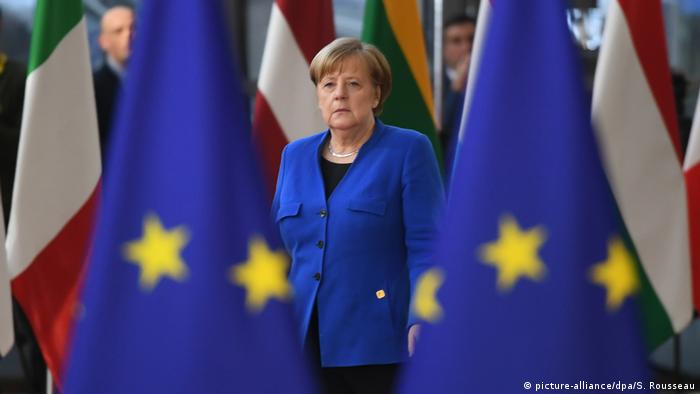 Angela Merkel at the EU in Brussels

"We are confronted with currents... that want to destroy the Europe of our values, and we must stand up to that decisively," Merkel said to the applause of thousands of people assembled Saturday in Zagreb. "Europe is a project of peace, freedom and prosperity," she said, adding that "nationalism is the enemy of the European project."

CDU General Secretary Paul Ziemiak followed Merkel and Kramp-Karrenbauer's lead, telling the Welt am Sonntag newspaper that, "for right-wing populists, it's always about themselves, never about politics for the people."

Be careful who your friends are

Strache's resignation had left Chancellor Sebastian Kurz, of the conservative Austrian People's Party (ÖVP), with an awkward choice between the political uncertainty of new elections and attempting to maintain his right-wing coalition with a new FPÖ leader. In a speech later on Saturday, he chose to call for early elections.

A spontaneous demonstration of some 2,000 to 3,000 people demanding new elections had gathered earlier in the day outside the Chancellery in Vienna.

On Friday, German media outlets Der Spiegel and the Süddeutsche Zeitung released a video from 2017 that appeared to show Strache offering public contracts in exchange for favorable media coverage to a woman claiming to be the niece of a Russian oligarch. Strache resigned on Saturday, claiming he had been illegally entrapped.

Enemy of my enemy

Several German politicians called for new elections in Austria in the wake of the video scandal.

"A line must be drawn. Austria needs new elections, just as we need to elect again what kind of politics we want to have," German Green party co-leader Robert Habeck said at a European election campaign event, before adding that the Strache scandal was "what happens when you get involved with populists."

The call was echoed by Andrea Nahles, leader of the German Social Democrats, who took the opportunity to criticize the CDU for allegedly courting the far-right in the European election campaign.

"Just a few weeks ago the CDU sunned itself in the questionable glow of the conservative-right-wing coalition in Austria," Nahles told Der Spiegel, referring to CDU election candidate Manfred Weber's appearance at a campaign event alongside Kurz.

Weber said developments in Vienna show "how much there is to vote for" at upcoming European Parliament elections. He said the video illustrates the way "right-wing extremism and populism are ready to sell patriotism and their countries' values just for profit."

Meanwhile, the leader of the pro-business Free Democratic Party (FDP) Christian Lindner called on Germany's own major far-right party, the Alternative for Germany (AfD) to distance itself from its "spiritual relative" in Austria. "The video of Strache confirms terrible fears. The decision by Chancellor Kurz is consistent and correct. The AfD saw itself as a spiritual relative. Will it now distance itself from the FPÖ?" he tweeted.