Saul Friedländer: ′Historian of the Holocaust′ and beyond | Culture | Arts, music and lifestyle reporting from Germany | DW | 31.01.2019

Saul Friedländer: 'Historian of the Holocaust' and beyond

Historian and Holocaust survivor Saul Friedländer is the guest speaker at the German parliament's commemorative ceremony for the victims of the Nazis. Here's the story of the Pulitzer Prize-winning author. 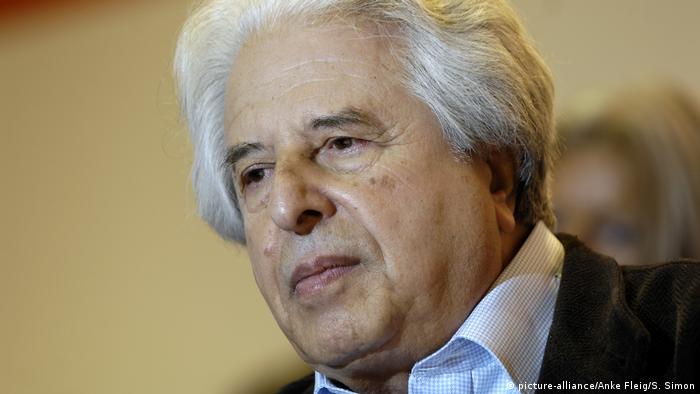 Along with his 2008 Pulitzer Prize, Saul Friedländer has garnered a series of awards: the Israel Prize, the Geschwister-Scholl Prize, the Leipzig Book Fair Prize, just to name a few. And yet he seemed to be particularly moved when he was awarded the Peace Prize of the German Book Trade in 2007. At his acceptance speech in Frankfurt, he publicly shared excerpts from his family's letters for the first time.

"My great, heartfelt request to you, Madam, is that you take care of our child and provide guardianship until the end of this dreadful war," Friedländer's mother, Elli, wrote to Madame Mace de Lepinay on August 28, 1942. "I do not know the best way to protect him, but have complete confidence in your wisdom and kindness. My husband's and my own destiny are in God's hands. If He wants us to survive, we will live through these terrible times. If we are to perish, then we will be fortunate enough to know that at least our beloved child is saved."

The French woman brought the then 10-year-old Friedländer to a Catholic boarding school. The Jewish child was baptized and survived the war. However, his parents were caught escaping from France to Switzerland. They were handed over to the French police and taken to what were known as transit camps, before finally being murdered in Auschwitz. 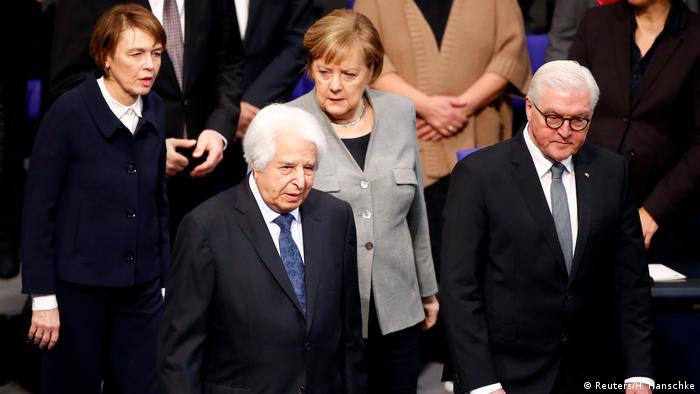 Saul Friedländer, Chancellor Angela Merkel, President Frank-Walter Steinmeier and his wife Elke Buedenbender at the commemoration service for the victims of the Nazi dictatorship at the Reichstag

Born in Prague in 1932, Friedländer's parents gave him the name Pavel. He shared his birthplace, as well as other similarities, with the famous German-speaking Jewish writer Franz Kafka, who would later feature in his writings. As they felt part of the German community in Prague, German was also spoken in the Friedländer home, and Friedländer's father, like Kafka, was a lawyer and insurance company employee.

As secular Jews, they chose not to circumcise their son. But when the German Wehrmacht invaded Prague in 1939, they knew they had to flee. They first went to Paris, and then escaped the German troops a second time by heading to southern France. When the persecution of Jews began there, they hid their son and left.

Saul Friedländer only researched the circumstances of his parents' capture decades later, in the 1990s, when he was already a renowned historian. He found out that they had been traveling to Switzerland with a group of 15 Jews when young people coming from a village pub betrayed them all.

Before researching his family's history, he had only his own memories of that period, of the time he was brought to the Montlucon boarding school: "I hated the nuns, the catechism they forced upon me, the terrible food." He tried to run away several times.

At the end of the war, the nuns nevertheless believed that Paul-Henry, as they called him, had embraced Catholicism to the point that he would become a priest. But they were wrong.

At the Lycee Henri IV in Paris, Friedländer discovered his Jewish roots and joined the Zionist youth group Betar. He faked his passport to make himself older; he was barely 15 years old when he arrived in Israel in 1948. 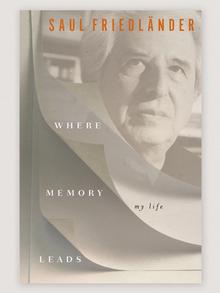 In his memoir, he recounts his intellectual coming-of-age on three continents

From Israeli politician to Holocaust researcher

At the time, he wanted to be Israeli from head to toe, as he wrote in his memoirs.

Paul-Henry, born Pavel, became Shaul, and for a time Eldar replaced Friedländer as a family name. A Hebrew name was mandatory for government employees during that era, and following his military service he began climbing the political ranks in the nascent state of Israel.

He worked with leading national politicians, such as then defense minister Shimon Peres, and was part of the peace negotiations between Egyptian President Anwar Sadat and Israeli Prime Minister Menachem Begin. Friedländer's friends included renowned intellectuals such as writer Elie Wiesel and the philosopher Gershom Scholem.

He spent years commuting between Paris, Jerusalem and Geneva, as well as Stockholm and Tel Aviv. He increasingly concentrated on his academic career, undertaking several research residencies in Germany. During this period, he later recalled, nothing could really touch him, particularly in terms of human relationships. He felt like "an insect whose antennae had been torn off."

Author of a groundbreaking book about the Vatican and the Nazis

The Shoah is not an abstract concept for Saul Friedländer. And yet the author who is often referred to as the "historian of the Holocaust" came to this field of research by accident, after discovering a document by Pope Pius XII, who had remained silent when the Jews were removed from Rome.

Friedländer began exploring the entanglements between the Vatican and Nazi Germany. What did the Pope know? Could he have saved millions of Jews? Friedländer's first groundbreaking book, Pius XII and the Third Reich: A Documentation, was originally published in French in 1964. It triggered a controversy.

In his memoirs, Friedländer notes how he carefully avoided coming too close to his personal memories, even though he had made the Shoah the focus of his research. Yet he found many historians' cool analytical approach of the Holocaust disturbing. When his friend Raul Hilberg published the pioneering work The Destruction of European Jews, Friedländer felt it wasn't enough to describe the workings of the Nazi death machine and to reduce Jews to just the number of victims. A history of the Shoah needed more. 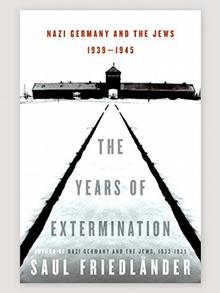 This work won the 2008 Pulitzer Prize for General Non-Fiction

He spent 16 years working on his opus magnum, Nazi Germany and the Jews, which covers in two volumes — The Years of Persecution, 1933-1939 (1997); The Years of Extermination, 1939-1945 (2007) — the historical events from Hitler's rise to power to the end of the Second World War from the perspective of all those involved.

Friedländer relied on a number of sources, such as letters and diaries that express the incomprehension and the fear, the despair and the hopes of people trapped in the situation, thereby giving a voice to the six million Jews who were murdered during the Holocaust. He wanted to break with the distanced historical narrative and was well aware of his own subjectivity.

He also had to defend himself against the accusation that Jews could not write an objective history of the Holocaust. He did not want to solely rely on the testimonies of eyewitness, like his other friend Claude Lanzmann did in the film Shoah. Friedländer instead tried to bring both together: the voices of the victims and the analysis of the structures that made the Holocaust possible.

For the past 30 years, Saul Friedländer has been living in Los Angeles. His cultural identity, he writes in Where Memory Leads, has remained more or less French throughout his life, but also includes his Prague Jewish-German heritage, which connects him with Israel. He misses Israel, the Hebrew language, its energy and creativity, he says.

But since the 1980s, he has become one of the harshest critics of Israel's settlement policy in the occupied West Bank. To this day, he says that "the increasingly nationalistic-religious society" drives him away from the country.

Still, if asked what he considers his central identity, if there's a thing he would never deny or give up, he answers without hesitation: "I am a Jew, albeit one without any religious or tradition-related attachments, yet indelibly marked by the Shoah. Ultimately, I am nothing else. After all, that's all I am."

In a keynote address, historian and Holocaust survivor Saul Friedländer said anti-Semitism was a "scourge" circulating through both the far-right and far-left. He added that attacks on Israel "have reached a new level." (31.01.2019)