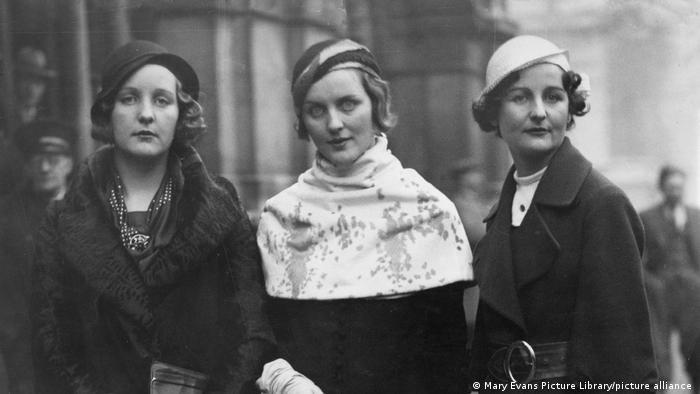 Anyone trying to dive deep into the history of British far-right and fascist movements in the 1930s is bound to come across the names of Unity Mitford and Oswald Mosley.

Rumored to have been Hitler's girlfriend, Unity Mitford's personality and ideas have been discussed in books such as David Pryce-Jones' "Unity Mitford: An Enquiry into Her Life and the Frivolity of Evil" (1977) and David Litchfield's "Hitler's Valkyrie: The Uncensored Biography of Unity Mitford" (2014).

Oswald Mosley, the leader of the British Union of Fascists (BUF) from 1932 to 1940, and his movement have similarly been analyzed in several books, including "Hurrah for the Blackshirts" (2005), Graham Macklin's "Failed Führers: A History of Britain's Extreme Right" (2020) and Richard C. Thurlow's "Fascism in Britain: From Oswald Mosley's Blackshirts to the National Front" (1998).

Now a new book on the topic, "Hitler's Girl: The British Aristocracy and the Third Reich on the Eve of WWII," has been published. The author, Yale lecturer Lauren Young, has used newly unclassified material for the work.

By revealing the complicity of British aristocrats with Hitler's Germany and the possible threat to British democracy at the time, Young aims to demonstrate how Western liberal democracies face the same challenges today as in the 1930s.

"We are inundated with information about the Second World War, Hitler and the Nazis. This book argues that today's challenges to democracy are similar to those of the 1930s," Young tells DW. The author and lecturer has previously taught at the London School of Economics and served as a political adviser in many international forums, including the UN.

The book first establishes the historical background by chronicling how Germany's crushing defeat in World War I and the severe terms of the Treaty of Versailles led to financial and social crises in the country, setting the stage for Hitler's rise to power.

Young then looks into how the British aristocracy started flirting with fascism as early as the 1920s, when members of the upper class, including the Duke of Westminster, the Duke of Buccleuch and politician Harold Nicolson traveled to Italy to observe the fascist movement for themselves.

Winston Churchill, who later became Britain's prime minister, had also visited Italy during this period, leaving the country with a favorable impression of the fascists as an "antidote to the Russian poison," according to the book.

Young also examines the emergence of the British Union of Fascists, led by Oswald Mosley, and discusses how many members of the aristocracy, including Unity Mitford's family, were connected with it.

The author points out that pro-Nazi views were also found among the royal family. She mentions a 1933 fillm of the late Queen Elizabeth II, who was seven years old at the time, giving the Nazi salute along with her mother and her younger sister, Margaret, as instructed by their uncle, future King Edward VIII. The publication of the picture in 2015 in British tabloid The Sun caused a furor and a dismissive response by the royal family. 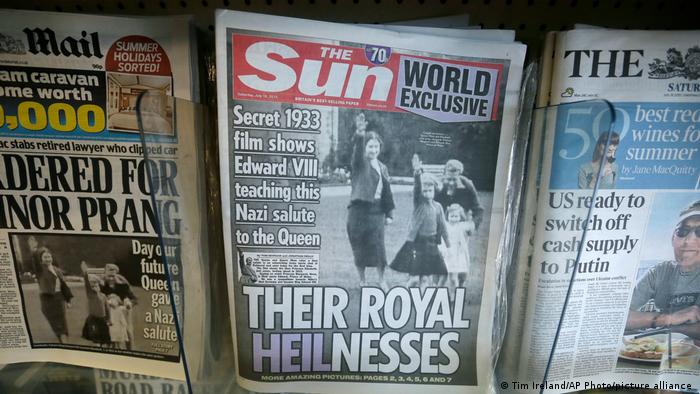 The book also mentions aristocrats like the Duke of Connaught and the Earl of Kincardine showing interest in visiting a concentration camp in Germany to understand how the Nazis were implementing "race purity and fitness."

It also discusses how the cornerstone of Neville Chamberlain's foreign policy was to avoid war at all costs, and this included an unspoken rule to refuse German and Austrian Jewish refugees entry into what was then British-mandated Palestine. Chamberlain, who had preceded Churchill, was British Prime Minister from 1937 to 1940.

Even the Kindertransport to Britain could have been more robust and saved more Jewish children, had the British government been less eager to please Hitler, the author argues.

The title of the book, "Hitler's Girl," was inspired by a headline from the British press in the 1930s about Unity Mitford, explains Young. As the title suggests, Mitford is a central figure in the book.

Born as one of seven children in the aristocratic Redesdale family, Mitford was — almost prophetically — conceived in the town of Swastika, Ontario, Canada and christened Unity Valkyrie. Over the years, she and her sisters, Nancy and Diana, would grow up to become "Bright Young Things," which was the nickname given by the tabloid press to describe young aristocrats and socialites in 1920s London, and flirted with the far right in Britain. 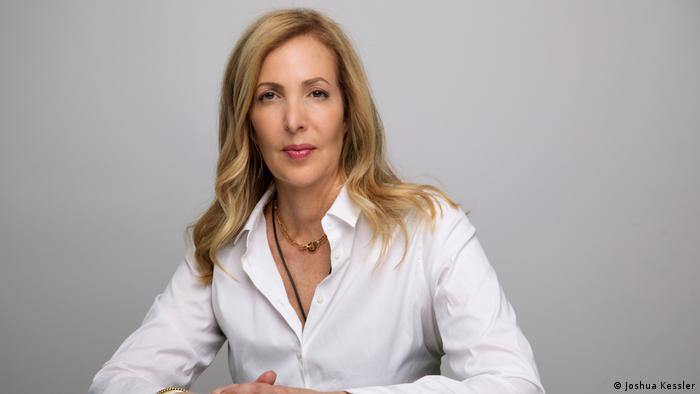 Unity's sister, Diana, famously married BUF leader Oswald Mosley. Unity herself was a fierce antisemite, completely taken in by Hitler and his personality. She even joined a finishing school in southern Germany to be able to personally meet the Führer. Altogether, she met him over 160 times.

According to Young, "everybody knew what Unity Mitford was doing. It was gossip. It was intriguing. Yet nobody thought that it was worth using her as an intelligent asset, a way to learn more about their adversary, Hitler, or even as evidence to imprison her for treason when she was repatriated to England."

The book ends with Unity Mitford coming back to England in 1939 after reportedly trying to kill herself. Despite Britain being at war with Germany, she was not tried for high treason, a subject that has been much discussed in political circles and the media at the time. She was also rumored to have had a child — possibly Hitler's child, whose birth was not recorded because the mother was not married.

The future of democracy

"Hitler's Girl" is not an attempt to find proof for what might have been, but it's about complacency and the lack of public outcry on important issues.

During the period described in the book, Chamberlain's policy of appeasement was beneficial in many respects, and there was also a groundswell of support for Hitler among the British ruling classes as well as a resurgence of right-wing movements. 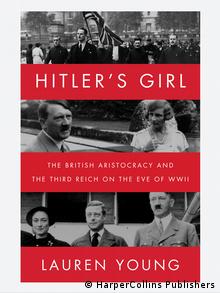 'Hitler's Girl' was released this year on August 22

The author argues that there are many implicit parallels in today's world: "If we look at democratic erosion, for example, in America today, we have important warning signals like voter suppression legislation that has been enacted in 19 states just in this past year. Are we doing enough to protect our basic democratic right to vote," Young asks, citing examples like the recent landmark judgement by the Supreme Court overturning the constitutional right to abortion.

Ultimately, through this book, Young aims to raise awareness that "democracy is not our birth right."

"In many cases, complacency is tantamount to complicity in the erosion of our democracy, our democratic rights, and potentially to the future as liberal democracies," she says.

In addition to the €25,000 prize, the honor usually gives a big boost to the winner's book sales. This year's short list charts the story of modern Germany.