Italy′s fascist past reverberates in Rome | Europe | News and current affairs from around the continent | DW | 17.08.2019 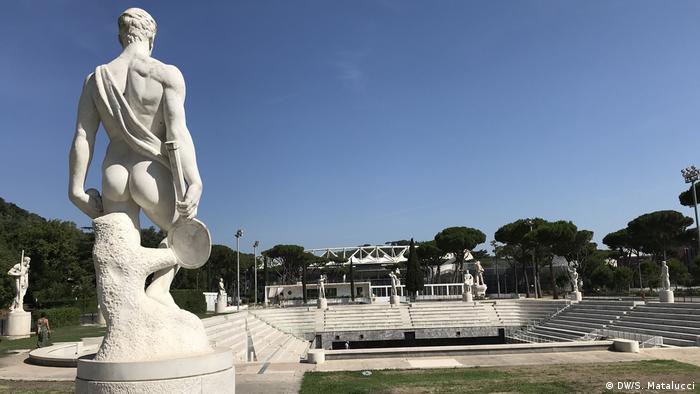 "People here are not interested in understanding what's happening around them, they are just interested in living their life," says restaurant owner Pietro Di Placidi, as he smokes a cigarette in the shade of Hostaria Sgobbone, run by his family in Rome's Flaminio neighborhood.

Di Placidi and other quick-witted residents of this district built during the 20-year regime (1922-1943) say that a mix of individualism, all-encompassing culture and intricate power structures are hampering change in Italy's capital.

The local population's main concerns are an efficient infrastructure and functioning waste collection. Last month, doctors warned residents of health hazards related to the ongoing garbage emergency that has also affected wealthier areas of the city's north, like Flaminio.

As is often the case in Rome, the neighborhood is a mix of different eras. It hosts Rome's two new entertainment areas: the Parco della Musica complex (2002) by Renzo Piano and the Maxxi Museum (2010), designed by Zaha Hadid.

But it is also chock-full of fascist and rationalist architecture. Flaminio residents say that going back to the past remains a way to find traces of old glory in a time of hardships. 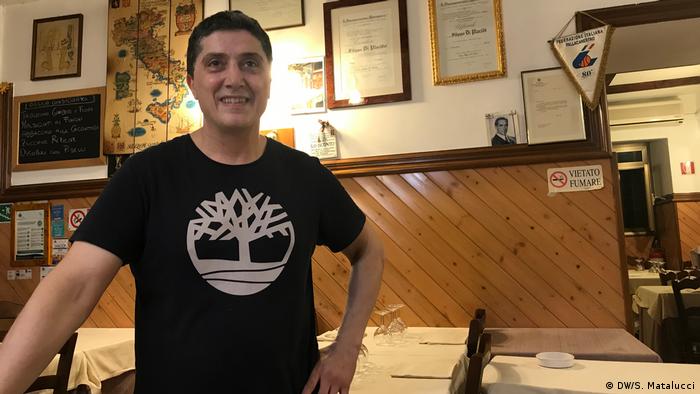 Just a few hundred meters from Sgobbone restaurant stands the Mussolini Obelisk, on which "Mussolini Dux" is still engraved in the white marble.

The monument stands tall at 17 meters (56 feet), near a popular road along which hundreds of thousands of people pass every single day. It is a three-minute walk from the city's stadium, known as Mussolini Forum during the fascist period.

The debate about whether authorities should intervene to remove the etching on the obelisk heats up recurrently. Some have even proposed taking down the Foro Italico, a nearby sports complex built by the regime. Here, tennis legend Rafael Nadal was named the "Emperor" after winning his ninth title in May of this year. 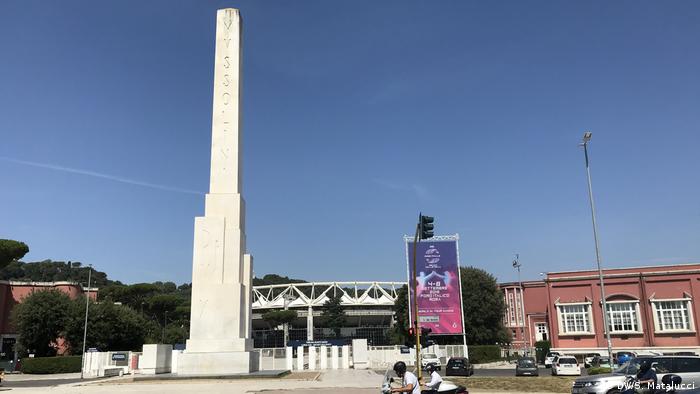 "I do not believe that bringing down monuments or architectural achievements of value can defend us from fascism or neo-fascism," says Alessandra Tarquini, a professor of contemporary history at La Sapienza University. "When it was feasible, we could put them in museums; when not possible, as in the case of the Foro Italico, or the EUR [another area built during the fascist era], we should leave them where they are."

Fascist buildings can be found all over Italy. Roberto Canali, the right-wing mayor of Predappio, Mussolini's birthplace, announced plans last month to reopen the dictator's crypt to tourists all year around. At the moment, fascists and neo-fascists can only access the site in central Italy three times a year. The mayor said that the move would help local business.

"I don't think that what we are witnessing at a political level in Italy can be defined as fascism," says Tarquini. "The current politicians seem to me to be right-wing populists, committed to defending a world that no longer exists, worried about losing identity, sovereignty and purchasing power." 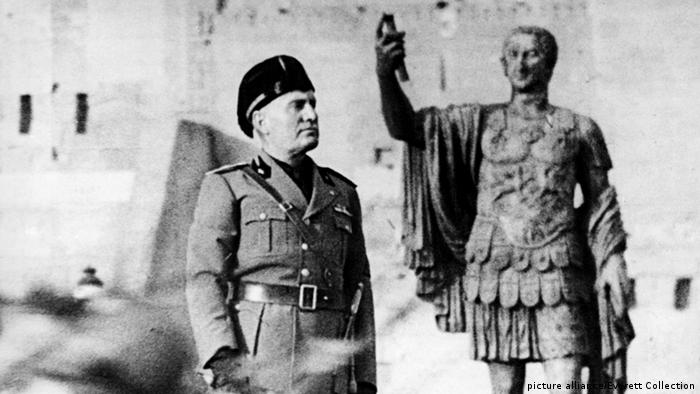 Benito Mussolini was executed in April 1945

Newspapers have in recent months reported several crimes related to far-right groups in Rome. On August 7, Fabrizio Piscitelli, a self-proclaimed fascist known as "Diabolik" or the "king of far-right ultras," was gunned down in a park in the southeast of the city. A man from Gambia was hospitalized for a month after being assaulted in the center of Rome by two men connected to far-right groups in June. Over the last 12 months, militant groups have repeatedly sprayed slogans like "Fascism lives" on offices of the center-left Democratic Party (PD).

"The fact remains that [Interior Minister Matteo] Salvini is not a fascist," Tarquini says. "When a prominent member of the government like Salvini uses a fascist lexicon though, winking at the extreme-right electorate, it is likely that those nostalgic for fascism will feel freer than before to express their opinions."

Stefano Moreschini, who runs a newsstand in Flaminio, doesn't peddle the Mussolini calendars traditionally sold in Rome newsstands at the end of the year. He does, however, buy and sell records of Mussolini speeches, old fascist songs and Wagner music as well as quite a few far-right magazines.

"There are plenty of nostalgics in the neighborhood. Not only the elderly, but also men in their forties. They react in this way because Italian politics has made the country unrecognizable," Moreschini says, explaining that he diversified the newsstand offerings, including fascist mementos because of decreasing revenues. 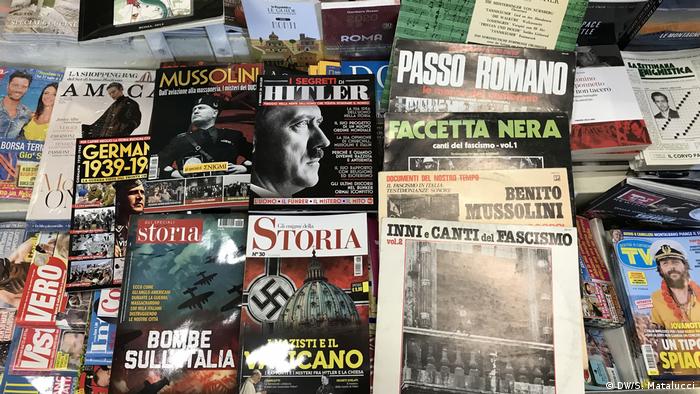 "A few years ago, I was selling 150 copies of [Rome-based newspaper] Il Messaggero; I am now selling around 50 copies. But I always sell all the copies of the Primato Nazionale," adds Moreschini, referring to a far-right, nationalistic monthly magazine founded in Milan six years ago.

Even if it is impossible to say whether fascists could make a comeback, it is clear that the current political fragility, coupled with regional emergencies and Italy's sluggish economy, is increasing the visibility of far-right ideas.

"In the end, fascists never really disappeared," says Pietro Di Placidi, as he cleans up Sgobbone restaurant after the lunchtime customers have left.

Brexit hogs the headlines, but its significance to the EU economy pales in comparison with Italy. An anti-euro party could soon be running a country that owes European banks nearly half a trillion of that currency. (14.08.2019)

Nazi German soldiers murdered hundreds of innocent civilians in an Italian mountain village 75 years ago. Those who lived want the massacre to serve as a warning for the future. (12.08.2019)