Nazi German soldiers murdered hundreds of innocent civilians in an Italian mountain village 75 years ago. Those who lived want the massacre to serve as a warning for the future. 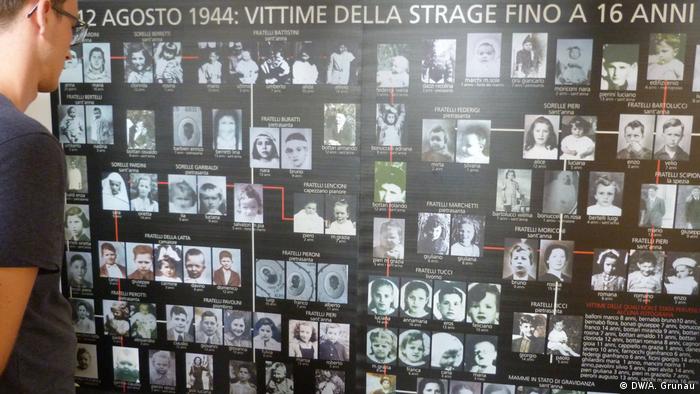 "My mother and another mother begged for mercy for the newborn babies in their arms, but they were shot immediately," said Adele Pardini, who is sitting in a church in the Tuscan mountain village of Sant'Anna di Stazzema alongside her sister Siria, telling a group of German and Italian 17- to 26-year-olds about the massacre they survived there on August 12, 1944.

Siria, 8 years old at the time, was walking away from the village with her father and three siblings to care for livestock the family kept in an olive grove. The village's men left as the Nazi-SS soldiers approached, fearing that they would be used for forced labor. They were, however, confident that nothing would happen to the women and children left at home.

Read more: 75 years ago: Nazis carry out mass murder of Sinti and Roma people in Auschwitz

Adele who was, 5 at the time, was with the 25 to 30 women, children and elderly still in Sant'Anna di Stazzema when the Nazi troops arrived. Soldiers ordered them to line up by height along the wall of a house. "I was one of the smallest," Adele recounted. Then the soldiers began firing with pistols and machine guns.

After watching her mother and others fall to the ground, she felt a door open behind her, and an older sister, Cesira, pulled her and another sister into the animal stall on the other side of the wall. 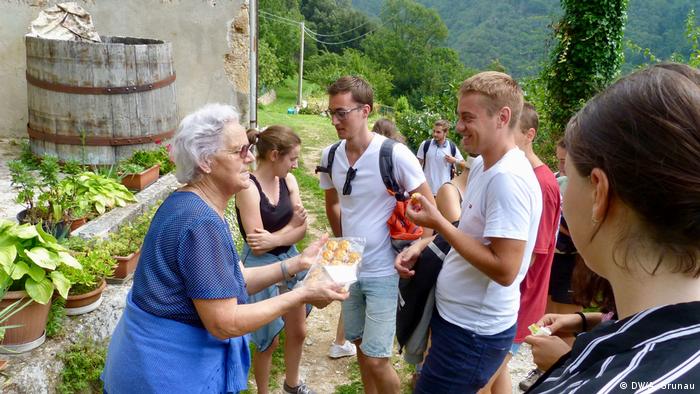 The German soldiers then lit the entire village on fire, Adele said, adding that they were singing as they marched away from what would later be deemed a war crime

"To get out of the house, I had to walk over my mother because she was lying in the doorway," Adele said, adding that Cesira took a crying baby from their mother's arms. Anna, the youngest of the nine Pardini children, was only 20 days old when she, like her 16-year-old sister, Maria, died of her injuries.

Maria was "full of holes," Adele said. She looked at her audience, who was crying, and decided: "I think that's enough for now." 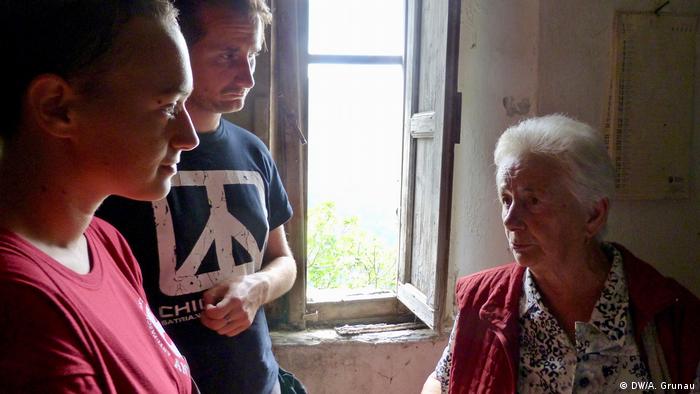 Enrico Pieri, who survived the Nazi massacre when a girl called him over to where she was hiding, also recalled his experience.

"I was 10 years old," Pieri said. He added that "my family was my papa, mama and two sisters" — and he watched the Nazis shoot  them all, as well as his grandparents, an uncle and aunts: "In three hours, they murdered 560 people."

That's the number calculated by a postwar analysis of bones and other remains. Only about 400 of the victims could be identified. Hundreds had fled to the supposedly safe mountain village to escape fighting in the surrounding area. 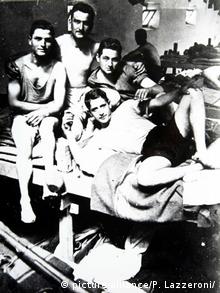 Sant'Anna di Stazzema survivors shortly after the massacre in 1944

The residents of Sant'Anna di Stazzema opened the doors of their homes, school and church to the refugees. It was difficult to feed so many people, said Enio Mancini, another survivor. As a 6-year-old at the time, he initially appreciated all of the new playmates.

On August 12, a Nazi soldier forced the Mancini family out of their house and told them to run toward the mountains, yelling "Schnell, Schnell," the 81-year-old said, using the German word for "fast." As they ran, Mancini said, they heard shots. When he turned he saw the soldier shooting into the air. 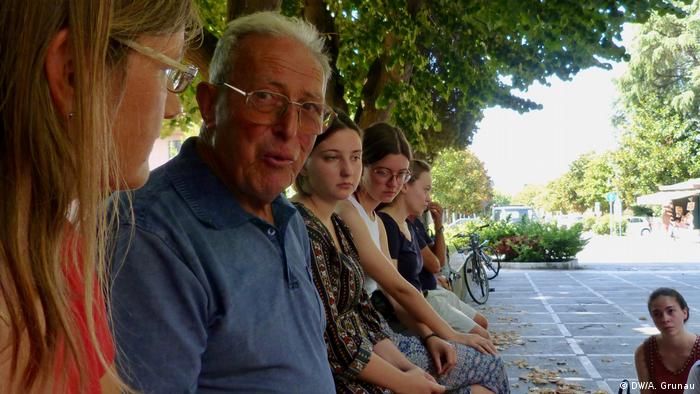 Until that day, World War II had felt far away for the residents of Sant'Anna di Stazzema.

"Then I saw the burned bodies, and the smell of burnt flesh was everywhere," Mancini said. "That's when I really understood."

The struggle to survive continued after the end of the war and being a playful child was impossible. "Our mother would yell, 'You can't play here: So-and-so was murdered here' or "You can't play there: It's a mass grave,'" Mancini said. It was not until five years later, when he left the village for a boarding school in Switzerland, that the nightmares of the massacre finally stopped.

Read more: "A Day of Shame" for Germany

At first, there was a lot of hatred for Germans, Mancini and Pieri said. No one talked about the massacre, and it took 60 years before Italy held a trial. Ten surviving Nazi officers were found guilty in absentia and sentenced to spend the rest of their lives in prison. Germany declined to extradite. Another officer was found guilty of crimes against humanity for his role in a massacre at a different Italian village and sentenced to life in prison.

But hate doesn't help you move on, the survivors said, and they refer to the perpetrators of the massacre as fascists and Nazis rather than simply Germans.

Pieri said he hoped that through understanding "we can create a new Europe." He added, however, that the xenophobia across the European Union worries him.

"Today we are at a point where we are in danger of losing this Europe," Pieri said.