Saudi Arabia has rejected a US intelligence report linking Crown Prince Mohammed bin Salman to the murder of journalist Jamal Khashoggi. Riyadh said it took "all necessary judicial measures" in the case. 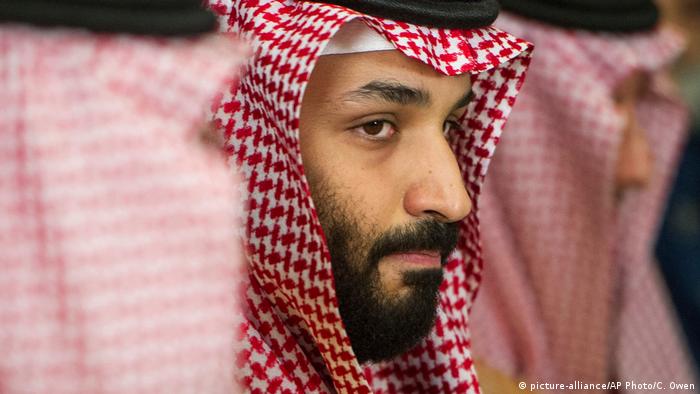 Saudi Arabia has rejected a US intelligence report that accused Crown Prince Mohammed bin Salman of ordering the killing of journalist Jamal Khashoggi.

The US report, released on Friday, cited the crown prince's power over the intelligence and security forces, adding that they would not carry out such operation without a green light from him.

In response, the Saudi Foreign Ministry said the report included false information, adding that the government took "all necessary judicial measures" to prosecute the murderers.

"The concerned individuals were convicted and sentenced by the courts in the Kingdom, and these sentences were welcomed by the family of Jamal Khashoggi, may he Rest In Peace," said a statement released late Friday.

Khashoggi, a journalist with The Washington Post and a critic of the prince's apparent authoritarian rule, was killed in the Saudi consulate in Istanbul in October 2018. Saudi Arabia has sentenced five people to 20 years each in prison for the murder.

'A robust and enduring partnership'

The release of the US intelligence document could affect the alliance between Washington and Riyadh.

The US has said it will impose sanctions on 76 Saudi individuals for their alleged involvement in the murder, although media reports suggest the restrictions will not affect the crown prince.

Meanwhile, Saudi Arabia made sure to stress that its ties with the US were "robust and enduring."

"This partnership has thrived for nearly eight decades on the basis of mutual respect, and the institutions in both countries have worked diligently to deepen these ties in all aspects," the Saudi Foreign Ministry said on Twitter.

After the release of the US report on Khashoggi's death, Hatice Cengiz, Khashoggi's fiancee, tweeted a photo of the slain journalist with the hashtag #justiceforjamal.

Twitter users have been sharing the hashtag alongside calls by individuals and organizations for further political action against Saudi Arabia.

The New York-based Committee to Protect Journalists, an advocacy group for press freedom, has called on the US and the international community to sanction Crown Prince Mohammed bin Salman.

Agnes Callamard, a UN Special Rapporteur on extra-judicial executions, has also called on Washington to impose sanctions on the crown prince.

"Banishing those responsible for ordering the execution of Jamal Khashoggi from the international stage is an important step towards justice and key to sending the strongest message possible to would-be perpetrators the world over," Callamard said in a statement.

The organization Reporters Without Borders called for those responsible to be punished.

The publication of the report "underscores the urgent need for effective, independent justice to establish the full truth about this horrific crime and for those repsonsible to be held to account," Secretary general of Reporters Without Borders Christophe Deloire tweeted.

He added that at least 33 media professionals are currently imprisoned there.

US President Joe Biden Biden travels to Saudi Arabia on a diplomatic mission to improve ties with the Kingdom. He’s assured the world he will also raise the issue of the murder of journalist Jamal Khashoggi with Saudi Arabia's Crown Prince Mohammed bin Salman. DW Correspondent Michaela Küfner asked Khashoggi’s widow how she feels about their upcoming meeting.