Will Saudi Arabia become a new drone battleground? | Middle East | News and analysis of events in the Arab world | DW | 03.02.2021

An Iraqi militia has claimed responsibility for two suicide drones fired at Riyadh earlier this week — and vowed to do it again. The new group suggested Saudis should be sleeping with "one eye open" from now on. 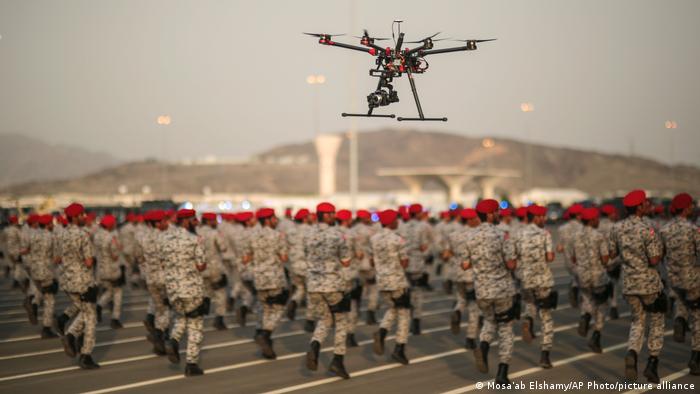 Saudi security forces have also used drones — in this case, to film a military parade

Over the past week, two mysterious projectiles were intercepted by Saudi Arabian air defense systems as they flew over the country's capital, Riyadh. Last Saturday, state-owned media channels said a projectile had been intercepted and on Tuesday, explosions were again heard over the city around midday.

In the past, drone attacks near or into the Gulf state have been tied to the Houthi organization, with whom Saudi Arabia is fighting in Yemen. But this time was different. The Houthis denied responsibility. And after the air attacks, an Iraq-based group named Alwiya Alwaad Alhaq, which roughly translates to "The True Promise Brigades," issued a statement on a social media channel that relays news from the Iraqi paramilitary groups known as the Popular Mobilization Forces (PMF).

The English-language message said the newly created Iraqi group was "openly targeting Saudi Arabia" with "suicide drones," in revenge for the recent double suicide bombing in a central Baghdad market that left over 30 dead.

In their message the group alleged that Saudi Arabia, a Sunni Muslim-majority country, sponsors the extremist Sunni Muslim group known as the "Islamic State" (IS), which claimed responsibility for the deadly January 21 attack in Baghdad. Most of the PMF groups in Iraq are Shiite Muslims, and some are closely allied with Iran, a Shiite Muslim-majority state.

"Saudi Arabia is the new playground for drone and missile attacks," the message continued. "MbS should sleep with one eye open from now on," it added, referring to the popular nickname of Saudi Crown Prince Mohammed bin Salman.

Although Iran-backed militias are also suspected of being behind a damaging and far more complex September 2019 drone and missile attack  on the Saudis' Aramco oil facilities, this is the first time they have ever openly claimed responsibility for something like this.

This is a very new phenomenon, said Hamdi Malik, a London-based associate fellow at the Washington Institute for Near East Policy, whose work focuses on the Iraqi paramilitary groups. "We have never heard these Iraqi groups claiming an attack on this territory before," he said. 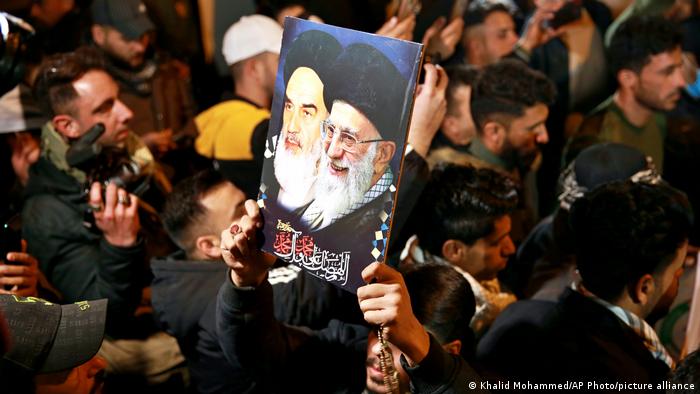 Loyal supporters of Iraq's PMF carry pictures of senior Iranian clergy, a sign of their ties to Iran

Over the past year, more and more of these new groups have emerged from out of the larger PMF in Iraq. "The method is to create fake groups, claim attacks using these group identities, and thus mask [established militias'] role in the attacks," analyst Michael Knights explained in an October 2020 report for the Combating Terrorism Center at US military academy West Point.

Even though the groups all pledge loyalty to Iranian rather than domestic leadership, the various Iraqi groups have had internal squabbles and leadership contests — and they have different political objectives.

"However when there is an attack on another state [like this], that cannot be done without Iran's permission because of the huge potential consequences for Iraq and for Iran," said Malik. 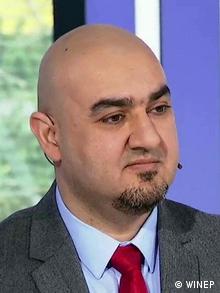 'The Iranian objective is to remove sanctions': Malik

Other actions the new Iraqi militia groups have taken have sometimes been met with criticism by their peers, or have even been ignored. But the suicide drones over Riyadh were commented upon and celebrated by all of the relevant Iran-loyalist paramilitaries. For Malik, the unanimous response indicates the drone attacks were likely approved by Iran.

Analysts believe the comparatively unsophisticated attack is part of an Iranian campaign to put pressure on the new Biden administration to lift sanctions on the country and return to the 2015 Iran nuclear deal struck with the Obama administration, known as the Joint Comprehensive Plan of Action (JCPOA).

Former President Donald Trump pulled the US out of the deal in 2018, in favor of a "maximum pressure" sanctions regime against Tehran. Today, Iran is under huge economic pressure, and that will have an impact on the Iranian presidential election slated for June. As a result, analysts have said Iranian leadership wants to move on US President Joe Biden's promise to return to the JCPOA as quickly as possible.

"The Iranian objective is to remove sanctions," said Malik. "So they're escalating in three main areas." He said that includes a return to enriching uranium that could eventually be used to make nuclear weapons, and conducting drills with missiles and drones. "It also includes putting more pressure on US allies such as Saudi Arabia," he said, adding that it was being done in a way that wouldn't necessarily elicit serious military retaliation. 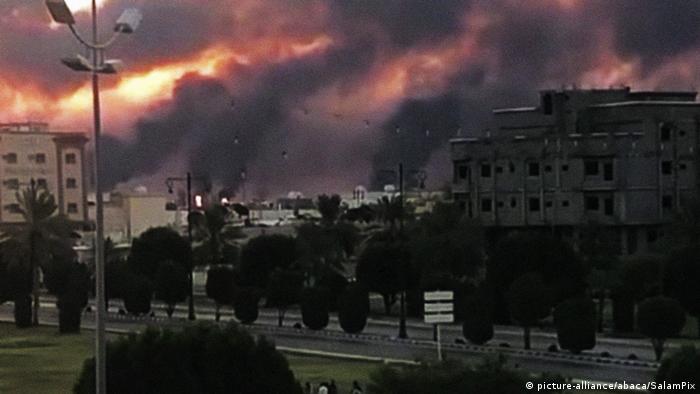 "For Iran, the status quo is unsustainable and there is a tacit understanding among all parties involved that Iran has to keep the pressure up," Justin Bronk, a research fellow at the Royal United Services Institute, a London-based defense policy think tank, told DW. "But without crossing any American red lines — specifically, the deaths of American citizens — that would force the US into a military response against Iran, something they do not want to do."

Bronk, an expert in air defense, said the more basic category of weaponized drones known as "loitering munitions" are perfect for this. They are comparatively inexpensive and expendable, and can carry around 30 kilograms (65 pounds) of explosives — enough to do some damage and possibly kill, but limited in their potential destructive capacity. "It's all carefully calibrated," he said.

Drone attacks like this can also be considered a morale booster for any anti-Saudi or anti-US militias, he added.

No sleepless nights for Saudis

So how dangerous is this threat for Saudi Arabia?

"The problem for Saudi Arabia is that it is such a huge country," said Bronk. "Mostly there is nothing [but desert]. However it is crisscrossed with critical infrastructure, a lot of which is quite vulnerable because, for example, it is dealing with flammable materials, as in the oil industry. At the moment, Iran could attack American allies in the region without triggering a US military response, so right now I would be more concerned if I were an American ally in the region, than if I were sitting in a US embassy."

As for the Saudi royal family, Bronk suspects they will continue to sleep well. Not all infrastructure can be protected from this simpler class of aerial attack, but the family themselves are well-protected by what he calls "a significant sensor and shooter cordon when not in hardened structures."

Hardt: JCPOA can be improved