Witnesses have reported hearing a loud explosion over Riyadh, three days after a missile was intercepted on its way to the city. 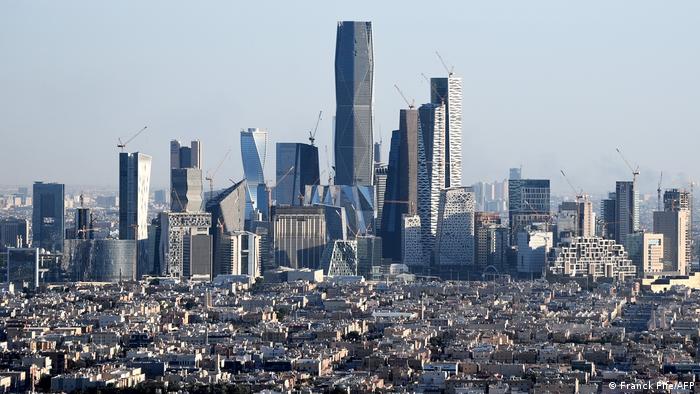 On Saturday, the Saudi-led military coalition operating in Yemen had said it had intercepted and destroyed an "enemy air target" launched towards Riyadh

A loud explosion was heard over the Saudi Arabian capital of Riyadh on Tuesday, witnesses reported.

The cause of the blast has not yet been confirmed, but Saudi-owned al-Arabiya TV cited videos on social media of a missile being intercepted over the city.

Witnesses told Reuters that they had heard two bangs and saw a small plume of smoke in the sky.

On Saturday, military officials from the Saudi-led coalition engaged in Yemen said they had destroyed an "enemy air target" fired towards Riyadh.

Houthi militants, backed by Iran, have launched several cross-border drone and missile attacks, targeting oil and civilian infrastructure, since Saudi Arabia began its intervention in Yemen in 2015 to restore the government the Houthis had ousted.

The Houthis denied being behind Saturday's attack, but a group calling itself Alwiya Alwaad Alhaq claimed responsibility.

It's rare for attacks to reach the capital, which is located some 700 kilometers (435 miles) from the Yemeni border.