Sanctions aren′t the key source of Russia′s woes | Europe | News and current affairs from around the continent | DW | 30.01.2015

Russia has been heading towards a heavy recession for a long time. Now the EU is discussing new sanctions against Moscow. What part do sanctions from the West actually play in this crisis? 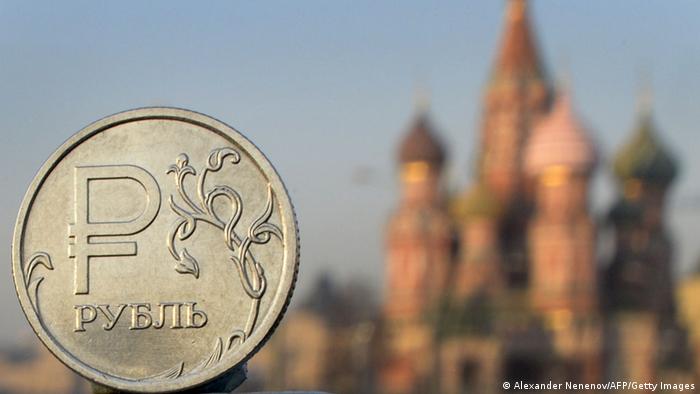 If European media report that the Russian economy runs the risk of a severe recession because of sanctions from the West and falling oil prices, then they are undoubtedly right.

However, the economic difficulties in Putin's empire are largely home-made. The sanctions the West imposed on Russia because of Moscow's aggressive politics toward Ukraine have only exacerbated existing structural problems.

That is also how Russian Finance Minister Anton Siluanov says he sees the situation. At the end of November 2014, he already estimated that Russia's losses due to geopolitical sanctions could amount to approximately $40 billion (35.32 billion euros) a year. The consequences of these measures may be considerable, but nonetheless "not that critical for the political course and maybe for the budget as prices for export goods," he said, referring to oil and natural gas. The price point of those commodities has usually been coupled with the state company Gazprom's oil prices.

"First and foremost, the decline of oil prices has an impact; we're earning less foreign currency," emphasized the minister.

In November, Siluanov had estimated that annual losses due to the decline of oil trading prices would be $90 to 100 billion. At that time, the most important Russian export product by far had already lost around 30 percent of its value. Soon thereafter, once the loss was over 50 percent, the finance ministry recalculated. 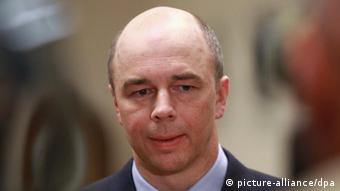 The effect of the "outer shock," as Moscow has been describing the cheap oil and the sanctions as of late, is now around $200 billion, declared Anton Siluanov in front of the upper house in Russian parliament on January 28.

Sinking oil prices can be traced back to the dramatic fall of the ruble at the end of 2014, which became one of the most dramatic precursors of the country's crisis. Since then, the exchange rate has been fluctuating simultaneously with the oil trade prices. Russia's main problem is that its political leaders had depended on a never-ending stream of petroleum revenue for far too long and had done astoundingly little for the modernization and diversification of the domestic economy.

The economy had already begun weakening in the spring of 2013, owing in part to a worsening climate for investments. In the summer of 2014, recessionary tendencies abounded - before oil prices started plummeting and the EU went from restrictions on admission and blocking bank accounts to actual economic sanctions.

"The sanctions are catalyzing the development but are not their main cause," explained Rainer Seele, president of the German-Russian Chamber of Commerce Abroad and head of the BASF subsidiary Wintershall, which has been active in Russian for over two decades. The Russian minister of economic affairs, Alexei Ulyukayev, recently spoke to the newspaper Vedomosti about the three crises that the country presently must overcome: a structural crisis, a cyclical crisis and geopolitical one. For him, the sanctions take third place.

And even the head of government, Dmitry Medvedev, emphasized at the end of January that Russia has a set of major problems that "are not related to external influences and are not even connected to changing oil prices." 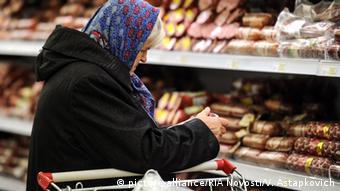 Russians are being hit with heavy inflation in supermarkets

One of the basic problems, according to the former Russian president, is that wages and salaries have gone up faster than productivity in the past 10 to 12 years.

Hence, the significance of the EU's one-year-old economic sanctions should not be overrated. Cuba, North Korea and Iran have been living under much harsher external conditions for years or even decades. Most of the EU sanctions imposed on August 1 and extended on September12 are quite selective. The delivery of arms has been banned, for example, as has been the delivery of equipment for oil production in the arctic or for shale oil extraction.

The real pain for several state banks as well as state oil and defense companies is the restricted access to European capital markets. They are heavily in debt in the West and will soon have to repay their loans or refinance them. That is why the head of foreign trade at Germany's Association of German Chambers of Industry and Commerce (DIHK), Volker Treier, says, "The effect of the third EU sanction level against Russian will not fully unfold until this year."

Russian consumers have already felt the effect of Moscow's counter-sanctions well enough. On August 6, 2014, Vladimir Putin prohibited the import of foodstuffs and agricultural products from the entire European Union per decree. This was intended to cause painful losses for European farmers and, at the same time, provide impetus for domestic agriculture.

But Russian agriculture doesn't even have the capability to benefit from the protectionist measures. The result is that food prices have skyrocketed. According to official forecasts, the inflation rate should reach 17 to 20 percent in the spring. Russia's attorney general also opened an investigation in January because she had noticed a price increase of up to 150 percent for some products.

Lawmakers in Russia are considering a proposal to condemn Germany's 1990 reunification, labeling it an "annexation" of the East by the West. It's thought to be Moscow's answer to condemnation of its takeover of Crimea. (28.01.2015)

US President Barack Obama and German Chancellor Angela Merkel have spoken about their concern over a "significant increase in violence" in eastern Ukraine. Separatists have recently launched a series of new offensives. (28.01.2015)