The airline said it received information about a possible security threat on board. Police said there had been a tip-off by telephone. 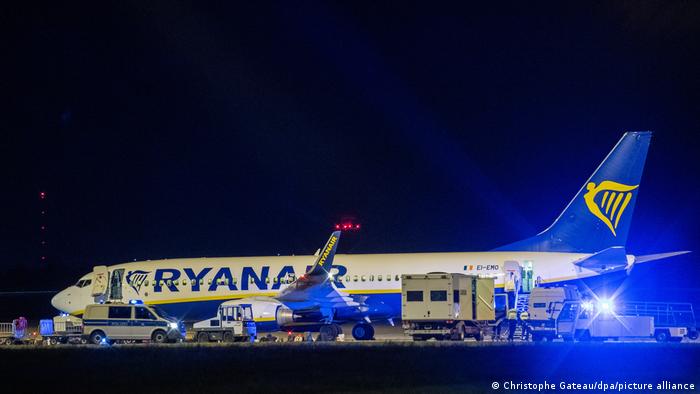 A Ryanair passenger plane flying between Ireland and Poland made an emergency landing in Berlin on Sunday, German police said.

The flight with 160 people on board was en route from Dublin to Krakow when it arrived at the Berlin-Brandenburg airport shortly after 8 p.m. (1800 UTC) on Sunday. It remained grounded at the airport into early Monday morning.

Germany's federal police arrived at the scene. They used detection dogs to inspect baggage before it was taken inside the airport. 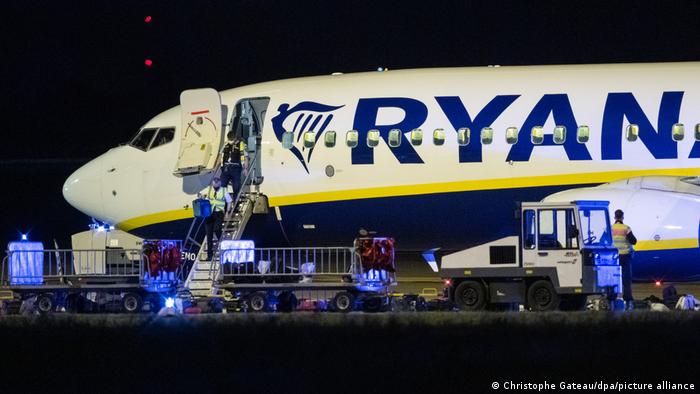 Federal police searched baggage before removing it from the flight

A Berlin police spokeswoman said that officers had completed their security checks but they had not detected any danger.

Passengers were able to travel on in a replacement plane at around 4 a.m. local time.

The Irish airline on Monday said it made the unscheduled landing due to information received about a possible security threat on board.

There was a tip-off, an announcement by telephone," a spokesman for the federal police said on Monday. "We needed to rule out that there was any danger," he added.

The incident took place a week after another Ryanair flight was forced to land in Belarus' capital Minsk before authorities arrested a journalist onboard. The forced diversion prompted international outcry and the European Union subsequently urged its airlines to avoid Belarus airspace.

The official reason given for the forced diversion of the Ryanair flight by Belarus earlier in May was a reported bomb threat.

In July last year, another Ryanair plane from Dublin to Krakow was forced to make an emergency landing in London after a false bomb threat.