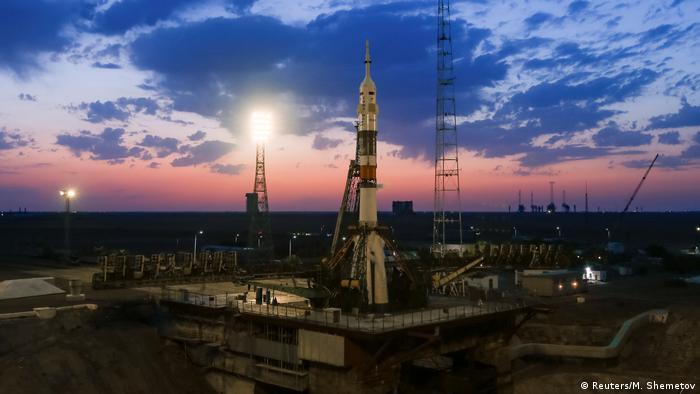 A former journalist and current policy advisor to the head of the Russian space agency, Roscosmos, was detained on Tuesday accused of treason, the organization announced.

The FSB allege Safronov passed on classified military data, as well as defense information, to the other country.

Meanwhile, Roscomos said an investigation was underway and that it was "fully cooperating with the investigative authorities."

There has been an outpouring of support for Ivan Safronov from within the Russian media sector. Journalists gathering outside the FSB building in Moscow to protest his arrest. Several demonstrators were arrested, though one-man pickets do not have to be authorized in advance in Russia. Many of the assembled protesters told reporters that they were convinced that Ivan Safronov had been arrested for his independent journalism.

Speaking in a video from a police van, Kommersant journalist Alexander Chernykh commented that "when journalists are arrested one after the other – that is a very bad sign for our whole country." On Monday, Radio Free Europe/Radio Liberty (RFE/RL) journalist Svetlana Prokopyeva was found guilty of inciting terrorism for a column. Some observers have also compared Safronov's case with the arrest of investigative journalist Ivan Golunov last year. He was accused of drugs possession but all charges against him were dropped after a huge public outcry over the case because of a lack of evidence.

Safronov's father, also called Ivan, was an investigative reporter at Kommersant as well. He died in 2007 in murky circumstances having fallen from a high window. An inquiry ruled it was suicide, but some of his colleagues disputed that, saying he had been working on a story about Russian arms deals with Iran and Syria.

Roscosmos: Arrest unconnected to us

The space agency said in a statement that the arrest of Safronov in Moscow had nothing to do with his work at Roscosmos. He joined the space agency as a media and policy adviser in May this year.

A source told news agency Interfax that Safronov's arrest could be connected to his work as a journalist, his previous profession, and that he did not have permission to access state secrets as a member of staff at Roscomos.

Safronov was a journalist and columnist working for the independent newspapers Kommersant and Vedomosti, where he wrote about political issues, the military, and space programs in Russia.

In 2019, Kommersant took down an online article co-written by Safronov about the delivery of Russian jets to Egypt. The decision to remove the column was made in the wake of court proceedings getting under way looking into the disclosure of state secrets.

Safronov was forced to resign from Kommersant in May 2019 after filing a report saying the speaker of Russia's upper house was planning to resign.

The entire politics desk of the newspaper quit in protest against the dismissals of Safronov and a colleague who co-authored the piece.

The EU's de facto capital is teeming with Russian and Chinese spies, according to officials cited by a German newspaper. Diplomats have reportedly been told to avoid certain eateries in the European quarter. (09.02.2019)

Lithuania has handed over two convicted Russian spies to Moscow, with three spies headed in the opposite direction. Two Lithuanians were freed, along with a Norwegian border guard, as part of the Cold War-style swap. (15.11.2019)