The UK has slapped sanctions on dozens of individuals and organizations in Russia, Saudi Arabia, Myanmar and North Korea over human rights abuses. London also threatened to seize their "ill-gotten gains." 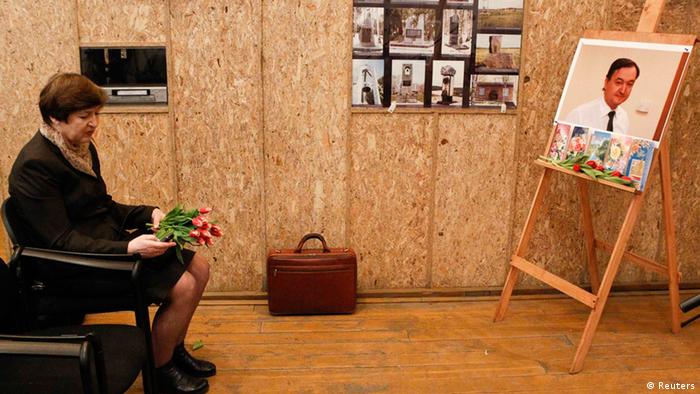 Moscow representatives described the UK's decision as "unfriendly" and said it was "quite obviously conceived merely as a public move."

London's announcement comes after the UK adopted its own version of the Magnitsky Act, a law that allows nations to target specific foreign citizens and organizations over human rights abuses. The original law was adopted by the US in 2012, in memory of Russian lawyer and tax advisor Sergey Magnitsky who died in Russian jail under suspicious circumstances.

On Monday, UK Foreign Secretary Dominic Raab said the sanctions were aimed at stopping the laundering of "blood money." The UK can use the law to bar entry to individuals believed to be responsible for human rights abuses, as well as to stop money flowing through the banks and cut off violators from their profits.

"You cannot set foot in this country, and we will seize your blood-drenched ill-gotten gains if you try," Raab said.

Top of the food chain in Russia

The sanctions target 25 Russian officials, including Alexander Bastrykin, who leads Russia's federal law enforcement agency, the Investigative Committee. The UK has also moved against senior Saudi intelligence officials believed to be involved in the brutal murder of journalist Jamal Khashoggi in 2018. North Korea's secret police and its law enforcement agency have also been placed under sanctions. UK officials also listed Myanmar military leaders Min Aung Hlaing and Soe Win as targets due to violence against the Rohingya minority.

This is the first time that the UK has imposed sanctions on its own after leaving the EU. The US' top diplomat Mike Pompeo praised London for ushering in "a new era for UK sanctions policy."

No torture, no 'violence'

In 2008, Sergey Magnitsky uncovered what he claimed to be a massive tax fraud which involved Russian officials, but he was then arrested on tax fraud charges before dying in 2009. His family says he was brutally beaten while in jail. A subsequent probe by Russia's Presidential Council on Human Rights found that the lawyer had been beaten and denied medical treatment, and also blamed the government for failing to prosecute those responsible. However, a Russian court cleared the only official charged with Magnitsky's death, prison doctor Dmitry Kratov in late 2012, with the Investigative Committee later dropping the investigation and claiming Magnitsky suffered "no physical violence or torture" while in jail.

Last year, the European Court of Human Rights ruled that Magnitsky was given "inadequate medical care" for his medical issues, and that he "had been ill-treated shortly before dying" in 2009.

On Monday, the Russian embassy in London said that all "questions regarding the circumstances of Mr. Magnitsky's death have been answered long ago."

"We are particularly appalled by the designation of top officials of the Prosecutor General's office and the Investigative Committee of the Russian Federation, as well as judges," the diplomats said. "In Russia, investigation, prosecution and the judiciary operate on the basis of independence from the executive and are guided exclusively by law."