The ECHR has ruled that Russia violated multiple rights of Sergei Magnitsky — an auditor who died a decade ago while in pretrial detention. The court said the poor medical care he received led to his death. 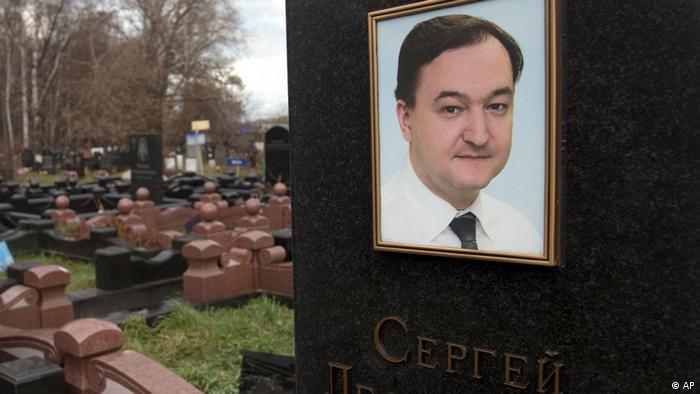 The European Court of Human Rights ruled on Tuesday that Russia violated the rights of Sergei Magnitsky, an auditor who was charged with tax evasion while investigating state corruption.

Magnitsky died in pretrial detention in Moscow in 2009 after complaining of mistreatment and health problems. His death gained international attention and highlighted Russian human rights abuses, leading the United States and other countries to pass "Magnitsky Acts" targeting Russians accused of rights abuses.

The Strasbourg-based court ruled that Magnitsky's detention under poor conditions amounted to ill-treatment and that Russia had violated his right to life.

"The Court found in particular that the medical care given to Mr. Magnitsky in prison had been inadequate and had led to his death and that the subsequent investigation had been lacking. He had also been held in over-crowded conditions and had been ill-treated shortly before dying," the ECHR said.

Russia did not provide 'sufficient reasons' for detention

In addition, the court said that Russia had violated the auditor's right to liberty and security with the lengthy pretrial detention and that he was further denied the right to a fair trial in posthumous proceedings that found him guilty of tax evasion.

"The authorities had had reasonable grounds to suspect Mr. Magnitsky of being involved in tax evasion," the court said, noting that the "inquiry into alleged tax evasion which had led to Mr. Magnitsky's arrest had begun long before he had complained of fraud by officials."

But that suspicion did not justify his imprisonment for more than a year and "the authorities had not provided sufficient reasons for keeping him detained for such a long period of time," the seven judges said. 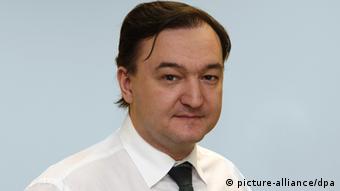 Bill Browder, an investment fund manager who employed Magnitsky, told DW that the court's verdict was a "big vindication."

Browder, who has led a campaign to expose corruption in Russia and punish officials who he believes are responsible for the auditor's death, said that the Russian government has been trying to "change the narrative" regarding Magnitsky's death.

Magnitsky had been working for the hedge fund Hermitage Capital when he alleged he had uncovered a $230 million tax fraud scheme by Russian officials.

Run by American-born British financier Browder, Hermitage Capital specialized in exposing corruption at companies it held in an attempt to improve management and reduce the negative impact of graft on the share price. Once one of the largest foreign investors in Russia, it was also able to buy assets on the cheap in the 1990s and early 2000s.

Browder, who had once backed President Vladimir Putin, has since become one of the Russian state's greatest enemies for his crusade against corruption and lobbying governments to introduce "Magnitsky Acts."

Russia accuses him of tax evasion, for which he was convicted in absentia.

Is the EU kowtowing to the Kremlin on Magnitsky sanctions?

In a controversial posthumous trial, a Moscow court has convicted the late lawyer Sergei Magnitsky of tax evasion. Human rights activists have sharply criticized the judgment, calling it a miscarriage of justice. (11.07.2013)