A trio of audiences with the pope is rare. It has led to speculation over what could be behind Russian President Putin's third trip to the Vatican. 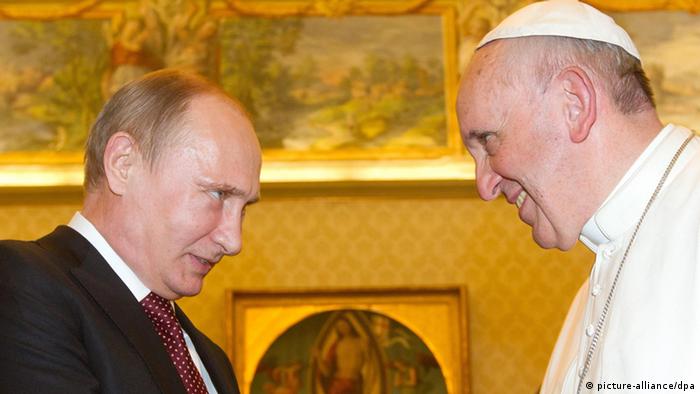 The meeting between Pope Francis and Vladimir Putin on Thursday is the pair's third personal encounter.

"I can imagine that themes dear to the Holy Father, such as peace and safeguarding our common home, are likely to be on the agenda of discussion," Paolo Pezzi, the Catholic Archbishop of Moscow told Vatican Radio.

In November 2013, just eight months after Francis took over at the Vatican, the Catholic leader and Russian president discussed a possible peace initiative for Syria. But after the meeting, Putin said Russia and the Vatican wanted to strengthen contacts in the fields of culture, science, education and health.

But it is unlikely to lead to a papal visit to Russia. "It is not likely the Russian president will invite the pope on his own without the backing of the Russian Orthodox Church," Pezzi said.

No Catholic Church leader has yet entered the domain of Russian Orthodoxy. And since the days of Pope John Paul II, it has been a coveted destination for a papal trip.

The second meeting, in June 2015, was about a year after Russia annexed Crimea, which made for a far tenser situation. That meeting lasted 50 minutes — quite lengthy as far as papal audiences go. The pope demanded "sincere and comprehensive efforts for peace" in Ukraine, the Vatican said, adding that the pair agreed a "climate of dialogue" had to be restored and that "all parties" had to adhere to the Minsk ceasefire agreements.

Talks on Thursday will likely focus on the Christian presence in the Middle East and the situation in Ukraine, according to sources in the Church. But it's future travel arrangements that have grabbed the public's interest more than global security. 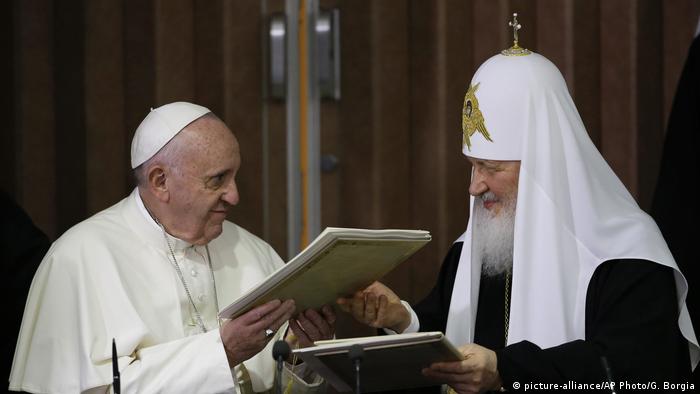 A bout of Christian jealousy?

After the announcement of Putin's trip, the Russian Orthodox Church said a visit to Russia by the head of the Catholic Church is "currently not on the agenda of bilateral relations."

"In our Church, many bishops, priests and believers are not ready to receive him," Metropolitan Hilarion, the head of the foreign office of the Orthodox Moscow Patriarchate, told the Swiss portal cath.ch.

In 2016, Francis met briefly with Patriarch Kirill I at Havana airport in Cuba. Francis was the first pope to meet with a Russian Orthodox Church leader after almost 1,000 years of religious division between the western Roman Catholic and Eastern Orthodox churches. More recently, the church leaders' views differ on the Ukraine conflict and the independence of the Ukrainian churches.

But the head of the Catholic Church has a good reputation in Russia, and some suspect Kirill, who is intent on good ties with the Kremlin, could be jealous of the Argentine pope's popularity. In an opinion poll in 2016, three out of four Russians were in favor of the Catholic pope visiting their country.