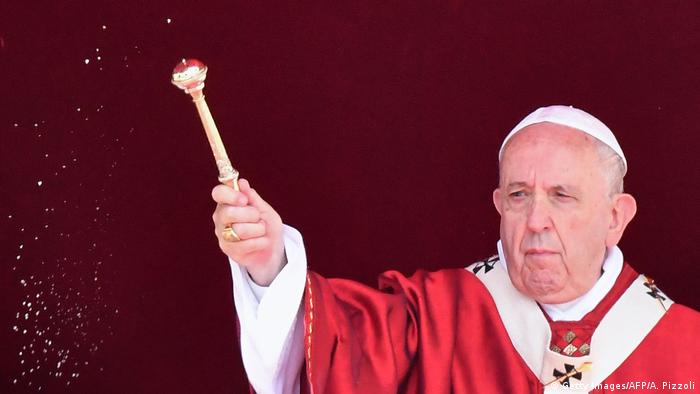 In his homily in front of tens of thousands in St. Peter's Square, Pope Francis lamented that "the more we use social media, the less social we are becoming."

"Nowadays it is fashionable to hurl adjectives and, sadly, even insults," said the Roman Catholic pontiff, pleading instead that people respond to "malice with goodness."

The world's rifts and inequalities needed healing through a "spirit of brotherliness," he said.

"We will not come to a state of calm if we distance ourselves from those who do not think as we do, and we will not find peace even if we solve the difficulties of the moment," he cautioned.

A church without its biblical Holy Spirit was left bereft as just an organization, he added, making its mission no more than propaganda.

In Munich, leading German Catholic bishop Reinhard Marx appealed for a return to a culture of "listening to each other."

In a reference to church disputes, such as "Maria 2.0," a German Catholic women's campaign against male dominance amid abuse scandals, Marx said regretfully that communication often did not prosper, "not even in the church." 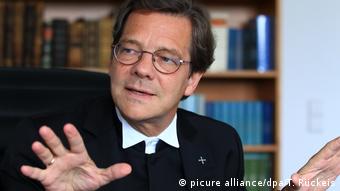 Berlin's Protestant bishop Markus Dröge, delivering his Pentecost sermon, accused "political functionaries" of making a "principle out of lying" for their own political and ideological advantage.

It was difficult to resist and debunk lies but credibility and reliability were essential attitudes for societal cohesion, said Dröge, adding this was a thread common to the Christian Pentecost and Jewish Shavuot observances coinciding this Sunday.

'Victims of our own rage'

Helmut Dieser, Catholic bishop in the diocese of Aachen, where Germany borders Belgium and the Netherlands, warned that without respect in conversation "we will only become victims of our own rage."

Examples of society under great pressure were evident in the United States, Britain, Austria and Italy, said Dieser, adding that, in Germany too, no one benefited from talking past one another.

In biblical theology, Pentecost is regarded as inspirational spring festival moment when the Christian church was born and is said to have Greek origins in being the 50th day after Easter when Jesus of Nazareth died on the cross.

Veteran German historian Friedrich Fried has renewed theological debate in recent weeks with his book "No Death on Golgotha," arguing on the basis of modern medical findings that Jesus survived crucifixion and fled, first to Jordan and then Egypt. 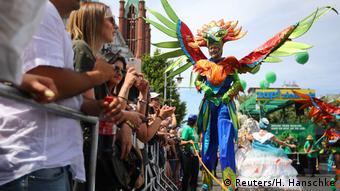 Berlin on Sunday also staged its Carnival of the Cultures street festival, held since 1996 to coincide with Pentecost.

Participants did without motorized vehicles as a climate-friendly gesture, resorting instead to handcarts and wagons.