Pentecostal churches are wildly popular in Nigeria — and increasingly rich, as they run thriving businesses empires on the side. Critics say they exploit people's faith. 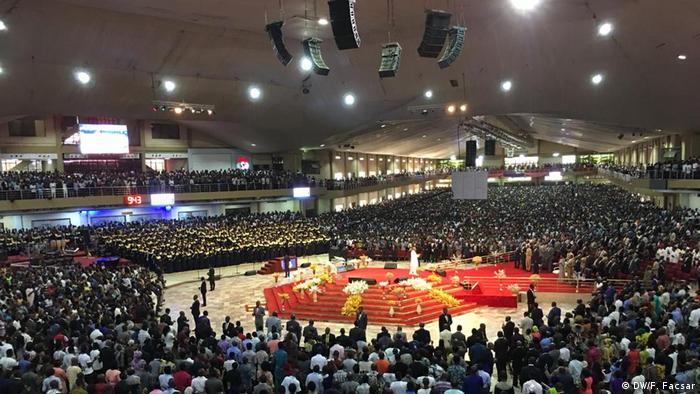 The prosperity gospel by David Oyedepo sounds hypnotizing. A crowd of 50,000 people is taking in every word. 50,000 — that is the current capacity of the Living Faith Church just outside of Lagos, the country's third biggest Pentecostal church.

Many more listen to Oyedepo outside this megachurch, those who did not get a seat inside. They raise their hands towards the sky in devotion, in hopes their prayers will be heard. Oyedepo is just one of many pastors in Nigeria who promise positive change. 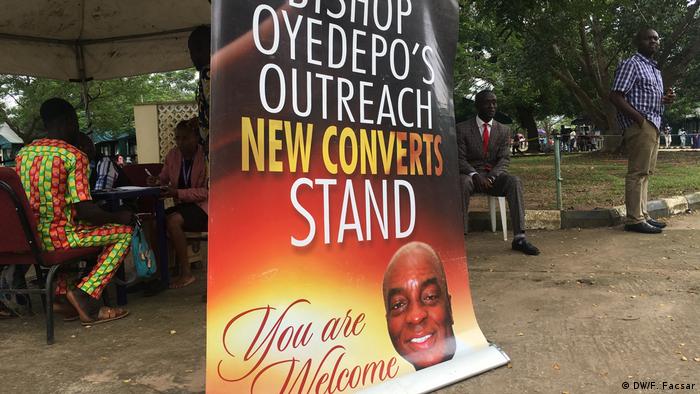 The pastor, who calls himself bishop, knows what people in Nigeria need the most: stability and jobs. His net worth is estimated to be $150 million (€128 million). Many of his followers want to be like him. They yearn for prosperity in the country that ha the highest number of people living in extreme poverty worldwide.

Nigeria, instable as the violent campaign by jihadist militants Boko Haram has been raging for almost a decade, has experienced an economic recession in recent years. The government promises change, but the country is plagued by mismanagement and massive corruption. It was during this period that the number of Pentecostal churches began to increase. There are at least 500 in Nigeria, some of them with branches worldwide. Nigerians turn to faith as their trust in the government wanes.

Service as a mass event

The country is already one of the most religious in the world: About 50 percent of the country is Muslim. An estimated 80 million people are Christian and about half of them are members of a Pentecostal church.

I am attending the third service of the Living Faith Church, but it takes a while before I find the entrance. The church is on a huge campus with parking lots, a private university and a school. Friendly welcome teams usher me in with thousands of other worshippers. 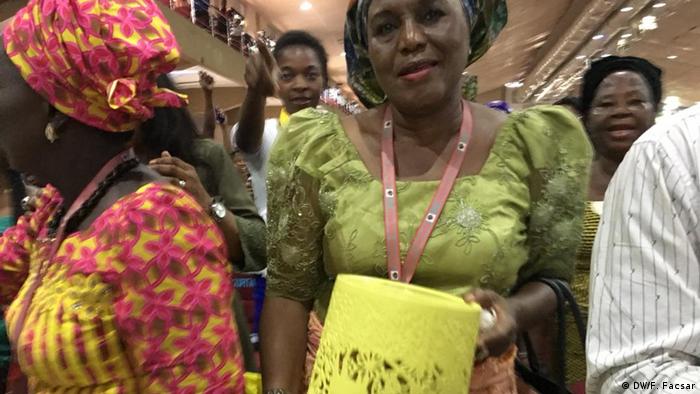 A member of the Living Faith Church collects offerings

Media are met with skepticism. So is our camera. A security person follows our every step. We still manage to witness a perfectly choreographed mass event. Inside the church, the crowd is rather reserved at first, but then the gospel music intensifies, reaching every corner inside the building and on the campus via megaphones. The crowd cannot stay seated when their pastor finally shows up. Oyedepo is celebrated like a star. It is in this moment of absolute devotion and ecstasy that huge yellow baskets are passed around to collect the offerings.

Offerings are accepted outside the church, too. And the big donation baskets fill quickly. People believe that the more you give during and after the church service, the more your wealth will increase.

After church, there are plenty of ways to spend more money. How about olive oil for $5 per bottle? In a country with a minimum wage of $50 per month, that is a small fortune. The vendor explains to me that this is very special oil because it is blessed. "And once you believe and use the oil, it cures sickness, it cures anything, people have been cured from HIV by using just this oil," he says. 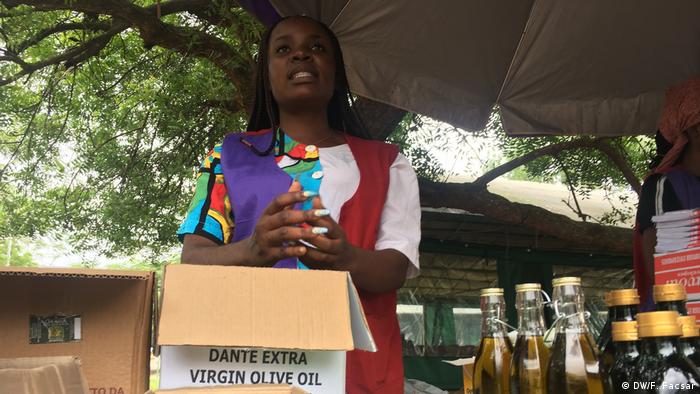 Critics disapprove of this business practice. Each Pentecostal churches promises economic salvation, promises solutions. "That comes with a price tag. Francis Falako tells me. "People's faith is being exploited," the professor of religious studies at the University of Lagos adds.

"Most of these pastors are not there to serve, they are there to enrich themselves, if you question some of their practices, they quote the Bible to support themselves and say Jesus was not poor," Falako says.

Churches are not required to pay taxes. With the rise in extreme poverty, some politicians want to change that, which is highly unpopular among those who believe positive change is only possible through their faith — and not their government.

The Living Faith Church plans to expand and build a new church in Nigeria, with a rotating altar and capacity to seat 100,000 people.

In the middle of Lagos young entrepreneurs develop business ideas and put together their first start-ups. But only a few will actually survive and flourish in this competitive world. (11.07.2018)

There are calls for the Cameroon government to shut down some of the country's Pentecostal churches. This is based on reports of a pastor who stole from his congregation and another who allegedly impregnated seven women. (21.03.2018)

The mockery of pastoralist Fulani over their enthusiasm for cows has made way for the slurs of "terrorists" and "militia" as disputes with others in West Africa lead to bloodshed. In Nigeria they face other problems too. (12.09.2018)