German Catholic women have launched a weeklong boycott by suspending voluntary work in churches. Their protest has crystallized fury over a male-only priesthood and bishops' foot-dragging on sex scandals. 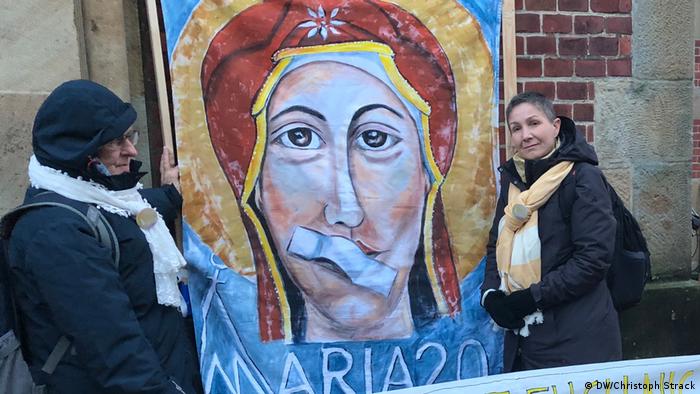 A grassroots Catholic women's movement - using the motto of the Virgin Mary who should be given her voice - launched a week of disobedient non-service on Saturday - with the backing of major lay organizations and even singular bishops.

The women planned to hold rites outside churches, without priests, and withhold services inside parishes until May 18 at least 50 locations to back their call that the Vatican open the priesthood to women and drop celibacy.

Left undone will be attendances at mass and committees, parish housework and the liturgical readings – tasks left typically to regular churchgoing women. The central protest will be outdoors in the northwestern city of Münster on Sunday.

One of the initiators, Andrea Voss-Frick, said the Maria 2.0 movement – conceived early this year at a women's parish bible meeting in Münster, a hub of German Catholicism – had received endorsement from Berlin, Hamburg and Vienna. The Virgin Mary is referred to as Maria in German.

The impulse came as the initiators realized that the Vatican's pronouncement and church teachings of hope "didn't come across at all" amid abuse and cover-ups, said Voss-Frick.

On Friday, two nationwide groups - the Catholic German Women's League (KDFB) and the Catholic Women's Community of Germany (KfD) – described the strike call as an "important signal" and urged bishops not to ignore it. 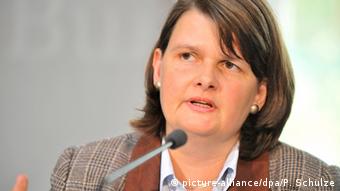 KDFB president Maria Flachsbarth said abuse cases and cover-ups by priests had slid the church into deep crisis and credibility loss. Striking women wanted to show how much the church and its evangelical "gospel" meant to them, said Flachsbarth who is also a federal parliamentarian and member of Chancellor Angela Merkel's Christian Democrat (CDU) party.

'Without women, nothing happens'

"Without the women nothing happens," said Thomas Sternberg, president of the Central Council of German Catholics (ZdK) at its lay convention in Mainz on Friday.

The ZdK voted to pursue a "synodic path" at talks with the German Catholic Bishops' Conference (DBK) to tackle what Sternberg described as decades of pent-up frustration over a lack of reforms on power structures and sexual mores.

Changes were unavoidable, said Sternberg, predicting that in the process women would at least be licensed to become deaconesses and married men would become priests.

"Never before have I experienced a situation in which indignation extended so far into the core of our churches," said Sternberg.

Recalling the revolt's origins, Elisabeth Sikora told the progressive theological magazine Publik-Forum that she walked out of a church service in Sauerland, east of Cologne, when a guest pastor urged the congregation to "turn the other cheek." "The preacher did not mention the abuse, even with a word," Sikora said. "Again we should simply accept everything - without any confrontation with the crimes that have happened!"

At that moment, Pope Francis was convening his special synod in Rome on how to clamp down on decades of sexual abuse exposed in scandals worldwide.

She found the website Maria 2.0 of dissenting women at Münster's Holy Cross Church, depicting a Virgin Mary silenced with a sticking plaster, with an online petition addressed directly to the pope and citing Jesus of Nazareth's biblical call to "men AND women".

"We deplore the many known and unknown cases of abuse and injury of every kind in the Roman Catholic Church - their cover-up and obscuring by officeholders," the Maria 2.0 petitioners began, before demanding "access for women to all ministries."

The sticking-plastered Maria 2.0 depiction, one in a series painted by Münster's Lisa Kötter, drew condemnation Friday from retired doctor Christiane Bigalke, who said, nevertheless, she was an advocate of female equality in the church.

"She [Virgin Mary] should hardly say much; she should give birth to Jesus, That was her role!," Bigalke told Deutschlandfunk public radio. "To use Mary - yes, it now sounds very blatant - as a message carrier - that is the worst thing possible!."

"That's what I have experienced in the 25 years I've been in the ministry: the fiercest opponents of priesthood for women are among women!," said Jürgens.

"They are just accustomed because of their upbringing that they are the ones serving; that they're rather subordinate themselves. But the young women can't stand it anymore," he said.

Endorsing Maria 2.0 Saturday, Osnabrück bishop Franz-Josef Bode and chairman of the German church's Women's Commission said he regretted that on Sunday, May 12, women would not take part at regular mass.

"But one must be very perceptive of the impatience of many women in the Catholic Church. Behind it is a very deep wound — that they in the church do not feel accepted in relation to their efforts.

Bode added that in the foreseeable future he saw no chance of the priesthood being opened to women. German bishops had however set a 30% managerial quota for women in the church by 2023.

The period of silent women is over!