Under the banners of accountability and transparency, Pope Francis has opened an unprecedented summit on sex abuse in the Catholic Church. He said that serial criticizers of the church were in league with the devil.

Pope Francis kicked off a four-day summit on child protection on Thursday by warning bishops the faithful want concrete action, not just condemnation.

Church leaders from around the globe have gathered for the meeting, which will focus on the child sex abuse crisis within the Catholic Church, although abuse survivors have voiced concerns that Francis' efforts to raise awareness don't go far enough.

What's been said so far: 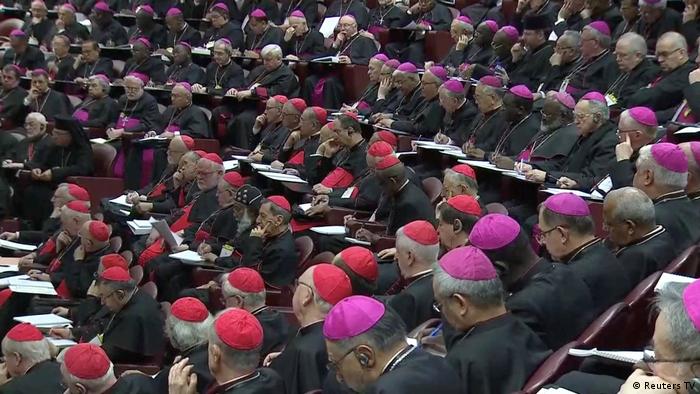 How have victims reacted?

Survivors of clergy abuse and advocacy groups for victims gathered in Rome to hold protests alongside the summit. They'd requested a meeting with Francis himself on the eve of the event but were only met by summit organizers.

During the meeting, Phil Saviano, a victim who helped uncover the "Spotlight" abuse cover-up in Boston, urged the church to release the names of abusive priests.

"Do it to break the code of silence. Do it out of respect for the victims of these men, and do it to help prevent these creeps from abusing any more children," he said.

Read more: Doris Reisinger: For clergy, 'I was the perfect victim'

Are there any changes expected?

Many of the survivor groups have called on the Catholic Church to expel predator priests and bishops guilty of covering up abuse and to open Vatican archives on abusers. They also want the church to make it a requirement that bishops report suspected abusive priests to the police — they are currently only encouraged to do so.

Their demands for fundamental reforms are not likely to be met during the summit. However, certain changes — such as minor changes to canon law — are expected.

Decades of abuse scandals: The summit is being viewed as a major test of Francis' leadership, with his record on combating child abuse under close scrutiny.

Francis organized the landmark summit following the latest spate of sex abuse revelations and scandals to arise in the United States, Chile, Ireland and other countries. Last week, Francis defrocked a former US cardinal, Theodore McCarrick, over accusations that he sexually abused a teen.