Pope Francis has belatedly acknowledged that nuns have been sexually assaulted by Catholic priests. Doris Reisinger, who wrote of enduring sexual assault by clergy as a nun, tells DW that the Vatican must finally act. 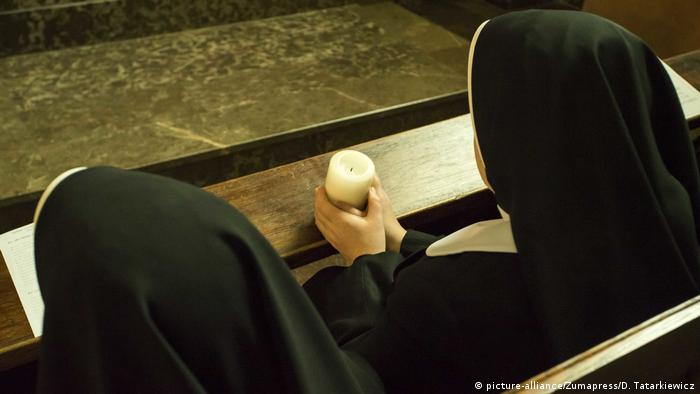 As the Catholic Church reels from continued reports of sexual abuse by clergyworldwide, Pope Francis has, for the first time, acknowledged the rape of nuns by clergy, saying the Vatican must do more to prevent assault.

In January, the Austrian theologian Hermann Geissler resigned as chief of staff of the Congregation for the Doctrine of the Faith, the Vatican body that investigates reports of assault within the Catholic Church. The priest's departure comes after a nun's accounts of repeated rape by him were made public. 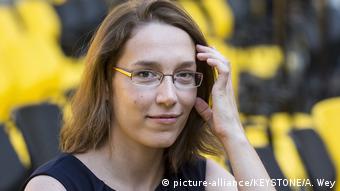 The former nun Doris Reisinger, a well-known philosopher, theologian, author and activist, told DW that the hierarchies of many religions and faith communities, such as the Catholic Church, subordinate individuals and often provide the ideal conditions for assault by men higher up in the ranks. She also spoke of her own experiences of assault within the Catholic Church.

Reisinger was born in Germany in 1983. At the age of 19, she joined the Catholic religious community Das Werk, which maintains close ties to the Roman Curia. She says she was subjected to various forms of abuse by Catholic clergy, from spiritual manipulation to rape and assault by priests.

In 2011, Reisinger left Das Werk. In 2014, she completed her theology studies in Germany. As Doris Wagner, her birth name, she has written two books about sexual assault by Catholic clergy and her experiences. Reisinger is currently writing her PhD thesis in analytical philosophy. She is married and has a child.

DW: What did you think when you heard the pope's statement?

Doris Reisinger: I first thought, "Wow, he is admitting, and the church is acknowledging, that there are such cases at all!" And, on the other hand, I thought, "How can the pope publicly acknowledge this without presenting a plan — without saying how he has dealt with it so far and what the Vatican intends to do about it?"

What do you expect from the pope now?

I expect him to admit how widespread these cases are. He has again made a kind of relativization by saying that sexual abuse of nuns by priests is particularly frequent in particular communities in certain countries.

I wonder where the pope has gotten the evidence for this claim. To the best of my knowledge, the only investigation carried out on this subject to date was in the United States in the 1990s. And the findings of this study suggested that 30 percent of all nuns were abused in their monasteries.

And I don't know what he wants to achieve by presenting it as a country-specific problem. There is a study by Maura O'Donohue that found cases in 23 countries all over the world: from Brazil to Ireland, Italy, African countries, the US to the Philippines.

I expect there to be more research on this — independent research. Above all, the cases already known to the Vatican must now be properly investigated.

After high school, you joined the spiritual family Das Werk. You say one priest raped you several times and that you were also assaulted by another. "I was a good fit in the predator-prey system," you said. What did you mean by that?

I was a very idealistic, pious young woman. I joined at the age of 19, I believed in my calling, and in the idea that one progresses in spiritual life through selflessness and self-abandonment — as well as by doing things that one could not immediately grasp.

At a certain point — it happened so quickly that I hadn't even noticed — I couldn't even say "I" anymore and certainly not "I want" and "I do not want." Thus, I was the perfect victim for a priest who could use this system for sexual assault. And this is true of many nuns.

What was your reaction when the first priest assaulted you?

The moment he did it, I knew: "That's not right." I also told him: "You can't do that." But I was incapable of defending myself at that moment. Afterward, I was still unable to understand what had really happened. I was so crushed by the situation that I was completely incapacitated. I first had to restore my inner-self again: "I am someone, I still have a life, and no one has the right to do that to me." Only then could I confront my superiors with these deeds and then, at a later point, quit the community and make it public.

How did you free yourself from these circumstances?

It has been a long road. What saved my life was that there was someone in the community I could talk to who immediately responded: "What happened to you is horrific. It should never have happened. And you could also do something about it — you could report it."

That was incredibly important for me to hear. I was fortunate that to have studied because that meant that I could find intellectual independence once again. And I had a scholarship that also made me financially self-sufficient. That was how I was able to escape at all.

Do you think the Catholic vows and emphasis on obedience allow certain kinds of abuse to fester?

I don't think so. I believe that vows and also religious life could be developed, interpreted and understood in such a way that people could live self-determined and mentally free lives.

Unfortunately, I see very little of this in religious communities. And there are very strict traditions that require subordination and limit people. But I do not believe that this necessarily has to be the case.