During a lunch with young Catholics, Pope Francis spoke out about the sexual abuse of children by clergy members. It was his first time directly broaching the subject during World Youth Day celebrations in Panama. 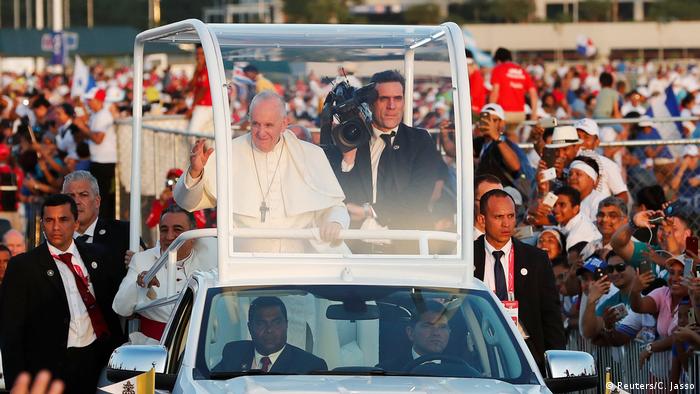 For the first time during his four-day visit to Panama as part of a celebratory gathering of faith for young Catholics, Pope Francis has directly addressed the church's far-reaching sexual abuse scandal, calling it "a horrible crime."

Revelations of widespread sexual abuse by clergy, as well as the church's cover-ups and failure to acknowledge victims, have become known as the major controversy of the Catholic Church under Pope Francis.

Lunch with a grilling

During a Saturday lunch that included the archbishop of Panama and 10 young pilgrims of different nationalities who had traveled to Panama for the World Youth Day celebrations, Francis was directly questioned about the sex scandal.

Brenda Noriega, a Mexican-born immigrant to the US who is a youth minister in California, told Francis that the sex abuse scandal in the US was the "crisis right now we cannot avoid talking about."

In response to her prompt, the pope called the scandal "a horrible crime" and assured her that the church was committed to supporting victims of abuse, Noriega told a press conference following the lunch.

"For me as representative of the US and a minister of young people, it means a lot," Noriega said. "It's to keep in mind that all the victims of the sexual crisis are heard, and that the church is committed to supporting them."

She added that Francis had also emphasized the importance of prayer.

"Youth ministers, we have been with people who have been angry but sometimes we forget about prayer. We react too easy and too fast. So I think what His Holiness is telling us and the church is to first pray, build community and not forget about accompaniment," Noriega said.

Francis also addressed environmentalism, indigenous rights and Christian ties to historical Palestine at the lunch. Participants said they were surprised at Francis' informality and interest in their questions. 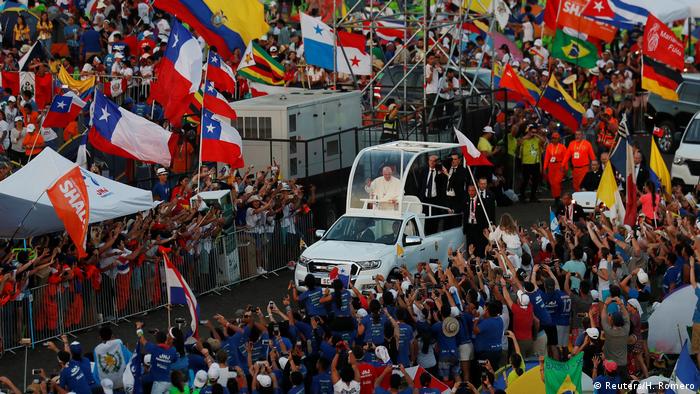 Church is 'wounded by sin'

Earlier in the day, at a Mass in the Cathedral of Santa Maria La Antigua that focused largely on insecurity and change as challenges to faith, Francis had described the church as "wounded by sin."

"The weariness of hope comes from seeing a church wounded by sin, which so often failed to hear all those cries that echoed the cry of the master [Jesus]: 'My God, why have you forsaken me?'" the pope said, referencing a portion of the New Testament.

Francis will host senior bishops from around the world at the Vatican from February 21-24 to address the sexual abuse of children and young people by clergy.

Organizers of the World Youth Day events said around 600,000 people had turned out for Saturday evening's vigil service. The five-day gathering ends on Sunday.

Vatican promises to crack down on sexual abuse

The slew of revelations about sexual abuse by Catholic priests has shocked people around the world. Now Pope Francis has announced an international summit to address the scandal. Will it make a difference? (05.01.2019)