Vatican promises to crack down on sexual abuse | Europe| News and current affairs from around the continent | DW | 05.01.2019

Vatican promises to crack down on sexual abuse

The slew of revelations about sexual abuse by Catholic priests has shocked people around the world. Now Pope Francis has announced an international summit to address the scandal. Will it make a difference? 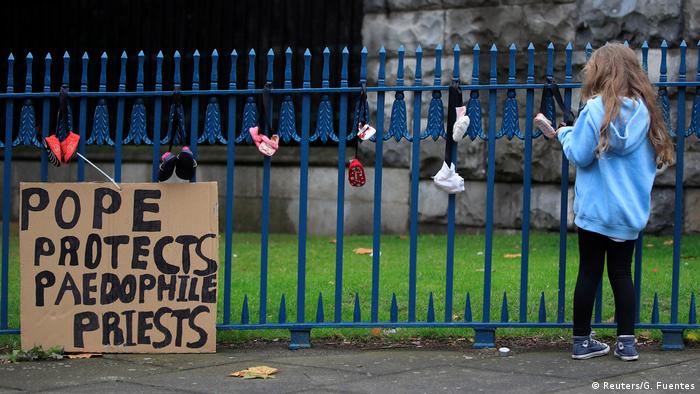 The crisis has reached the Vatican. Pope Francis has summoned the presidents of all the Bishops' Conferences across the world for three days of consultation next month, in an unprecedented effort to tackle the issue of sexual abuse perpetrated by people within the Church.

Pope Francis announced his decision to hold the consultation in the autumn in response to more and more reports coming in from more and more countries about crimes committed by clerics and the Church's reluctance to address and deal with them.

It began with revelations in Ireland, the United States and Germany, but the ripples kept on expanding. A few months ago, the film "Kler"("Clerics") drew audiences of millions in Poland. And Pope Francis' misjudgment of the abuse accusations leveled against members of the clergy in Chile was one of the darkest hours of his papacy: It overshadowed his visit to the Andean country in early 2018. The scandal has now engulfed cardinals, too, in the US, Australia, Chile.

"Sexual abuse is actually taking place wherever the Catholic Church has an organized presence," Matthias Katsch said in an interview with DW. Katsch was abused by a priest at the Canisius-Kolleg, a Jesuit high school in Berlin, and is now the spokesman for all those who suffered abuse at the school.

Katsch formulates what victims of sexual abuse expect of the meeting in Rome. He hopes that the Church will make it "unequivocally clear that it's understood that it has to take a radically different position in dealing with those affected; that reappraisal is needed at every level, including the level of the Vatican." There is, he says, a "fundamental, systemic problem," the Church needs to adopt a new attitude to those affected and their expectations of help and compensation. The "decisive factor" concerning abuse within the Church is "not how it deals with sexuality, but how it deals with power," says Katsch. "If I can do anything I want and not be punished for it, that leaves the door wide open to all forms of abuse."

Hardly anyone on the Church's side has spoken to as many victims of abuse as the Jesuit priest Hans Zollner. A German theologian and psychologist, he is the president of the Center for Child Protection at the Pontifical Gregorian University in Rome. He estimates that he has traveled to around 20 countries in the past year alone, speaking to those in charge and training Church employees — in Central America, Oceania, the United Arab Emirates. "The meeting at the Vatican will, for the first time, focus on the structural dimension of the cover-up of abuse, dealing with abuse, and the prevention of abuse," he told DW.

On the other hand, when the US Bishops' Conference wanted to act swiftly in an abuse case, he stalled. In the summer of 2018, Theodore McCarrick, one of the most important cardinals in the country and in the Church throughout the world, was exposed as a serial abuser and removed from the ministry. The bishops of the Church in the United States — which is both more conservative in character and more self-assured than the Church in Europe — wanted to start an immediate investigation into the allegations, but Rome initially dragged its heels. 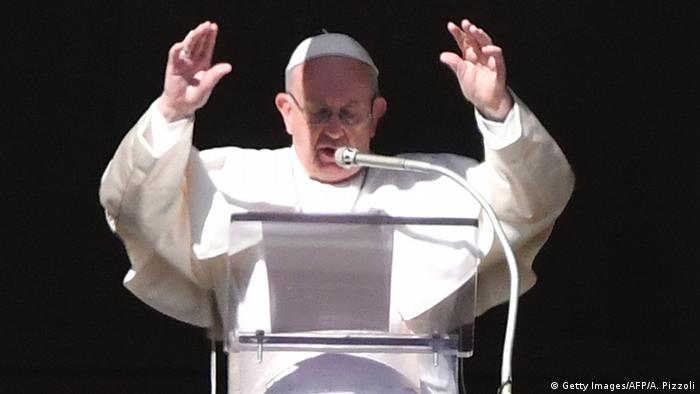 The presidents of all 113 Bishops' Conferences from around the world will gather in Rome, along with religious superiors, leaders of the Eastern Catholic Churches, and around 70 clerical experts. Meanwhile, outside the Vatican, there will be a meeting of at least 40 abuse victims from different countries and continents. Matthias Katsch will be there. Victims from Africa are also expected. "This is absolutely not a place where this doesn't happen," he says. "On the contrary: Everyone fears what has yet to come out about excesses of violence there: sexual abuse of children and young people, and also of women." Part of the problem is that in Africa, the role and standing of a priest is still not called into question.

An admission by the Pope

Zollner says it's still unclear whether there will be contact between those "inside," at the Vatican, and those on the "outside," He adds that both sides are trying to work out an appropriate format: "Contact with those affected is very important, to get a sense of what it's all about." Pope Francis has directed all the bishops taking part to speak in advance to victims of sexual abuse in their diocese.

He also made abuse the core subject of his annual pre-Christmas address to the Curia, the official body of the Roman Catholic Church. The perpetrators, he said, were committing "abominable crimes, and continuing to perform their ministry as if nothing had happened." The Pope admitted that in the past the problem had been dealt with negligently. "That cannot happen again."

The scale of clergy sexual abuse in the US state of Illinois is greater than the Catholic Church has recognized. Some 700 priests have been accused of child sexual abuse — the Church identified fewer than 200. (20.12.2018)