Russian minorities fear for languages amid new restrictions | Europe | News and current affairs from around the continent | DW | 05.12.2017

Residents of Russia's republics, which have large minority populations, fear their cultures are under attack after an announcement to significantly scale back the teaching of languages other than Russian. 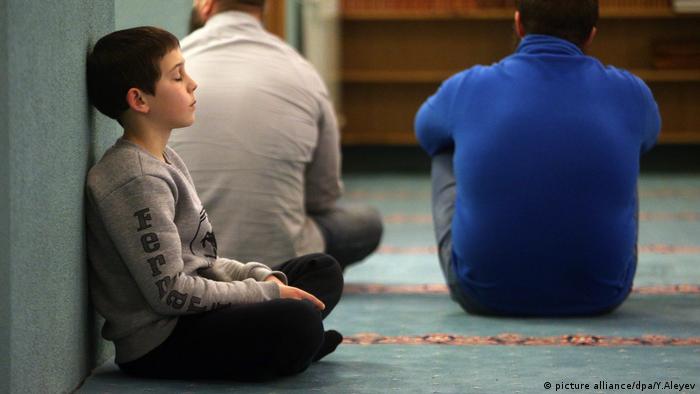 When Anzhela Yausheva was growing up in Kazan, she remembers studying six or seven hours of Tatar language a week. She's not fluent, but the language has a strong cultural significance for her.

"Tatars have a very rich culture, a very rich historical heritage, and they want to preserve it," Yausheva says. "I think that studying the language is very important, especially at schools."

So last weekend when she was home visiting her parents in the capital of Russia's Republic of Tatarstan, Yausheva decided to participate in a mass dictation of Tatar literature. The event was organized to promote the study of the language now considered to be under threat in Russia.

"It was just for fun. This event was something I'd never heard about. I thought, "What an amazing initiative" and wanted to support it. I really enjoyed it," she says.

Around a hundred people took part in the mass dictation. Works of Tatar language literature by Soviet-era writer Ayaz Gilyazov were read out to several small groups, who then endeavored to write down his words as they went along. 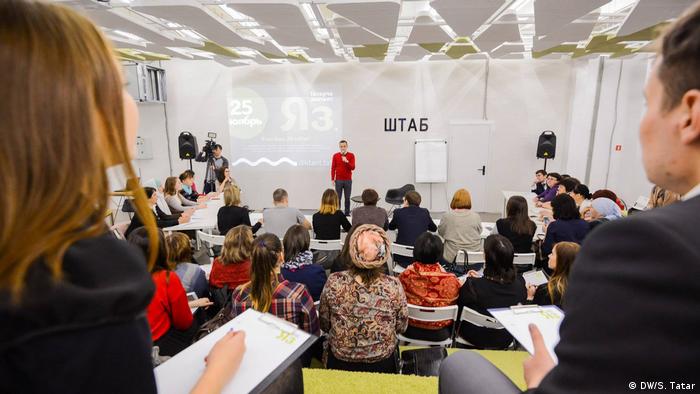 For the past 25 years, schoolchildren in the republic of Tatarstan have studied eight compulsory hours of Tatar a week.

That will no longer be the case. Although Russian and Tatar have equal status as official languages of Tatarstan, the region's prosecutor general, Ildus Nafikov, announced on Wednesday that mandatory Tatar classes would be scrapped. The language will now be studied on a voluntary basis for up to two hours a week and only with written approval from parents.

Activists held a small protest in Kazan in early November, aiming to prevent the move. After it became clear they had been unsuccessful, another demonstration was planned for Sunday, but it was blocked by local authorities.

On Monday, it was announced that Tatarstan's education minister had been dismissed over the controversy, which began with a comment by President Vladimir Putin on a July visit to the republic of Mari El.'

"Forcing a person to learn a language that is not their native one is just as unacceptable as reducing the level and time of teaching Russian," the president said at a meeting of the Council on Interethnic Relations in Yoshkar-Ola, the capital of Mari El. 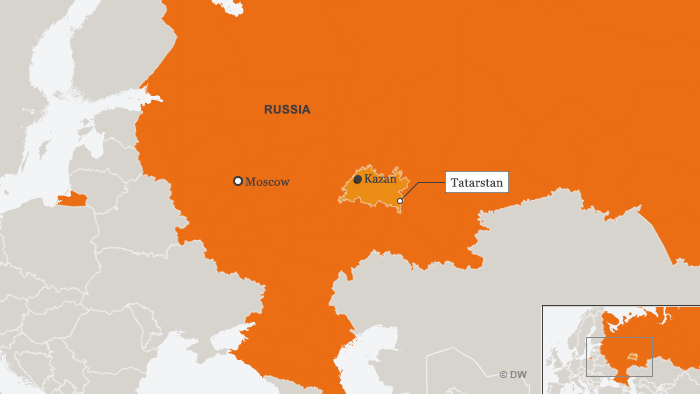 His words were a response to growing objections by ethnically Russian parents living in Russia's so-called "ethnic republics." Some were becoming increasingly opposed to their children having to learn Tatar at school despite not coming from Tatar families. One mother even sought damages in court for what she called "enormous material harm" to her son, although the lawsuit was rejected.

Read more: Kazakhstan to change from Cyrillic to Latin alphabet

In August, President Putin ordered Russia's prosecutor general to investigate whether students in the republics were being forced to study local languages to the detriment of Russian language tuition. The prosecutor's office says it carried out an audit of all 1,412 educational institutions in Tatarstan and found widespread violations. 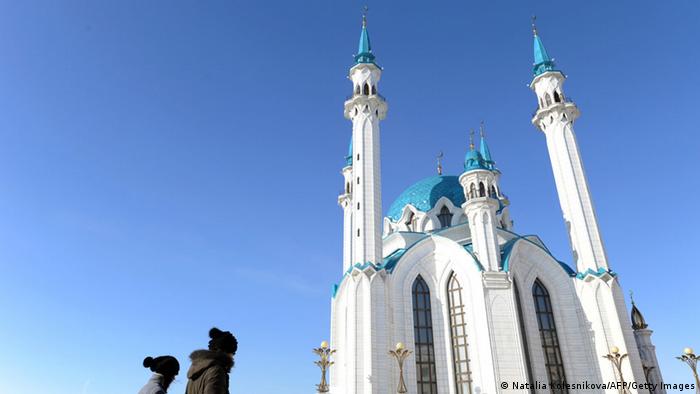 Kazan's Kul Sharif Mosque is a symbol of Tatarstan's diversity

"This is the strongest blow to Tatarstan and the Tatar people, for democracy and the principles of legality," says Ruslan Aisin, a prominent Tatar activist who has campaigned for the language to become an official one country-wide. Over 5.5 million Tatars live in Russia, according to the 2002 census.

"Tatars are disappointed, if not more — offended." He says the equal status of Russian and Tatar in the republic has been, until now, "a pledge of interethnic unity and mutual respect," adding that language "is the basis for good-neighborly and tolerant relations between Tatars and Russians."

A 'bomb' in the heart of Russia

Tatar is one of the most widely-spoken minority languages in Russia, but it's not the only one facing restrictions. Tatarstan's neighboring republic Bashkortostan has seen sporadic protests in recent months in support of the study of Bashkir. A scaling-back of the language in schools was imposed on the republic in September. Residents of the republics of Mari El and Chuvashia have also been campaigning to protect their ethnic languages.

The trend has sparked warnings that minority rights could be under threat after the collapse of Russia's federalist system, under which the republics, at least nominally, had some level of autonomy.

Read more: Activists or Kremlin agents - who protects Russian-speakers in the Baltics?

Tatarstan has, until recently, enjoyed the most self-determination among the regions of Russia. After the federal government rejected the result of the region's 1992 independence referendum (which passed by nearly 62 percent), a power-sharing agreement was signed. It expired this summer and has yet to be renewed. 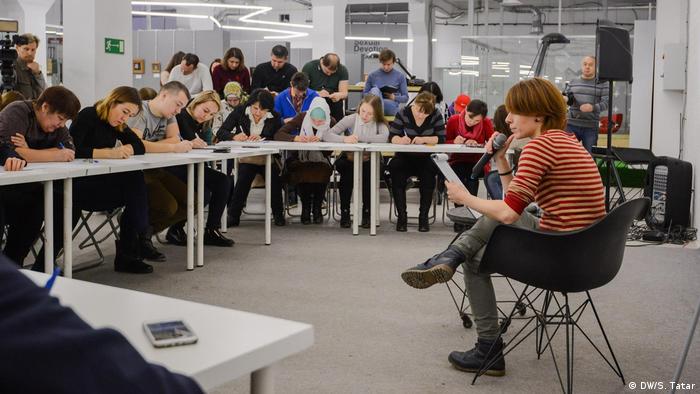 In September, some 60 Tatar intellectuals wrote an open letter to Putin, urging him not to "prioritize" Russian over Tatar. They said the move "is nothing but a thoughtlessly, recklessly laid "bomb" in the very heart of Russia."

Yausheva says there's more to the language crackdown than Putin bowing to pressure from parents. She says he's trying "to build [an] identity in Russian society, especially in the centenary of the revolution, while we're trying to come to terms with our past. For him and the establishment it's very important to preserve core values in Russian society as they see it. One of them is the Russian language."

But Yausheva is confident that the language of her people is not at risk.

"Tatar language and Tatar culture are so rich, so deeply incorporated into Tatarstan. Obviously [these developments] are alarming, but there are always ways in this globalized world. There will be initiatives that emerge from society itself, like this dictation."