′Living atop a powder keg′: Crimea′s Tatars fear Russia | Europe| News and current affairs from around the continent | DW | 10.09.2016

Crimea's Tatars must protect themselves now that Russia has annexed the peninsula. Many have personally paid a steep price for opposing Moscow's aggression, Juri Rescheto discovered while visiting the region. 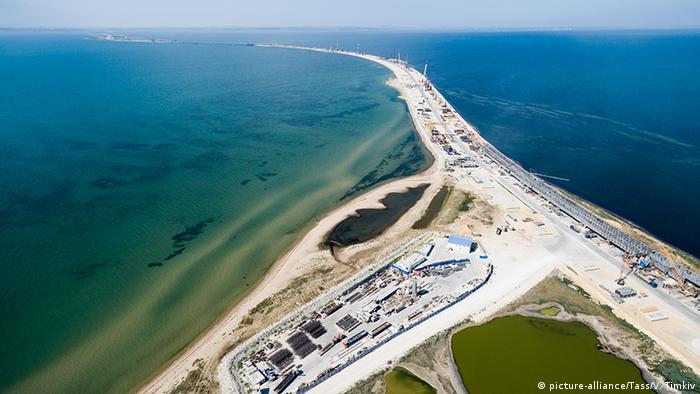 The air is stale, but we're not allowed to open a window. Nothing of our conversation can slip out. We've spent a half hour in a car somewhere on the outskirts of Bakhchysarai. It's just past midnight, and the man I'm with is speaking softly. He is skeptical at first, but he slowly opens up, and I notice just how much he has to say. He's hoping that I can help in some way, because he has lost faith in justice.

His suffering is that of a father. His son disappeared without a trace in May and efforts to track him down have so far failed. Possible evidence - video surveillance or a witness - has yet to surface. 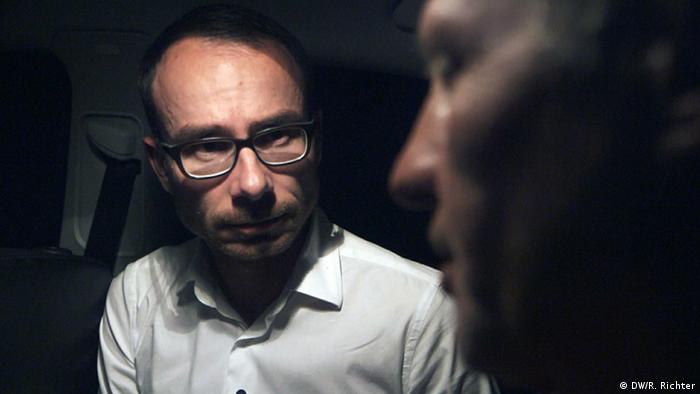 Mustafa, whose named has been changed for his protection, is a member of the World Congress of Crimean Tatars. That could have been reason enough for his abduction. His home in Bakhchysarai was easy enough to find, though it was difficult to contact his family. His parents live in constant fear, like many of Crimea's Tatars. Russia's annexation of the Ukrainian peninsula two years ago has "brought anarchy," the father says. "Pure despotism. You can never be sure what will happen to you in the next half hour."

Sergei Aksyonov, Crimea's prime minister, seemed well-prepared for the journalist's question about Mustafa's fate. "The law enforcement agencies of the Crimean Republic are doing everything possible to resolve this case as soon as possible."

It is the same answer that Mustafa's father has been hearing for weeks.

The Crimean Tatar representative body, the Mejlis, was labeled an "extremist organization" by Russia and banned in April for its anti-annexation stance. Authorities feared its ability to mount protests and have since viewed the entire Tatar population with suspicion. 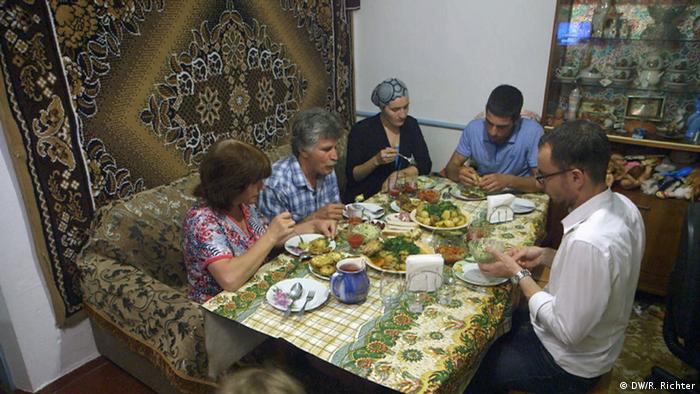 Many ethnic minorities in Crimea farm their own food

The Osmanov family has three children: two girls and one boy. "I'm not afraid for myself, but for my children," says Aivas, the father. "We are living atop a powder keg. Our entire people are under pressure. Every morning I expect the police to come to interrogate me and search the house."

Aivas is the chairperson of the local Mejlis body. His colleague, chairperson at the regional level, has been jailed for two years. Another activist isn't allowed to leave the country. Another is being investigated.

The Mejlis is well-aware of Mustafa's case, but neither Osmanov nor anyone from the region can do anything about it. The Osmanov family has lived in Crimea for 30 years, returning like many Tatars in the 1990s after Stalin's deportations in 1944. Most were sent by cattle car to Central Asia in a brutal and secretive operation. Today, many subsist off the land. Despite the warmth Tatars show guests - the table we sat around was buckling under an expansive evening meal - the conversation was deadly serious. Crimea's Tatar population is concerned about the future of its children

Osmanov tells the story of Ilmi Umerov, another Mejlis activist. He was institutionalized at a clinic in Simferopol. The longtime administrative head of the Bakhchysarai region was detained on August 18 for publicly criticizing the annexation. His call for returning Crimea to Ukraine led to a charge of separatism, illegal under Russian federal law. Umerov, who suffers from diabetes, heart problems and Parkinson's Disease, declined in health following three days in the clinic. The situation was "outrageous," his lawyer told DW. Russian secret services wanted to send a clear signal to "all of Crimea's Tatars who don't agree with Russia's policies."

Mustafa's whereabouts, meanwhile, remain unclear. "I have just one wish," his father says during the nighttime talk in the car. "I want my son back. Alive and well."

Two years after annexing Crimea, Russia is setting its sights on the Tatars that live there. Their representative body, the Mejlis, has now been outlawed. Protests from Ukraine and Strasbourg are being ignored. (21.04.2016)