An indigenous rights group that advocates for the 270,000 indigenous peoples in the Russian Federation was banned this week. The group has hit back against the Russian government. 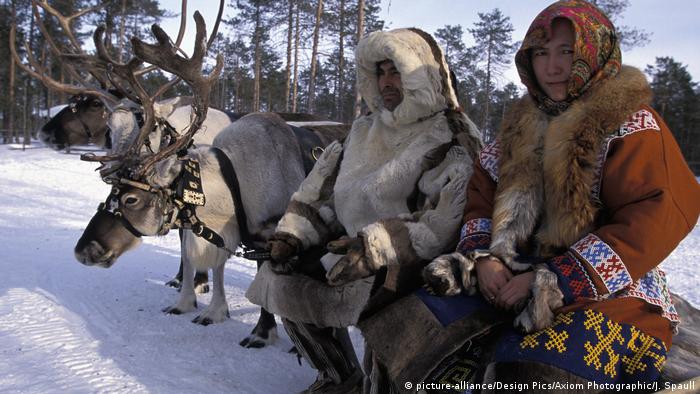 CSIPN added that the Russian government had "thrown far back the faith of the indigenous peoples of the North in access to fair justice."

Russian courts dissolved the group, claiming it had broken laws on non-governmental organizations (NGO) operating in the country.

The closure came after Russia shut down another NGO, For Human Rights, earlier in the week.

Maja Kocijancic, a spokeswoman for the EU on foreign affairs, on Thursday called the decisions "worrying."

The Russian Justice Ministry did not immediately reply to a request for comment, according to Reuters news agency.

Laws governing NGOs, classified as "foreign agents" in Russia are strict and the government can shut down any group that does not comply with them.

The indigenous rights group was designated as a foreign agent in 2015, but the label was removed after it stopped taking money from abroad.

Who are Russia's indigenous peoples?

According to the Russian Association of Indigenous Peoples of the North (RAIPON), there are 41 recognized indigenous groups living in the sprawling federation.

These amount to 270,000 people living in 60% of the whole territory of the Russian Federation from Murmansk, near Finland, to Kamchatka.

These include the reindeer-herding Izvatas and Khanty, who live on Russia's tundra, and the Kumandins who live in the Altai region of Russia.

Settlements where Russian indigenous people live often experience high unemployment and other social problems such as alcoholism, according to the International Work Group for Indigenous Affairs.