Russian activists: 'There are a lot of laws aimed at the restriction of human rights' 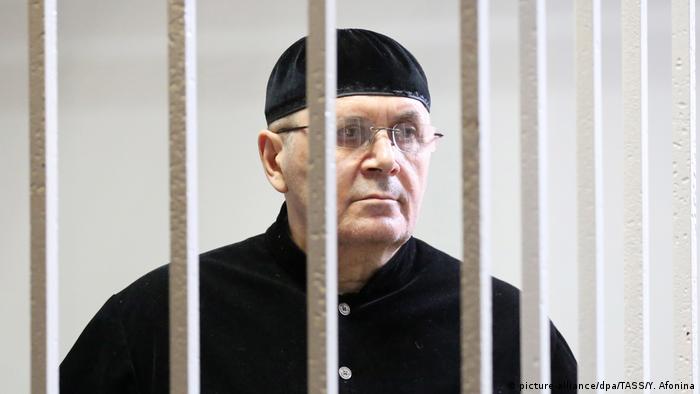 Oyub Titiev, head of Memorial's now-closed Grozny office, during his trial in 2018.

The organization Memorial, established in 1987, monitors and pushes the implementation of judgements, compiles and maintains lists of political prisoners and provides them with legal help. Memorial's Tatiana Glushkova and Sergei Davidis spoke with Amy Au from the Right Livelihood Foundation during the UN Human Rights Council in Geneva in July 2019 about how their work has changed over the years.

Sergei Davidis: Russia has become a much less democratic country since we started out. Civil rights and freedoms have been restricted considerably. We've had a huge increase in total number of political prisoners. In 2011, we had about 50 political prisoners in Russia. Now we have nearly 300. And there are a lot of cases where information is not available to us at the moment. There are a lot of new laws especially aimed at the restriction of human rights. There are many new articles of criminal court imposing punishment for just exercising rights and freedoms of association, of expression, of assembly, of belief.

Tatiana Glushkova: If you wanted to protest in the street in 2004, you would get a fine of 25 euros. If you came to protest in the street in 2019, you may end up in prison for up to five years. Doing our work as human rights defenders, human rights lawyers, has become more difficult. We have to spend our time and efforts defending ourselves and not the victims of human rights violations, so we also became victims of human rights violations. The law also made getting funding more difficult. Any contact with a foreign organization declared undesirable is criminalized. 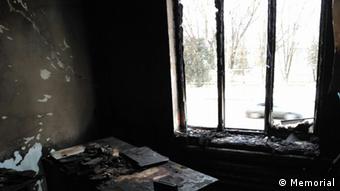 “Judges all across Russia are becoming more and more dependent”

Last month, Oyub Titiev, head of Memorial’s now-closed Grozny office, was released from prison after almost one and a half years. Why is the situation in Chechnya so delicate?

TG: His release was made possible due to the enormous international pressure and international attention to his case. I visited his hearings many times and I saw how the judge reacted to the presence of international observers, diplomats from European countries or foreign journalists. The court found him guilty meaning that he was now released on parole. So he's not completely free. The main consequence of his prosecution is that we had to close our office in Grozny which was the last office of a human rights organization in the Chechen Republic. That means that our access to information on what's happening in Chechnya has again been limited.

How is the situation in Chechnya affecting other parts of Russia?

TG: The fabrication of crimes by the police is becoming more and more obvious. When they fabricate a crime, they do not even put any effort in making it look somehow real or reliable. The judges all across Russia are becoming more and more dependent. They watch the tendencies and try to guess what judgment they should deliver, they are trying to respond to the current situation and to do what they have to do in their opinion.

So there’s a problem with self-censorship?

TG: Yes. Also, police violence towards people who are investigating crimes is a very common thing. It is absolutely common in Chechnya but it's becoming more and more common in the rest of Russia and it is putting pressure on the relatives of the person who is being prosecuted. 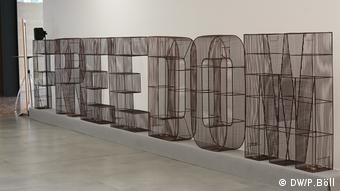 “Delicate situation of freedom of speech in Russia”

According to Reporters Without Borders, more journalists are imprisoned now compared to any time since the collapse of the Soviet Union. How would you assess the current situation of freedom of speech and freedom of expression in Russia?

SD: The state has monopolized all the federal channels. The state limits possibilities for journalists to influence society and suppresses every possibility of expression and opinion.

TG: We do have independent media. Usually, these are very small media and they publish only on the Internet. Very few of the printed media can be called free media and I don't think we have any federal TV channel or any federal radio station that is not controlled by the government.

What are the main challenges ahead of activists?

TG: Of course, there are people who want to fight for their rights in Russia. The main reason for them to participate in demonstrations is that it's not only about human rights. Many young people have ambitions, they wish to do something but they have no opportunities in the current situation. That makes them either join activist communities or leave Russia.

SD: It's especially pleasant to see that it is mainly young people demonstrating for freedom, for human rights, for democracy.

What is the most important project that you're currently working on?

TG: One of the most important things we're doing is the North Caucasus issue and especially the situation in Chechnya. Even if we're not able to bring the perpetrators to justice, in any case we're able to document the case and to make it public to the international community. It is one of the most important parts of the work we do: revealing human rights violations in very closed regions. We understand that without our help, the situation there will never be brought to the light.