Slovenia's agreement to sign on to the South Stream pipeline project has dashed hopes by the European Union to reduce dependency on Russian gas. 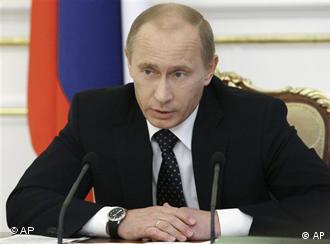 Vladimir Putin has made energy politics a top priority

The approval of Slovenia, the fifth country to do so, brings Russia closer to locking its control over the European gas supply.

South Stream, which is estimated will cost 20 billion euros ($30 billion) to build and is expected to be completed by 2015, would run under the Black Sea to carry natural gas to western Europe.

The European Union has supported the construction of an alternative pipeline, known as Nabucco, in an effort to counter Russian monopolistic influence by importing gas from Caspian Sea nations like Azerbijan and Turkmenistan. That project has been stalled, however, by a lack of supply agreements.

The politics of gas 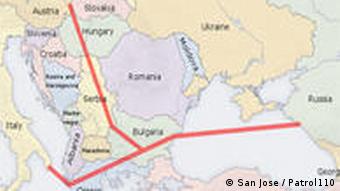 EU leaders have been pushing for more independence from Russian natural gas since a dispute between Moscow and Kiev last January left many European homes without heat in the dead of winter.

About 80 percent of Russian gas currently passes through Ukraine, and Russia has claimed the South Stream line, which bypasses Ukraine, would ensure a smoother supply.

Another Russian project, Nord Stream, would also bypass Ukraine by piping gas to Germany beneath the Baltic Sea. Denmark, Sweden and Finland have all given their approval to the project, meaning construction could start as soon as next year.

Russia and Turkey have agreed on the construction of a gas pipeline under the Black Sea soon after the EU signed a deal with Ankara on the Nabucco pipeline. The Russian project is ahead at the moment. (09.08.2009)

Perhaps it is no coincidence that the memories of last winter's gas shortage in the European Union, have prompted competing gas pipelines to the EU to hire two former German politicians to smooth the way. (07.07.2009)