Russian-Belarusian maneuvers: Concern and mistrust near the Ukrainian border | Europe | News and current affairs from around the continent | DW | 15.02.2022

Russian-Belarusian maneuvers: Concern and mistrust near the Ukrainian border

It's unclear how many Russian soldiers are currently taking part in maneuvers on the Ukrainian border – but they are making their presence felt in many Belarusian towns. Ales Petrovich went to find out more. 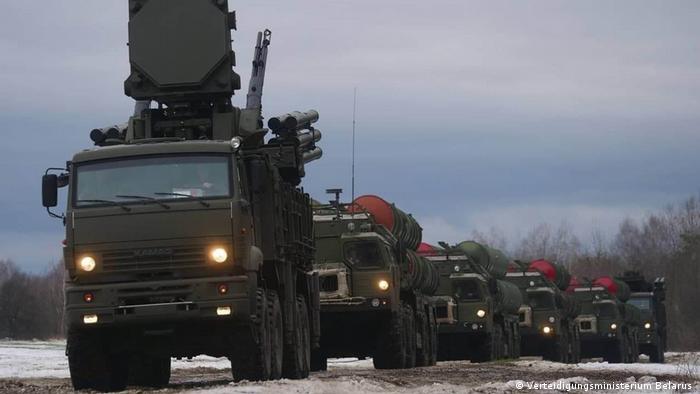 The West fears the maneuvers are a prelude to invading Ukraine

Trains carrying military equipment from Russia started arriving in Belarus long before the maneuvers began. Observers are now doubtful that all this equipment will be withdrawn once the exercises finish. In the West, there are fears that the maneuvers could be a cover for an imminent invasion of neighboring Ukraine. Both Moscow and Minsk, however, deny this.

What are the soldiers training for?

The official line is that the Belarusian ruler Alexander Lukashenko and Russian leader Vladimir Putin agreed in the fall of 2021 to hold unscheduled exercises. These were first announced by Minsk at the end of November. 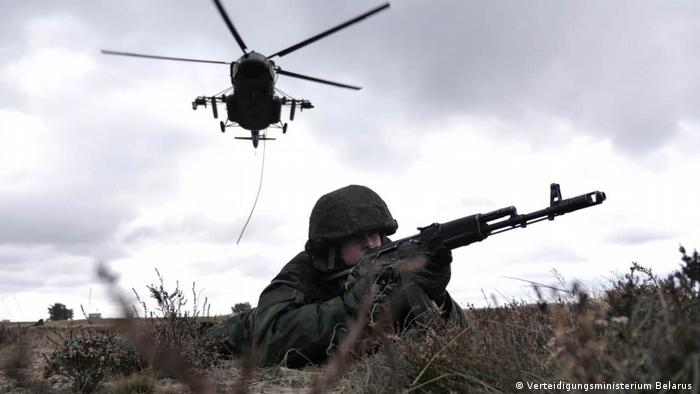 The Belarusian defense ministry has issued official photos of the maneuvers

Later, the Russian and Belarusian defense ministries said the maneuvers were intended to, among other things, strengthen the Belarusian border in sections where the "infiltration of rebel groups with weapons and equipment" could not be ruled out. Furthermore, the military units involved were to practice "search and elimination of saboteurs and illegal armed groups." As for where the maneuvers would take place, the locations originally named were mostly military training grounds and airfields in western Belarus.

No more walks in the forest

One of these sites is the Brestskiy military training area, which is normally used by the local airborne brigade. Last week, according to the military's exercise scenario, the paratroopers discovered and destroyed an "illegal armed group" here using mortars, grenade launchers, and armored personnel carriers.

Yevgeniy, who lives in the nearby city of Brest, has a dacha very close to the military training area. Until a few years ago, he says, the residents of the weekend houses and surrounding villages weren't at all bothered by the presence of the military. "There's a large wooded area near the training ground where there were always a lot of mushrooms, and that attracted a lot of people," Yevgeniy comments. In recent years, though, he says that the military training area has been significantly extended. Maneuvers are more and more frequent, and people are effectively forbidden from going for walks in the forest. 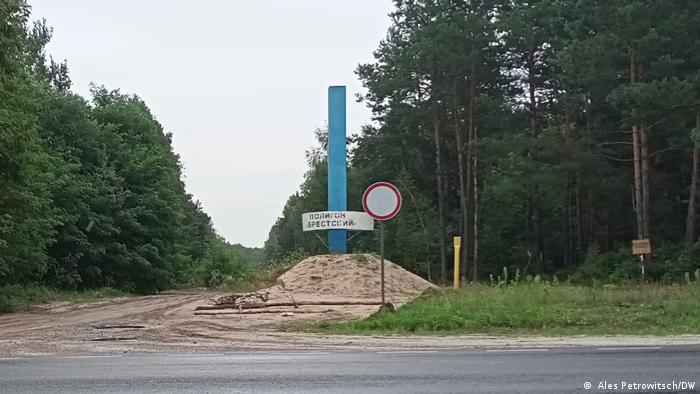 Yevgeniy says the locals are annoyed about this. They have repeatedly appealed to the authorities and asked to be permitted to go for walks in the forest again, but in vain. In addition, he says, checks are often carried out on civilian vehicles on roads near the military training area. "The military itself stops the cars, and justifies this by saying that it must ensure security, because of the current situation," Yevgeniy says.

Dangers near the Ukrainian border

Particularly strict measures are being enforced because of the maneuvers in the Belarusian regions bordering Ukraine. The authorities in the district of Stolin in the Brest region, for example, warned the residents of a couple of dozen villages that the former airfield nearby was to be a restricted area from February 14 to 16, and that there would be a danger to life to any uninvolved parties found in its vicinity. This training area was used in the Soviet era, but after Belarus gained independence in 1991 it was closed and partially annexed to the Olmansky Marshes nature reserve.

"Now police officers are going door-to-door, warning people that under no circumstances should they go out collecting firewood, or pick up any scrap metal, because it could be unexploded ordnance," says a resident of the village of Chotomel.

In fact, the former training area in the district of Stolin is not even on the official list of sites where "Union Resolve 2022" maneuvers are taking place. And there are many such places in Belarus right now. For example, soldiers of the Russian army, along with military equipment, were staying near the town of Rechytsa in the Gomel region, around 50 kilometers from the border with Ukraine. Local residents say the Russian military has been unloading weapons on train platforms there and has commandeered at least two abandoned factories.

No attempt was made to hide the fact that there were Russian troops in the vicinity of Rechytsa shortly before the maneuvers began. Local authorities even organized a "patriotic event" entitled "Two States – One People and One History." School children were brought along, local residents invited.

Will the Russian troops stay? 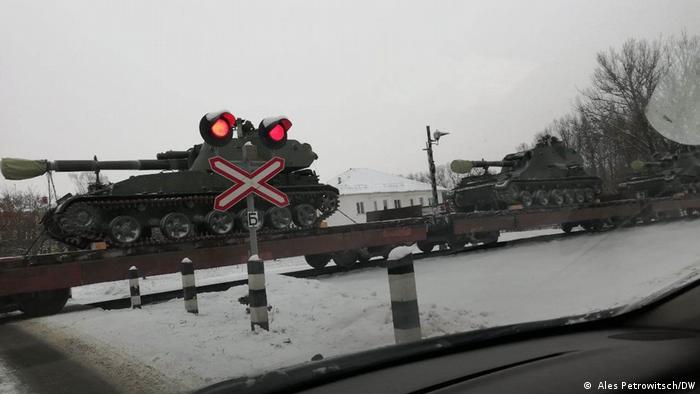 The presence of the Russian military is being felt in many Belarusian cities, but it is not known exactly how many Russian soldiers are currently in the country. NATO Secretary General Jens Stoltenberg estimated that there were around 30,000, while the Estonian secret service put their number at 20,000. Meanwhile, a statement from the Russian Defense Ministry declared that "the number of participants in the maneuvers, as well as the amount of major weapon systems covered by the Vienna Document 2011, do not exceed the notifiable parameters set out therein." This would mean less than 9,000 troops.

Many Belarusian citizens are doubtful as to whether the entire Russian military contingent will be withdrawn from their country once the exercises are over. Given the ongoing situation with Ukraine, this could become another factor contributing to tension in the region.

A major with a Belarusian military unit involved in some of the maneuvers to date told DW that at present he sees no reason why the Russian soldiers would remain in Belarus. "They will probably need more time to return to their bases. Some units from Russia will probably be in our country until the end of February, but it's unlikely that they will remain in Belarus permanently," said the major, who asked not to be named.

Earlier, it was reported that troops from Russia's Eastern Military District had been transferred to Belarus to take part in the exercises. Russian S-400 long-range surface-to-air missile systems, have also appeared at the Brestskiy training range for the first time, brought there from the far east of the Russian Federation.

This article has been translated from Russian. The author is identified under a pseudonym due to safety concerns.