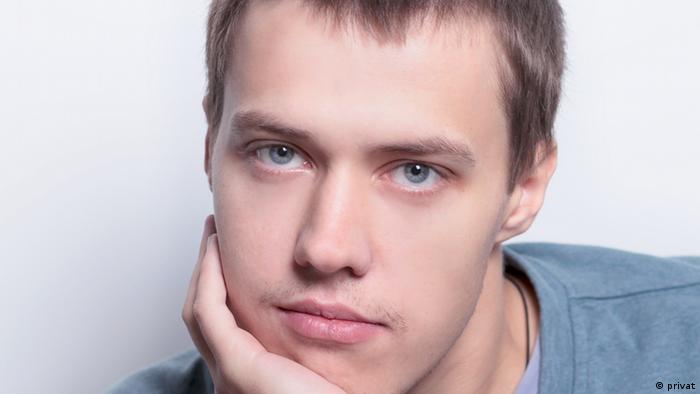 Roman Anin is known for his reporting on corruption among Russia's Putin-friendly elite.

Members of Russia's Federal Security Service (FSB) on Friday conducted a raid of a Moscow apartment belonging to Roman Anin, a prominent journalist who serves as the editor-in-chief of the investigative media outlet Istories. His editorial colleagues have been unable to reach Anin since the raid.

"A few minutes ago, we learned that FSB officers came to the Istories editor-in-chief, Roman Anin… Roman is unreachable," Istories announced in a post on its Telegram account. Anin's lawyer, Anna Stavitskaya, said the journalist had been taken to Russia's Investigative Committee as part of an inquiry into "violation of privacy by abusing his professional functions."

Could Anin's arrest be tied to his investigative reporting?

The 34-year-old journalist previously worked for the Moscow-based Novaya Gazeta newspaper, a prominent opposition outlet. His arrest is likely tied to a 2016 article he wrote in the newspaper, where he alleged Russian oligarch Igor Sechin's wife owned a yacht worth $100 million (€84 million).

Sechin, the CEO of the state-owned Rosneft energy firm and a close ally of Russian President Vladimir Putin, filed a legal complaint about the report, with Novaya Gazeta later found guilty of defamation. The newspaper's editorial board now claims the authorities are targeting Anin for revenge after the case was reopened in March.

"Everything that is happening now with Roman Anin is revenge," the newspaper said in a statement. "We will by all legal means and publicly protect our friend and colleague."

Istories, which stands for "Important Stories," has published multiple reports on corruption and the FSB. The outlet has reported on the FSB's treatment of Kremlin critic Alexei Navalny and the wealth of Kirill Shamalov, a Russian businessman and ex-son-in-law of Putin.

Russian journalists face immense danger for investigative reporting on the Kremlin's activities. Six Novaya Gazeta reporters have been killed since 2001, with the most famous case being the unsolved 2006 murder of Anna Politkovskaya, who was critical of Russia's military during the Second Chechen War.

Russia is ranked 149 out of 179 countries in terms of press freedom, according to Paris-based media advocacy group Reporters without Borders. Washington, D.C.-based watchdog Freedom House characterizes Putin's Russia as "not free," claiming the Kremlin has broad authority to crack down on dissenting media and speech due to vague extremism laws.