Opinion: Russia still lives in the shadow of the Chechen war

The second war in Chechnya that started 20 years ago was supposed to be brief and victorious. Instead, its legacy continues to haunt Russia and Vladimir Putin, writes Konstantin Eggert. 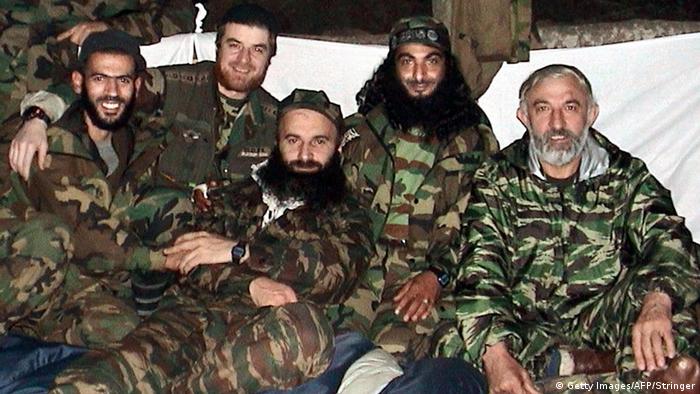 On September 30, 1999, Russian tanks rolled into Chechnya — for the second time in five years. This was the beginning of what is now called the Second Chechen War. The first one lasted from 1994 until 1996 and ended with a peace treaty signed by then-President Boris Yeltsin and the Chechen leader, former Soviet colonel Aslan Maskhadov.

The former Soviet autonomous republic became a de facto semi-independent entity, run by a bunch of quarreling warlords. Nominally the region remained under Russian sovereignty, but in reality it was left to its own devices. Most Russians saw this as their state's abject defeat — which it was.

Read more: Chechnya and Russia: A History of Conflict

Come August 1999, enter Vladimir Putin, Russia's newly minted prime minister and Yeltsin's chosen successor. Young and energetic, he immediately started talking tough on Chechnya, especially after a series of mysterious apartment block explosions hit Moscow and the towns of Volgodonsk and Buynaksk in September. Security at any cost and "eradicating terrorism" became top priorities for the Russians. When Russian armor started moving on the Chechen capital Grozny, people knew it was not so much the ailing Yeltsin who was behind this offensive but Putin. A year later he became president.

Officially the war was called a "counter-terrorist operation." It was supposed to be brief and victorious, not least because the main leader of the Chechen forces and the republic's grand mufti, Akhmat Kadyrov, changed sides and agreed on a deal with the Kremlin.

Akhmat Kadyrov died in a bomb blast in 2004. His son Ramzan — Russia's most powerful Muslim leader — has been running the former rebel territory as a personal fiefdom ever since.

In those tumultuous times 20 years ago, Russians swapped their newly gained freedoms for the apparent certainties offered by Putin's authoritarianism. And who could blame them? In the wake of the Soviet Union's collapse, the economy tanked and social safety nets became increasingly porous. When Putin promised in 1999 to "follow terrorists everywhere ... corner the bandits in the toilet and wipe them out," it immediately endeared him to tens of millions of people who craved a strong leader to restore their and their country's "self-respect." But now they must live with the consequences.

The city of Grozny is unrecognizable from the wasteland it was 20 years ago, with steel and glass skyscrapers and shiny cars everywhere. However more than 80% of Chechnya's coffers consists of direct subsidies from the federal budget.

For many this is the price Moscow has had to pay for its "peace bargain" with Kadyrov. There are persistent rumors of corruption in the republic. But there is nowhere to debate this in the open. Putin's security state borne out of the war 20 years ago controls elections at all levels. There are no independent MPs to launch inquiries into human rights abuses in Chechnya and its opaque budget. There are no independent regional leaders to demand from the Kremlin why their taxes are spent elsewhere — the governors of Russia's 80 regions are in fact Putin appointees as a result of security laws passed in 2004, during the war.

Courts are also under the regime's thumb — and, in any case, there would be few takers among prosecutors and judges to go after Kadyrov: Those he considers enemies tend to disappear or die in strange circumstances, like investigative journalist Anna Politkovskaya, shot in 2006, or human rights campaigner Natalia Estemirova, murdered in 2009. Allegations of Sharia law being unofficially practiced in Chechnya are abundant, but who would look into this?

There are still some brave investigative media, like the Novaya Gazeta newspaper. In 2017, it revealed details of abuse and torture of gays under Kadyrov's rule. However, what's the use of these investigations if there is no one in authority to take them further?

Chechnya remains in many ways a place apart from the rest of Russia, a subject which neither the Kremlin, nor Russia's disparate and weak opposition want to broach. When — or indeed, if — democracy returns to the country one day, it will be one of the most difficult, even painful legacies that Putin's successors will have to deal with — not least to avoid another war.

In the meantime, Russia and Putin himself are destined to live in the shadow of the war that so many thought would solve the "Chechen problem."

Oyub Titiyev, who had exposed abuses by security forces in Chechnya, will spend four years in a penal colony. His family said the ruling was an effort by authorities 'to silence and disgrace him.' (19.03.2019)

Airbnb cuts all listings in China amid fierce competition 24m ago