The law can apply to anyone who distributes content that is produced by media outlets registered as foreign agents. The move has been criticized as a further restriction on freedom of expression in the country. 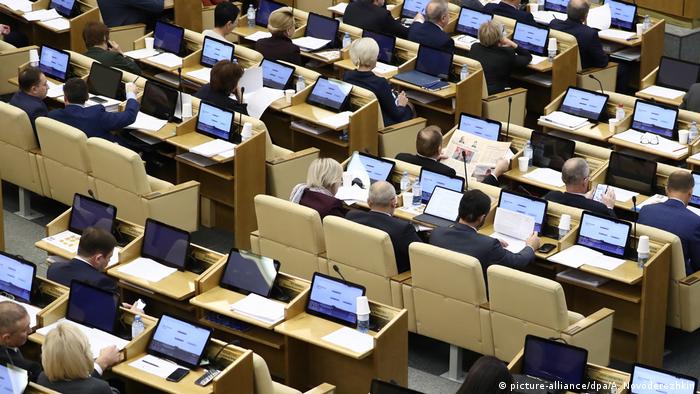 Russian President Vladimir Putin signed a controversial law on Monday that gives the government the right to register independent journalists, bloggers and social media users as "foreign agents," a term that has Soviet-era overtones.

The legislation is an expansion of a law adopted by Russia in 2012 that gave authorities the power to brand NGOs as foreign agents.

That law was amended in 2017 to label internationally funded media outlets as "foreign agents" as well, in retaliation for a similar move made by the United States targeting Russia's foreign broadcaster RT and the Sputnik news agency.

The new law can apply to anyone who distributes content that is produced by media outlets registered as foreign agents and receives payments from abroad.

Individuals will be subject to additional government scrutiny.

The move has been criticized as a further restriction on freedom of expression and allowing authorities to crack down on dissent.

Nine human rights groups, including Human Rights Watch and Amnesty International, had called for the legislation to be dropped as it was being approved by lawmakers.

The bill's authors said it's meant to "perfect" existing legislation on foreign agents that covers NGOs and media organizations.

Russian opposition politician Alexei Navalny's organization has been labeled a foreign agent, as has the US-funded Radio Liberty/Radio Free Europe and Voice of America.

The law will come into effect immediately.

As Russian attacks on Ukraine continue, Russians opposing the war look on in shock. Those who couldn't take it anymore have fled the country – either, because they feared for their own safety since they've openly criticized the Putin regime or because they simply couldn't bear being in the country anymore.