Even though Russia isn't a member of the US-led coalition against the "Islamic State," Moscow and Washington have become de facto allies. Meanwhile, the Kremlin has accused Washington of double standards in Syria. 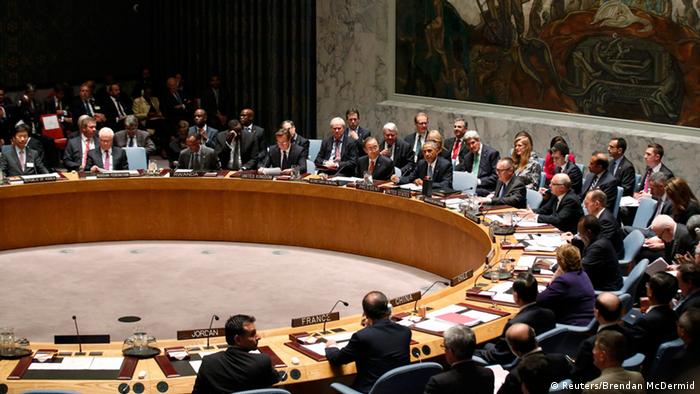 At first glance, everything is as it was before. Russian state TV never misses an opportunity to denounce the West. On Thursday evening, a news anchor gleefully quoted Iranian President Hassan Rouhani's speech at the United Nations General Assembly in New York: The growing strength of the "Islamic State" ("IS") is the result of the West's "strategic blunders."

Though that wasn't the only verbal taunt. "It seemed strange to me that the US president said several times that the world has become freer and more secure," Russian Foreign Minister Sergei Lavrov scoffed a day earlier, commenting on Barack Obama's appearance at the UN General Assembly. The Russian diplomat said he couldn't even understand whether that was a serious statement.

Lavrov was indignant that Obama had listed Russia, directly behind Ebola and before Islamist terrorism, as the number two threat to world peace on account of its actions in Ukraine in violation of international law. 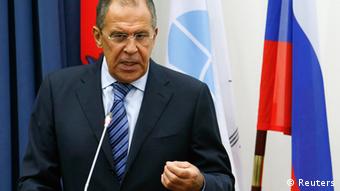 The situation in Ukraine continues to strain relations between Russia and the West. But the fight against the "Islamic State" in the Middle East has brought Moscow and the West as close together as they have been for months. Russia voted together with other members of the UN Security Council for the US-introduced resolution against Islamist terror militias. All nations will be required to stop all aid to extremists.

Moscow has also expressed itself as being neutral to the US-led coalition against the "IS"; the Kremlin doesn't wish to belong. "The anti-'IS' coalition is not a party, we do not expect any invitations and we are not going to buy entry tickets," a representative of Russia's Foreign Ministry told the news agency Interfax. He emphasized, however, that Russia is already supporting the countries fighting against "IS."

That support is primarily taking the form of military aid for Iraq. According to media reports, Russia has delivered a dozen Sukhoi Su-25 fighter jets and an undisclosed number of Mi-28 military helicopters to the government in Baghdad. In July, Moscow and Baghdad signed another billion-dollar contract to deliver numerous Grad rocket launchers, Howitzers and other weapons.

"Without any coalition help we have long supported Iraq, Syria and other countries in the region in the fight against this evil," said Lavrov, referring to the "IS." 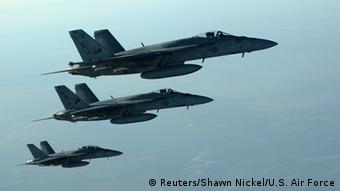 The US-led coalition has initiated airstrikes in Syria and Iraq

While Russia and the West are, in a sense, coordinating, Syria remains a source of tension. Moscow recently criticized the recent US and coalition airstrikes against "IS" positions in Syria, insisting that these can only be carried out with the consent of the government in Damascus. The US has rejected these claims, with Washington denying the legitimacy of President Bashar al-Assad's regime on account of its actions against the Syrian opposition.

Syria has been a close Russian ally since the Soviet years. Since the outbreak of the civil war in 2011, Russia has held a protective hand over Assad's regime and has often prevented sharp resolutions in the UN Security Council.

About a year ago, Moscow convinced Syria to destroy its chemical weapons. In doing so, Russia prevented US airstrikes against Syrian troops. Now Moscow is worried that the US could bomb not only the "Islamic State," but Assad's regular army as well.

Moscow is accusing Washington of double standards in Syria and believes its policy toward Damascus has been proven correct. "When we called for aid to support the Syrian government in the fight against terrorists, nobody listened to us," said Lavrov. 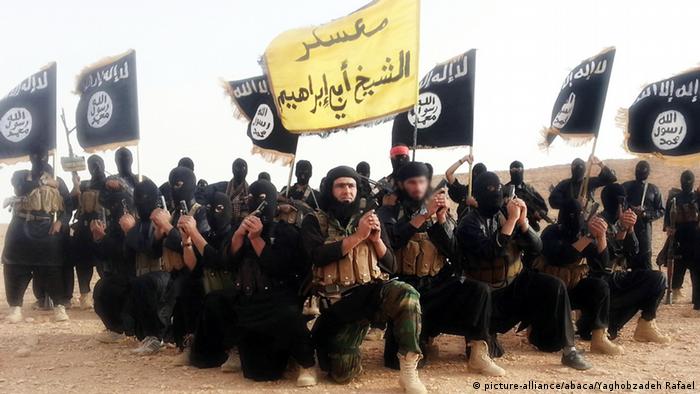 The "Islamic State" recently threatened Russia, calling for the liberation of the Russian-controlled northern Caucasus

Russia's indirect support for the fight against the "IS" is probably to protect itself. A few weeks ago, "IS" militias threatened Russian President Vladimir Putin in an Internet video, saying that the Russian north Caucasus should be "liberated."

"The threats of terror attacks in the Caucasus should be taken seriously," said Mikhail Margelov, head of the foreign affairs committee in the upper house of the Russian parliament.

Security experts estimate that there are Russian fighters in Syria, in addition to "IS" activists at home in Russia; exact figures are hard to come by. At the beginning of September, an alleged "IS" member was arrested in Moscow, and in Russian social networks, websites supporting the "IS" are repeatedly shut down.

German Foreign Minister Frank-Walter Steinmeier has told the General Assembly the UN must not revert to Cold War standoffs. Russian counterpart Sergei Lavrov accused the US of wanting to interfere militarily "anywhere."

Thousands of demonstrators have marched through the Russian capital of Moscow to protest Russia's reported participation in the Ukraine conflict. Fighting in Donetsk has died down following heavy overnight gunfire. (21.09.2014)