Poroshenko moves forward with peace, saying worst is over

The most dangerous time for the conflict in eastern Ukraine appears to be over, according to Ukrainian President Petro Poroshenko. The country, he says, now stands ready to move forward and apply to join the EU. 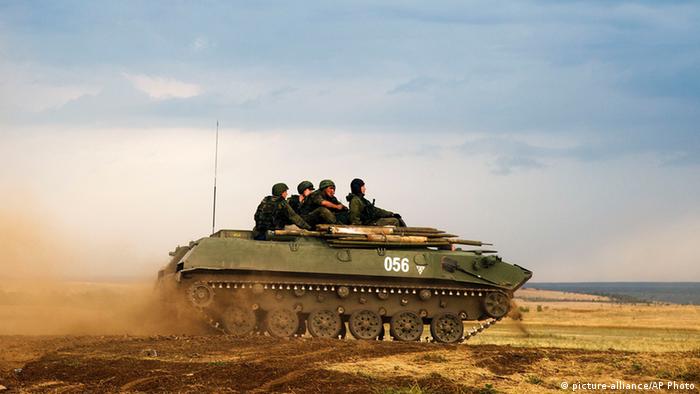 Speaking at a press conference in Kyiv on Thursday, the Ukrainian president outlined his plans for the country's future, emphasizing that the current ceasefire was holding.

The Ukrainian government had signed the agreement with separatists in eastern Ukrainian roughly three weeks ago. However, despite support from Russia for the step toward peace and granting autonomy to the regions of Donetsk and Luhansk last week, sporadic fighting had still persisted.

"I have no doubt whatsoever that my peace plan will work and that the main and most dangerous part of the war is behind,” he added.

Fighting broke out in mid-April, not long after Russia annexed Crimea. At least 3,500 people have died in the clashes in eastern Ukraine since then.

Russian President Vladimir Putin's veiled support of the armed rebels raised concerns in the West, where leaders worried Russia intended to restore land lost after the fall of the Soviet Union. His refusal to halt financial and logistical support to the separatists –which he denied had occurred at all – prompted the EU and the US to impose sanctions.

The Ukrainian leader also announced plans on Thursday that would pave the way for the Eastern European country to apply for EU membership in six years.

"[The strategy] provides for 60 separate reforms and special programs, which will prepare Ukraine for applying for membership in the European Union [by 2020]," he said.

He has dubbed the series of economic and political reforms "Strategy 2020."

The Russian Foreign Ministry later said that the Ukrainian government should resolve the current problems with Moscow before attempting to become an EU member state, according to the Russian news agency Itar-Tass.

Earlier this month, Kyiv and Brussels ratified an Association Agreement, which had been shelved the previous year by ex-President President Viktor Yanukovych. His decision to seek closer ties with Russia over the EU sparked the mass protests that eventually led to the crisis in the country's eastern regions.

Opinion: Poroshenko garners praise, but little else in Washington

The government in Kyiv took a huge risk by turning its back on Moscow. Now it's time for the United States to reward the risk-takers in Ukraine, writes DW's Miodrag Soric. (18.09.2014)