Russia vows to complete Nord Stream 2 despite new US sanctions

The Kremlin said the Nord Stream 2 project would be completed, a day after a pipe-laying vessel on Germany's coast was subjected to sanctions and as one German company has reportedly pulled out of the project. 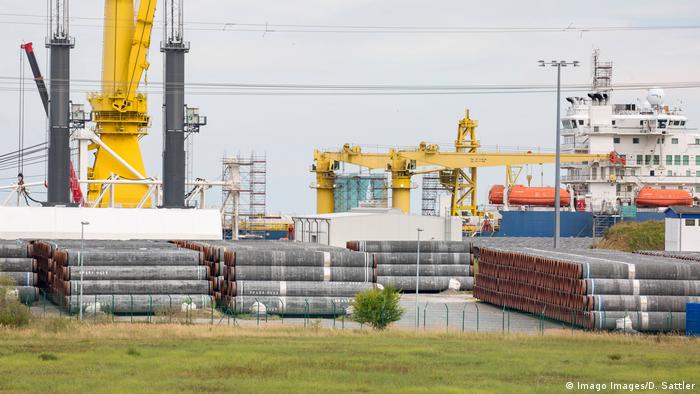 Russia decried the US decision to impose sanctions on the project. "This international project continues to be confronted with brutal, illegal pressure from the US," Peskov said.

But the Kremlin spokesman said Russia was still planning "to continue the works for the completion of this project."

The US government has long opposed the project, arguing that the pipeline will increase Europe's energy dependence on Russia.

In particular, Germany stands to gain from Nord Stream 2, as the nearly complete pipeline is set to double the amount of Russian natural gas carried to Germany via the Baltic Sea, which could provide the country with affordable energy as it seeks to phase out coal and nuclear energy.

On Monday, the US informed Germany that it would impose sanctions on the Russian pipe-laying vessel "Fortuna" over its involvement in the construction of the Russian-led Nord Stream 2 gas pipeline from Russia to Germany.

A spokesperson for Germany’s Economy Ministry said Berlin was "taking note of the announcement with regret."

According to Refinitiv ship-tracking data, Fortuna is currently anchored in the Baltic Sea near Rostock in Northern Germany.

But despite the Kremlin's claim, Russian gas producer Gazprom acknowledged in a Eurobond prospectus that sanctions could cause the pipeline project may be suspended or scrapped, Reuters reported on Tuesday.

"In exceptional circumstances, including owing to political pressure, such changes may result in a project being suspended or discontinued," Gazprom admitted.

German news daily Bild reported on Tuesday that German company Bilfinger Engineering was the first to pull out of Nord Stream 2, amid the threat posed by sanctions.

According to Bild’s report, the company has at least two contracts with the pipeline that would be immediately withdrawn.

This could pose problems for Gazprom. The company said that should Nord Stream 2 be suspended or canceled, it may face financial claims from contractors.

"We may be required to pay compensation, including damages, penalties, cancellation fees and make other payments. We may also be required to record significant impairment provisions relating to our investments," Gazprom said, according to Reuters.

As the new year starts, three events will have a long-term impact on Gazprom's business in Southeast Europe, affecting the whole EU market. Who will gain, who will lose out?