Through a myriad of political and religious connections, Russia is seeking to establish its presence in Lebanon. In the first of a three-part exclusive for DW, Benas Gerdziunas traces Russia's influence. 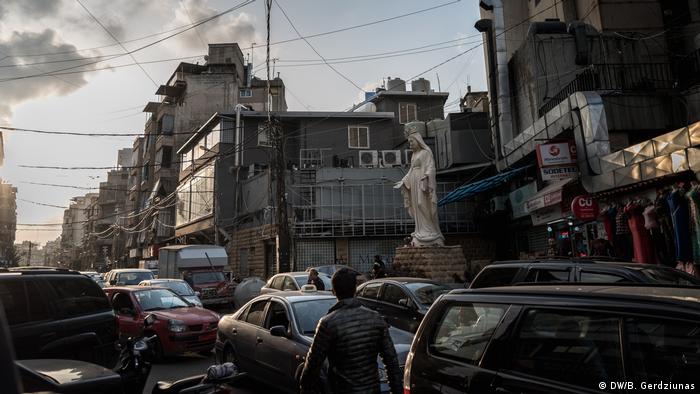 Standing in front of a military parade to mark the day of Russia's military saint, Patriarch Kirill of Moscow proclaimed: "The war against terrorism is a Holy War."

That speech on May 4, 2016 by the head of Orthodoxy in Russia, left the fragmented Arab Christian Orthodoxy desperately trying to shed the enforced "Crusader Church" image.

Even before those statements, 46 Lebanese Orthodox Christians signed a petition condemning the use of "Christian protection as a pretext to serve nationalistic or political goals."

Moscow's "Christian Protection" umbrella and the Orthodox posture — already tried and tested among Europe's far-right movements — has now turned its attention to Lebanon.

As far back as 2008, WikiLeaks exposed a cable by US Political Counselor Robert Petterson, warning of Moscow's planned diplomatic return to the Levant.

"By establishing a physical presence for the Russian state and Church," he wrote, Moscow will use "returned property as 'soft power' in the region."

Petterson also pointed to a bizarre, Tsar-era NGO, that was revived in 1992 — The Imperial Orthodox Palestine Society (IOPS).

"Although the IOPS was founded in 1872 as one of the oldest Russian NGOs, the head of Russia's Audit Chamber, Sergey Stepashin, is chairman of the IOPS and MFA Middle East Department Deputy Director Oleg Ozerov heads its international section," wrote Petterson.

Ultimately, the NGO rose to become a centerpiece of the in Kremlin's activity. By the end of 2017, it managed to secure property returns in Israel and Palestine.

Belying its NGO status, the leadership of IOPS appears to have close links to the Kremlin. Mikhail Bogdanov, IOPS deputy, is currently serving as Russia's deputy foreign minister, while Stepashin served a short stint as prime minister in 1999.

On April 23, 2017, Lebanon's president, Michel Aoun, received a Russian delegation headed by IOPS chairman Stepashin. Stepashin informed the president of the "agreement to establish an IOPS office in Lebanon," claiming "broad support for this idea from representatives of the Lebanese parliament, Orthodox organizations, and the Lebanese public." The public involvement in question, which Stepashin did not disclose, leads to the wealthy and influential Sursock family.

Robert Sursock, a member of the Association of Orthodox Families of Beirut — essentially an alumni network for Tsar-era Russian schools under IOPS — served as the CEO of Gazprombank Invest MENA until 2015.

Russia's state-owned Gazprombank has been under US sanctions since July 2014, in response to Russia's annexation of Crimea.

The only public records of Gazprombank Invest MENA involve a leak in 2015, when $500 million (€423 million) were transferred from Venezuela to Lebanon.

In December 2017, a consortium including Russia's gas producer Novatek, was given the right for gas and oil exploration in Lebanon's coastal areas. Just under 10 percent of Novatek is owned by Gazprom, which in turn, controls Gazprombank.

Read more: Gazprom's monopoly soon a thing of the past?

Physical foothold for Moscow in Lebanon

On March 10, 2017, Hegumen Arseny Sokolov, Moscow Patriarchate representative in the region, reportedly thanked Metropolitan George, the Archbishop of Mount Lebanon, "for his blessing to allocate without charge a plot of land for a Russian cemetery near the Our Lady of Nourieh monastery."

In June, Russian Patriarch Kirill issued a statement, saying "I am confident that the IOPS needs to continue its work in returning Russia's lost historical property" in the Middle East, "including Lebanon."

However, Bishop Georges Safidi of Nourieh Monastery told DW he remains mystified by the deal. "There was a chapel and a cemetery in the contract," he said, and claimed the deal was made "10 years ago" and that the planning permission had recently expired.

Safidi said that "the Patriarch [of Antioch] and Russia's ambassador [to Lebanon]" knew about the initial contract.The reason the deal fell apart, according to the Bishop, was due to funding issues on the Russian side.

Stretching below the Nourieh monastery, the town of Batroun with its Phoenician heritage is one of the two locations of the Lebanese-Russian House.

So far, the organization has appeared only sporadically in the documented meetings between Lebanese and Russian clergy and politicians.

"The Russians are interested in meeting the president, exploring investment options, but not trying to do politics, and the Lebanese-Russian house only does things like film screenings," Ghassan Saoud, an independent journalist, told DW. A Christian, born in an Orthodox village in Lebanon, Ghassan has covered the appearance of political Orthodox forces and their Russian counterparts.

"My village was in urgent need of a medical ambulance, so the chief went to Russian embassy more than 10 times to ask for help, but they never did." The reason they approached the Russians, according to Ghassan, is that they had heard of Russia's pledge to help the Orthodox Christians in Lebanon."If you go to the US embassy, they have USAID, and if you go to the French embassy, they also do social work," said Ghassan. 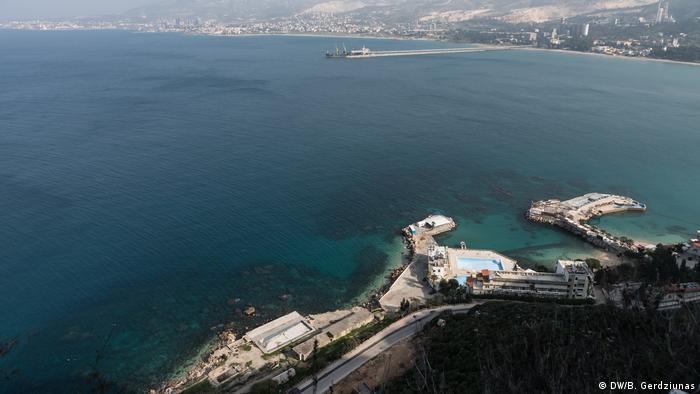 Highlighting the possible monetary difficulties already seen with the Nourieh monastery project, he said "the Russians don't pay for any [social projects]."

Meanwhile, a recent drop in the number of recorded meetings between Russian and Lebanese representatives has coincided with the last-minute delay in signing a bilateral defense deal last month.

The Kremlin has been working to secure military cooperation with Lebanon since February 2017, allegedly to enable Russian forces to use Lebanese facilities in return for an arms deal worth more than $1 billion.

The US, which provided Lebanon with $120 million in defense aid last year, has traditionally been averse to selling heavy armor and combat aircraft. According to Mohanad Hage Ali of the Carnegie Middle East Center, "a number of Lebanese media reports have even suggested that the defense agreement with Russia was at least partly motivated by the fact that Defense Minister Ya‘qoub Sarraf is from the Greek Orthodox community, of which Russia has traditionally been a protector."