The Russian president has expressed a "certain alarm" over the US deployment of intermediate-range conventional missiles in Asia. He said Moscow would now develop arms previously banned under the now-defunct INF Treaty. 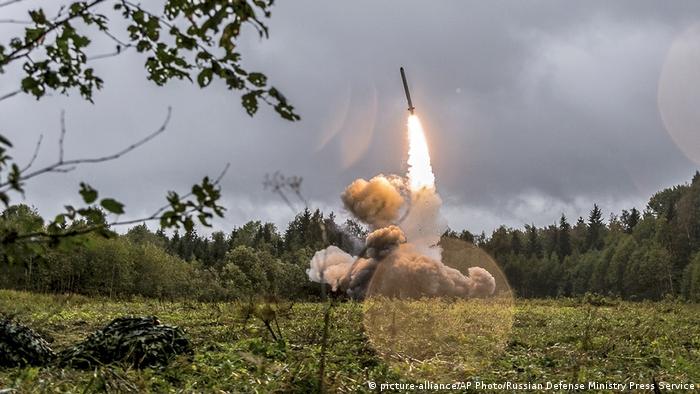 Russian President Vladimir Putin on Thursday said his country would develop missiles banned under the now-defunct Intermediate-Range Nuclear Forces (INF) Treaty in response to the announced deployment of new US hardware in Asia.

"We will make such missiles, of course, but we will not deploy them in the regions where no ground-based missile systems of this class of US manufacture have emerged," Putin said in comments carried by the state-run TASS news agency.

Last month, the US and Russia formally withdrew from the key Cold War-era treaty, which governed the use and deployment of such missiles. In response to the treaty's collapse, the US said it would deploy previously outlawed missiles in Asia "sooner rather than later."

"We regret this and feel certain alarm," said Putin. "If US missiles are deployed in Japan or South Korea, we understand that this will be done to counterbalance potential threats from North Korea, but it will create certain considerable problems for us." 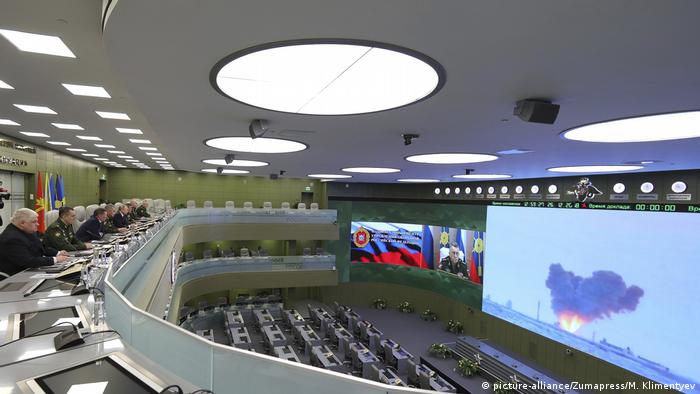 Earlier this year, Russia unveiled a series of advanced arms, including the Avangard hypersonic glide vehicle

Tomas Olivier, who heads international relations at the Netherlands-based DAEL Security, told DW that Russian concerns about the US deployment in Asia are grounded in a strategic outlook that takes into account a changing global security environment.

"From a Russian perspective, with the rise of new Asian military powers and innovative technology, and additionally the possible future deployment of a significant amount of land-based US missiles in Asia, their concern is coherent," said the former Dutch Defense Ministry senior officer.

When asked about how it would affect global security, Olivier said the latest development is a "worrying step into an unknown future with hypersonic nuclear missiles, unexplored military alliances and shifting political rhetoric."

The US decision to deploy ground-based intermediate-range conventional missiles not only triggered criticism from Russia but also China.

The Chinese Foreign Ministry last month said Beijing "will be forced to take countermeasures should the US deploy intermediate-range ground-based missiles in this part of the world."

European officials have warned that the continent's security is in jeopardy following the collapse of the INF Treaty, with German Foreign Minister Heiko Maas calling for renewed efforts in disarmament and arms control "in order to prevent a new nuclear arms race."

Vladimir Putin says he has ordered a reciprocal response after the US tested a missile that would have been banned under the now-scrapped INF treaty. But he said Russia would not be dragged into an expensive arms race. (23.08.2019)

Russia is threatening to revoke DW's accreditation after it declined to accept an invitation to a parliamentary commission in Moscow. DW's Director General Peter Limbourg rejects the Russian allegations. (04.09.2019)