Russia is threatening to revoke DW's accreditation after it declined to accept an invitation to a parliamentary commission in Moscow. DW's Director General Peter Limbourg rejects the Russian allegations. 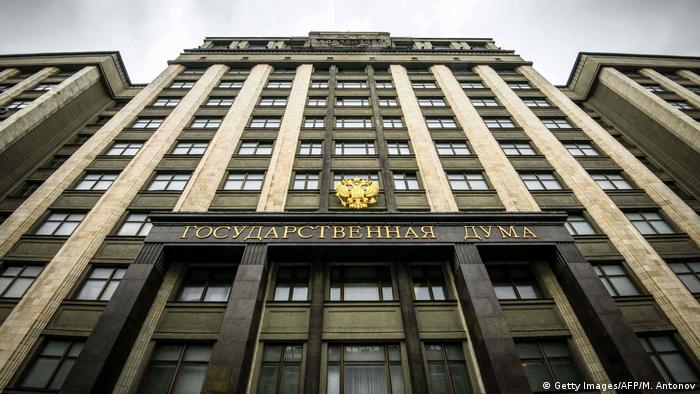 In a statement from Deutsche Welle, Director General Peter Limbourg rejected an allegation that DW had meddled in Russia's internal affairs.

In response to the invitation from the lower house of parliament, the Duma, DW said: "Our reporting follows the rules of balanced journalism. That rules out the potential meddling in the internal affairs of any country."

Limbourg also told the leader of Duma's investigative panel, Vasily Piskaryov: "We are always open for dialogue and have invited Mr. Piskaryov, but we should agree on the framework of the dialogue. This 'summons'  surely is not the appropriate way for an exchange. The threat of revoking accreditation shows the character of this invitation. We are an independent public broadcaster and will not be subject to blackmail. Besides, we have made it clear again and again that we did not get involved in Russia's internal affairs, and neither shall we in future. Furthermore, we have never called for a demonstration with a tweet, but we have simply quoted the organizers. Because this is so obvious, we cannot understand the entire commotion. The accusation that DW has violated Russian laws is completely absurd."

The Duma's security affairs committee is currently conducting an enquiry into the extent to which foreign entities might have supported the recent opposition protests in Moscow. German Foreign Minister Heiko Maas already strongly contested this claim in an August meeting with his Russian counterpart Sergey Lavrov. The leader of the Duma's investigation, Vasily Piskaryov, on Wednesday repeated his call for DW to attend. According to the Interfax news agency, he threatened that either the broadcaster or individual reporters could lose their permits to work in the country, should the renewed invitation be refused.

In Moscow, thousands of people have been demonstrating for weeks against the exclusion of several opposition politicians from upcoming municipal elections this Sunday. Thousands weretaken into police custody during this period, including a DW journalist. DW accused the Kremlin of using "the methods of a police state" in the aftermath of this arrest. The US ambassador to Moscow, John Huntsman, has also been called to testify at the committee. The US Embassy had published safety advice and a map showing the planned route of an opposition march. Some Russian politicians deemed this tantamount to an appeal for people to join the demonstration.

As Moscow calls up reservists, Ukraine's president has urged Russian soldiers to surrender, saying they'll be treated well and won't be forced to return home. Meanwhile, hundreds of people voicing their anger over the call-up have been arrested across Russia.